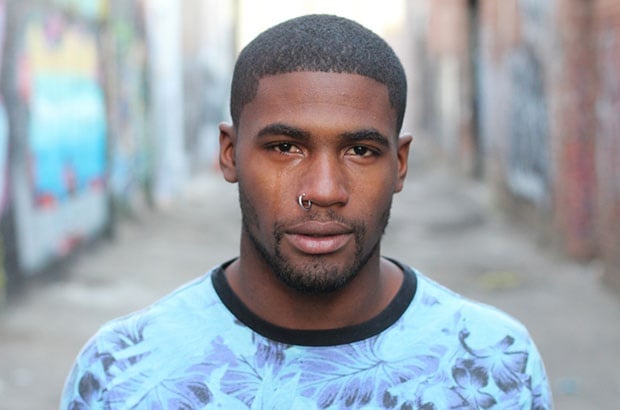 Physical violence in dating relationships has decreased over the past decade among youth, but boys are still reporting higher rates of dating violence than girls. Are we doing enough to protect them?

For some teenagers, involvement in dating relationships can result in experiences of violence, which can have harmful effects on health and well-being, and are associated with higher levels of depression and suicidal thoughts and poorer educational outcomes.

It is often assumed that girls are more frequent victims of dating violence than boys. Findings from a recent study we published in the Journal of Interpersonal Violence, however, challenge this belief.

Has your teen been abused by a dating partner? Are we teaching teenagers enough about how to identify an abusive relationship? And are we empowering boys just as we are empowering girls? Send your thoughts to chatback@parent24.com and we may publish your comments and letters. Do let us know if you'd like to remain anonymous.

Drawing on data from over 35,000 students aged 12 to 19, we found that reported rates of dating victimisation were higher among adolescent boys than girls.

This research was conducted by Catherine Shaffer, a PhD student in psychology at Simon Fraser University whose research focuses on the assessment and management of violence among youth, and Elizabeth Saewyc, a professor in nursing at the University of British Columbia and internationally recognised leader in research with vulnerable adolescents.

Along with other members of the research team — Jones Adjei, Kevin Douglas and Jodi Viljoen — we analysed data collected in 2003, 2008 and 2013 in British Columbia, Canada. This data was collected by McCreary Centre Society, a community non-profit organization dedicated to improving adolescent health.

It could be that boys have been taught not to physically lash out against a dating partner, whereas it is still more socially acceptable for adolescent girls to hit or slap boys in dating relationships.

We also examined whether the incidence of dating victimisation was increasing, decreasing or stable over the 10-year period.

Given the development of intervention and health policies to reduce dating victimisation, it is important to examine whether rates of victimisation have changed in recent years. To the best of our knowledge this is one of the first studies in Canada to examine adolescent dating violence trends, and one of the first in North America to compare these trends between boys and girls.

We found that physical violence in dating relationships has decreased over the past decade among youth. In 2013, only one in 20 youth had reported experiencing dating victimisation, down from one in 14 youth in 2003.

Although this decline is small, results are promising and suggest current programs and policies to reduce violence and bullying among youth may be having some effect.

The decline in dating violence at the population level seems to be driven by a significant reduction in dating victimisation among boys. The rate among girls, however, is stable.

For instance, while the proportion of boys reporting dating violence dropped to one in 16 youth from one in 14 youth in 2003, for girls the rates of dating violence was one in 25 in 2003 and 2013.

It could be that interventions to reduce dating violence may not be as effective in protecting girls. Additional targeted interventions may be needed to further reduce the number of adolescent girls who are physically hurt by a dating partner.

Consistent with trends in United States

The current findings emphasise that both girls and boys should be the focus of intervention programming and health policies to reduce dating violence.

These findings are consistent with studies from the United States. However the generalisability of these findings to other countries is unknown. Thus, international research is needed.

Research should also be conducted to identify the mechanisms underlying the observed differences between boys and girls, as well as to examine gender differences in the risk and protective factors associated with dating victimisation, and how changes in these contribute to changes in wider trends.

Everyone deserves to have a healthy relationship, regardless of gender.

Has your teen been abused by a dating partner? Do you think we've neglected to intervene in abusive, specifically youth, relationships? Are we teaching teenagers enough about how to identify an abusive relationship? And are we empowering boys just as we are empowering girls? Send your thoughts to chatback@parent24.com and we may publish your comments and letters. Do let us know if you'd like to remain anonymous.

Sign up to our weekly newsletter to receive Parent24 stories directly to your inbox.
We live in a world where facts and fiction get blurred
In times of uncertainty you need journalism you can trust. For 14 free days, you can have access to a world of in-depth analyses, investigative journalism, top opinions and a range of features. Journalism strengthens democracy. Invest in the future today. Thereafter you will be billed R75 per month. You can cancel anytime and if you cancel within 14 days you won't be billed.
Subscribe to News24
Related Links
“How boys learn domestic abuse, and how girls learn to forgive it”
Everything you need to know about child abuse
Sulky kids and broken hearts: Help your kids deal with rejection with these 5 steps
Next on Parent24
Only 9% of teens exercised regularly during lockdown. Here's how to get your child moving again