Online suicide and the dark psychology of internet insult forums 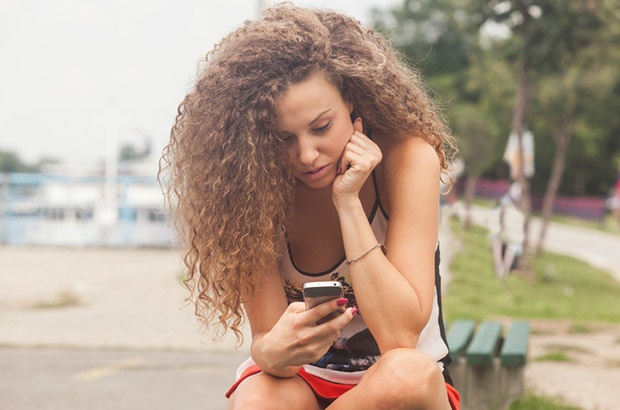 Social media platforms have made it somewhat easier for bullies to torment their peers as it gives them anonymity, removing their accountability.

Leon Jenkins was 43 when he took his own life in July 2018. He livestreamed his suicide on an internet forum where users can freely – and viciously – insult, berate, provoke and abuse each other. The idea is to make people leave the site when they can take no more.

Gregory Tomkins and Kevin Whitrick also broadcast their suicides live on the internet. All three were active members of online insult communities. There are thousands of people who log on to such platforms for the sole reason of abusing others in an attempt to force them to leave the thread – a distressing online power struggle of domination and submission.

Reviewing this case, it seems that at least two of these men had something in common: Leon Jenkins reportedly told his abusive community that he suffered from depression; Kevin Whitrick was said to have had a history of depression. The coroner in an inquest into his death called for a ban on these sites to prevent further suicides.

This is primarily because there is no screening process for vulnerability on these forums that you might find, for example, in prisons. In fact, there is nothing to cover the issue beyond a direct question at the registration stage, and this is easily manipulated and really serves only to protect the site, not the user.

Even if a would-be user did highlight their vulnerability and were excluded, this could potentially do greater harm by preventing them from connecting with others, if it was the only form of contact they had with other people. The solution is neither straightforward nor obvious.

Do you think social media sites should be doing more to protect their users, especially minors? Should they screen users before they're allowed to join social media platforms, or ban abusive threads? Should they remove the users' anonymity? Or does that infringe on their privacy? Would do you think? Tell us by emailing chatback@parent24.com and we may publish your comments on the site. Do let us know if you'd like to remain anonymous.

Who are these online sadists?

It is not clear what motivates people to seek out such sites and endure abuse or mete it out to others. Are the abusers online trolls? Cyber-bullies with anger and aggression problems? Or can they be judged as online sadists? Regardless, without any specific terminology for these individuals one thing is certain: the abusers gain gratification from humiliating and tormenting others online. And there are zero repercussions for this damaging behaviour in the way that there would be in the real world.

Online abusers can cause hurt to others, and do so repetitively, without interruption and all the while are protected by the safety that anonymity provides in cyberspace.

Studies suggest that they might be driven by their own past trauma as a victim of similar behaviour, or simply to satisfy the needs created by their narcissistic psychopathic personality traits.

Either way, the research behind online trolling or abusive behaviour is in its infancy, much like the existence of these sites. Research on criminal narratives, if a sample of abusers could be accessed, would build on this emerging area of study, and provide insight into the roles that these abusers see themselves playing.

Who are the victims?

However, finding ways to protect vulnerable people should be the first priority.

One such avenue would be to examine the notes and messages these victims leave behind online. In our work on online suicide notes, important behavioural aspects give an insight into the struggles that individuals are facing at the time. Further study could begin the process of finding mechanisms to help provide support to those exhibiting risk behaviours such as depression, despair or hopelessness online and build on the narrative research that has had some success in identifying victim roles.

Perhaps these victims were not fully aware of the extreme abusive nature of these platforms when registering. However, after repeated humiliation, degrading, abuse and harassment, individuals can become susceptible to psychological harm, such as depression, anxiety, post-traumatic stress disorder (PTSD), self-harm, and suicide.

The reasons victims return to these sites to face abuse again and again are unclear, but it could be that they feel being abused is the only way they have available to connect with other people. But more research is needed to establish whether or not repeated visits result in some kind of addiction in victims.

Why do these sites not prevent abuse or intervene?

Some might wonder why these sites aren’t trying to prevent gratuitously abusive behaviour that can lead to suicide.

The reason is an economic one: there is no incentive or onus on them to do anything. There is no proper or effective policing, accountability or consequences. Such sites can generate huge revenues in reaching millions of members, through advertising income and subscription fees.

In our work highlighting these issues within the media, we have called on social media sites to do more to protect their users and requested a discussion around the issue of anonymity. Without accountability, it will always be harder to safeguard vulnerable people online.

In the UK, Samaritans can be contacted on 116 123 or by email: jo@samaritans.org. Other similar international helplines can be found here.

Do you think social media sites should be doing more to protect their users? Should they screen users before they're allowed to join social media platforms? Should they remove their anonymity? Or does that infringe on their privacy? Would do you think? Tell us by emailing chatback@parent24.com and we may publish your comments on the site. Do let us know if you'd like to remain anonymous.

Sign up to our weekly newsletter to receive Parent24 stories directly to your inbox.
We live in a world where facts and fiction get blurred
In times of uncertainty you need journalism you can trust. For 14 free days, you can have access to a world of in-depth analyses, investigative journalism, top opinions and a range of features. Journalism strengthens democracy. Invest in the future today. Thereafter you will be billed R75 per month. You can cancel anytime and if you cancel within 14 days you won't be billed.
Subscribe to News24
Related Links
13 reasons to talk about teen suicide
Boytjie hero Logan Paul’s sickening video reinforces call for better child protection online
Childhood bullying can cause lifelong psychological damage – here’s how to spot the signs and...
Next on Parent24
Only 9% of teens exercised regularly during lockdown. Here's how to get your child moving again