These are the books Elon Musk read as child The South African entrepreneur, engineer, founder of SpaceX and co-founder of Tesla Inc, Elon Musk, recently graced the cover of Rolling Stone magazine. The feature article opened with a description of Musk’s humbling corner cubicle decorated with references to his love for outer space.

The article mentions a framed poster that reads, "When you wish upon a falling star, your dreams can come true. Unless it's really a meteor hurtling to the Earth which will destroy all life. Then you're pretty much hosed, no matter what you wish for. Unless it's death by meteorite."

The article continues, suggesting that “to most people, this would be mere dark humour, but in this setting, it's also a reminder of Musk's master plan: to create habitats for humanity on other planets and moons.”

With such triumph and dreams that are literally out of this world, one can’t help but wonder what could have contributed to and shaped the genius that is Elon Musk.

Musk told Rolling Stone that growing up he didn’t have a nanny – only a housekeeper who was only watching over him to make sure he didn’t break anything. But he was often able to slip away. “She wasn't, like, watching me. I was off making explosives and reading books and building rockets and doing things that could have gotten me killed. I'm shocked that I have all my fingers."

Musk reveals that much of his work was influenced by one thing in particular: books.

"I was raised by books. Books, and then my parents," he explained.

We’ve rounded up the books that inspired this extraordinary child for those who, like Elon Musk, are craving to read beyond the average school set list.

1. Structures: Or Why Things Don't Fall Down by J.E. Gordon If you’re wondering how things work, and by things we mean simple and basic scientific concepts such as compression and fracture, this book, free of jargon and combined with witty excerpts, is the perfect read.

Musk learned rocket science by reading books on astrophysics and engineering and saying of this book, “It is really, really good if you want a primer on structural design.” 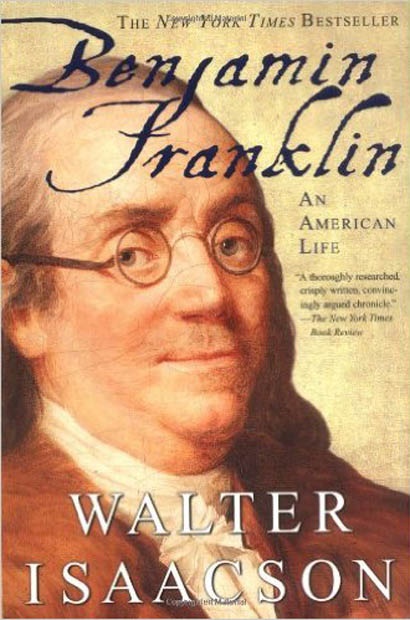 Musk explained in an interview with Foundation’s Kevin Rose that while he loved reading comics, he was also inspired by other inventors such as author, scientist and diplomat Benjamin Franklin. He “most admired” Franklin for being an entrepreneur, saying, “He started from nothing. He was just like a runaway kid.”

The witty and vivid biography follows the life of Benjamin Franklin and explains why and how his genius has inspired many the world over.

3. Einstein: His Life and Universe by Walter Isaacson Einstein: His Life and Universe is another one of Isaacson’s biographies, this time following the life of Albert Einstein. In the same interview, Musk revealed that he was also inspired by the work of Einstein – an inventor who similarly persevered and ended up changing the world. Worth reading Superintelligence by Bostrom. We need to be super careful with AI. Potentially more dangerous than nukes.

5. Merchants of Doubt by Erik M. Conway and Naomi Oreskes Similarly, Musk also recommends Erik M. Conway and Naomi Oreskes' Merchants of Doubt. The book, with the help of its authors – two historians of science – debunks certain dark ideologies we’ve come to believe about smoking and lung cancer, for example, coal smoke and acid rain and CFCs affecting the ozone hole. For the book suggests that with the aid of the media, corporations have pulled the wool over society’s eyes and skewed the public understanding of important public health issues and the actual effects of smoking.

6. Zero to One: Notes on Startups, or How to Build the Future by Peter Thiel PayPal cofounder Peter Thiel wrote Zero to One: Notes on Startups, or How to Build the Future to explain just that to readers – how to go about creating something completely new that could change the future. Musk endorsed the book saying it’s an interesting exploration that could contribute to building successful businesses.

7. Lord of the Flies by William Golding 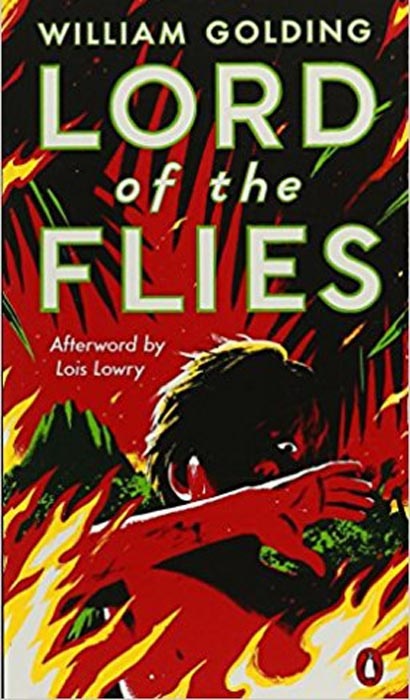 Musk read a lot of fantasy and science fiction growing up and said the heroes of the books he read “always felt a duty to save the world”. He mentioned J.R.R. Tolkien’s The Lord of the Rings in his interview for The New Yorker, as well as the Foundation series.

Willian Golding’s Lord of the Flies is another such novel, showing the bravery and triumph of a group of schoolboys who are the sole survivors on an island when their plane comes crushing down.

8. The Foundation Trilogy by Isaac Asimov Musk describes Isaac Asimov’s Foundation series in The Guardian as “sort of a futuristic version of Gibbon's Decline and Fall of the Roman Empire.” He continues, “Let's say you were at the peak of the Roman empire, what would you do, what action could you take, to minimise decline?"

He therefore explained to Rolling Stone the impact it had on him, saying: "The lesson I drew from that is you should try to take the set of actions that are likely to prolong civilization, minimise the probability of a dark age and reduce the length of a dark age if there is one."

Which books inspired you growing up? Tell us by commenting below.