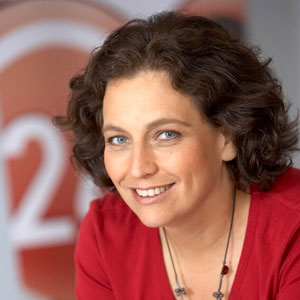 ‘I hope my baby is going to be ok. Hope she wakes up and is conscious :-(‘

My Facebook friend M’s status scared the hell out of me. I replied instantly: ‘What’s wrong? Hope everything is okay.’ Many other friends left similar messages.

Soon she came back on and explained that she had to rush the baby to hospital after she had a fit and lost consciousness.

It makes perfect sense to me that, in that crisis moment, M would reach out to her support base through the quickest possible communication means – much faster than phoning each one individually. We were able to share that fear, those who wanted to could pray for her, and she could feel less alone in the stress of the moment.

But criticism has been levelled against a mom in a similar situation in America who posted on Twitter after her son fell in the swimming pool.

According to The Huffington Post, mom Shellie Ross tweeted half an hour after phoning the paramedics:  "Please pray like never before, my 2 yr old fell in the pool."

The backlash happened pretty quickly, with some people feeling it was inappropriate for her to be tweeting at a time like that.

I don’t see why anyone would see something wrong with this. She wasn’t tweeting while her son was in the water, and it takes seconds to post a message like that. It’s like saying it would be wrong to phone someone on a cellphone, or email them if you’re in trouble.

It’s all just technology that helps us communicate with the people in our worlds – and we surely have just as much right to use it to reach out when our families are in need as we do when we are making tea or telling people about an interesting website.

Do you think people reveal too much on social media networks?

We live in a world where facts and fiction get blurred
In times of uncertainty you need journalism you can trust. For 14 free days, you can have access to a world of in-depth analyses, investigative journalism, top opinions and a range of features. Journalism strengthens democracy. Invest in the future today. Thereafter you will be billed R75 per month. You can cancel anytime and if you cancel within 14 days you won't be billed.
Subscribe to News24
Related Links
Parent24 on Twitter
Kids on display
Big mother is watching
Next on Parent24
Infant Illnesses | Spotlight on adenovirus

Read more on:
twitterhealthbabysocial networks
Events
Locals encouraged to tell their homegrown stories to ignite a love for reading