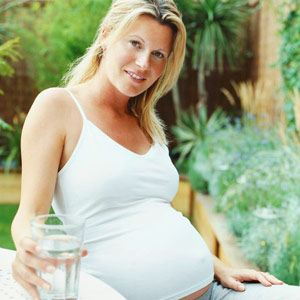 More than one third of mothers and more than half of their infants have vitamin D deficiency at the time of birth, investigators report.

What's more, prenatal vitamin D supplements do not fully protect against this deficiency, according to data released at Pediatric Academic Societies annual meeting.

Anne Merewood, Director of the Breastfeeding Center at Boston Medical Center, and her associates measured vitamin D levels in 433 women and 376 newborns using blood samples obtained within 72 hours of birth. They also collected data from questionnaires completed by the mothers and from the mothers' medical records.

The results showed that vitamin D deficiency was present in 36% of mothers and 58% of the babies. The deficiency was classified as severe in roughly two-thirds of the cases.

Among women who took the vitamin D prenatally five or more times a week during the third trimester, more than 30% were still deficient at the time they gave birth.

Merewood called for measures to ensure that women of childbearing age maintain an adequate vitamin D intake. "The most obvious way to correct deficiency is sensible sun exposure," she said. "While a sunburn should be avoided, even a small amount of time spent outdoors was protective against deficiency."

The Boston researcher emphasized that the results need to be interpreted cautiously given the ongoing debate among experts on the definition of vitamin D deficiency.

Few children who are technically classified as vitamin D deficient have any apparent physical signs of deficiency, she explained. "More research is needed to determine the exact definition of deficiency, especially in children."

Do you think using vitamin supplements while pregnant is a good idea?

We live in a world where facts and fiction get blurred
In times of uncertainty you need journalism you can trust. For only R75 per month, you have access to a world of in-depth analyses, investigative journalism, top opinions and a range of features. Journalism strengthens democracy. Invest in the future today.
Subscribe to News24
Related Links
Risky business
Sun could be bad for the bones
Next on Parent24
World's first HIV-positive sperm bank shares stories of virus-free babies born to positive parents