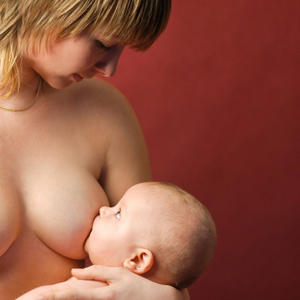 Babies are less likely to develop a respiratory or gastrointestinal infection if they are exclusively breastfed for at least 6 months, according to a Dutch study.

These findings, reported in the journal Pediatrics, support the World Health Organization (WHO) recommendation that infants be breastfed exclusively for 6 months and support "current health-policy strategies that promote exclusive breastfeeding for 6 months in industrialized countries," the researchers conclude.

Dr. Henriëtte A. Moll and colleagues at the Erasmus Medical Center in Rotterdam analyzed health data on roughly 4,100 infants born in Rotterdam between 2002 and 2006.

Exclusive breastfeeding - whether 4 or 6 months - appeared to have a less dramatic effect in reducing the risk of developing gastrointestinal infections, especially in the second half of the first year.

The study pulled data from a large population of children that allowed the researchers to adjust for factors that could have an impact on infection rates such as family history of asthma, mite allergies, and smoking in the household.

Breastfeeding rates have been trending upward since 1993 in the United States, with the steepest jump seen most recently among African American women. According to the Centers for Disease Control and Prevention, 77 percent of infants born between 2005 and 2006 were breastfed at some point compared to 60 percent in 1993.

The largest drop-off in breastfeeding occurs when women return to work, a fact Moll believes must be addressed by "translating the study results into practice."

She favors extending maternity leave to 4 to 6 months after the birth of a child and creating for working women "adequate facilities to continue breastfeeding." Failing that, breast pumps can be used to express mother's milk for use later.

A recent study found that $13 billion could be saved annually if 90 percent of U.S. mothers would exclusively breastfeed for 6 months. The findings were disputed by the infant formula industry group, International Formula Council, which said the researchers failed the account for the many costs of breastfeeding such as training mothers, time off from the job and setting aside space at the worksite.

Not so, says Dr. Ruth Lawrence, chair of American Academy of Pediatrics' Section on Breastfeeding.

"From a practical standpoint, it's to an employers benefit to facilitate breastfeeding," she told Reuters Health, adding that the study by Moss and colleagues adds to research that shows that breastfed babies are healthier babies.

"Absenteeism of parents of bottle-fed babies is extremely high and that's costly to an industry and it's a lot cheaper to facilitate breastfeeding," Lawrence said.

How many months do you plan on breastfeeding?

We live in a world where facts and fiction get blurred
In times of uncertainty you need journalism you can trust. For 14 free days, you can have access to a world of in-depth analyses, investigative journalism, top opinions and a range of features. Journalism strengthens democracy. Invest in the future today. Thereafter you will be billed R75 per month. You can cancel anytime and if you cancel within 14 days you won't be billed.
Subscribe to News24
Related Links
Boob + baby = less fever
I breast AND bottle-feed
Has enthusiasm for breastfeeding gone too far?
Next on Parent24
How to breastfeed: a quick list of key articles

Read more on:
breastfeeding
Events
Sasol is looking for bursars for an all-inclusive bursary for 2023 - Apply now