Breastfeeding in public is a human right 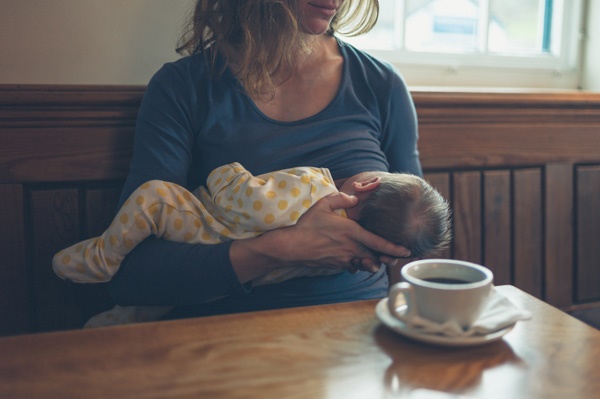 From the moment they are born, babies are granted universal human rights. These include ‘the right to life, survival and development and to the highest attainable standard of health’. As we observe Human Rights Day on 21 March, we should recognise that when our society forces mothers to breastfeed in public toilets it is not just unkind and unhealthy, it is a violation of their basic human rights.

Breastfeeding is a vital part of any infant’s development. Hundreds of scientific studies on the subject are unambiguous: breastfeeding a child for the first 12 months of its life is the best way to ensure it grows up healthy. Yet nursing mothers are subject to harassment and public shaming if they dare to breastfeed in public.

“It’s an indictment on our society that we tolerate topless models in our fashion magazines, but that breastfeeding mothers are chased out of public spaces on a daily basis,” says Stasha Jordan, breastfeeding activist and executive director of the South African Breastmilk Reserve (SABR).

“Many mothers are forced to use public bathrooms to feed their babies rather than face this kind of abuse,” says Jordan. “A public toilet is one of the most unhygienic and dangerous places that you can nurse your infant in,” she continues.

When a toilet is flushed without first closing the lid, fine droplets of excrement are sprayed into the air. These can drift around the room for up to two hours after each flush before finally settling, invisibly, on surfaces throughout the area. These droplets carry a wide variety of pathogens, including viruses and bacteria, many of which could prove deadly to an infant’s fragile immune system.

Breastfeeding at work is already protected under South African law. The Basic Conditions of Employment Act (BCEA) stipulates that employees with infants must be allowed two breaks of 30 minutes each, every working day, to allow for breastfeeding or expressing milk. These breaks are mandatory for the first six months of the child's life.

This protection may, in time, be extended to mothers breastfeeding in other public spaces. The Normalise Public Breastfeeding in SA (NPBSA) movement represents hundreds of women from across the country. Together, they have drafted the “Breastfeeding and Related Matters Bill”, a proposed law that will protect mothers from discrimination in public, and have submitted it to the office of Health Minister Aaron Motsoaledi.

In an interview with the Cape Argus, Joe Maila, spokesperson for Health Minister Motsoaledi, welcomed the proposed bill. Maila said that “…as government, we fully support breastfeeding as it has been proven as one of the interventions that will reduce this country’s infant mortality… it is the way to go. I think criticism of public breastfeeding is unwarranted and absurd.”

“Breastfeeding is a human right,” says Jordan, “whether in public or at home, babies deserve the best chance at healthy lives, and that means breastfeeding for at least the first six months of their lives. Our responsibility is to encourage and support mothers, not to harass or shun them.”

To get involved and alleviate the challenges faced by The South African Breastmilk Reserve (SABR), including low breastfeeding rates in South Africa, sourcing donor mothers and funding for the operation of the milk banks, please visit www.sabr.org.za or call 011 482 1920 or e-mail: info@sabr.org.za.

Have you been harassed for breastfeeding in public? Or conversely been emphatically supported? Send us your stories to chatback@parent24.com and they could be published.

We live in a world where facts and fiction get blurred
In times of uncertainty you need journalism you can trust. For only R75 per month, you have access to a world of in-depth analyses, investigative journalism, top opinions and a range of features. Journalism strengthens democracy. Invest in the future today.
Subscribe to News24
Related Links
The battle to breastfeed
SA mom discriminated against for breastfeeding on kulula flight
4 reasons to never breastfeed your baby in public
Next on Parent24
How to breastfeed: a quick list of key articles