Your breastmilk is crawling with bacteria! And that's a good thing 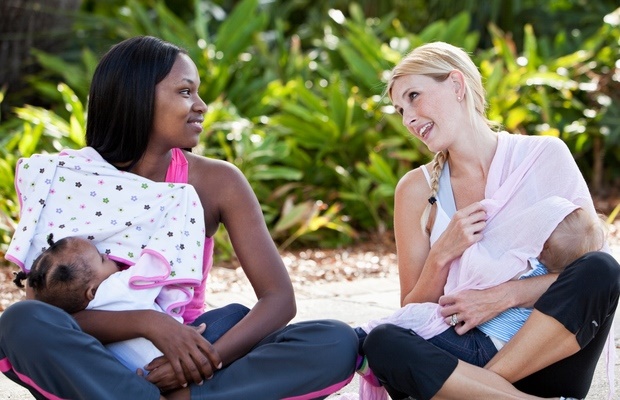 Investigating the make up and composition of breast milk has been a critical part of understanding how newborn babies build their immune systems and ward off disease later in life.

Initially it was thought that breast milk did not contain bacteria except when a mother had an infection. But more recent studies have shown that breast milk has millions of microbes (bacteria, viruses and fungi) that are critical to preventing babies from suffering diseases and other acute infections later in life.

These include ear infections, meningitis, urinary tract infection, asthma, type 1 diabetes and obesity. To develop their immune systems babies need an optimal slew of bacteria to colonise their gut.

Previous research has shown that the bacterial makeup in breast milk is unique to every mother – like a fingerprint. Several factors affect the composition of this bacterial community.

These include the mothor’s diet and well-being (stress, for example, has a major impact), the age at which she has a baby, her geographic location, the mode of delivery of the baby, as well as her use of antibiotics or probiotics.

We set out to delve deeper by looking at the bacterial composition of mothers’ milk in different countries - China, South Africa, Spain and Finland. Our aim was to identify the impact of four different geographical locations: Asia, Africa, and North and South Europe on breast milk composition.

We focused on the microbiome - the microorganisms in a particular environment - as well as the fatty acid composition of the mother’s milk. We also looked at the impact of the mode of delivery on breast milk.

We found that the collection of bacteria in the breast milk of the women we studied varied between countries. This, as other studies have suggested, may be due to what they ate.

We also confirmed previous findings from studies in Finland and Spain that there’s a link between the mode of delivery and milk microbiome. But we found that the impact differed depending on the country.

These different bacterial collections are, in turn, passed onto babies through breast milk.

Read: How to boost breastmilk

Our findings add to the body of growing knowledge about breast milk and opens the door to a more granular understanding of its bacterial composition. This is important as it could identify additional benefits to breast feeding which in turn could help efforts to increase the number of women who breastfeed.

Global health bodies strongly recommend that babies be breastfed exclusively until they are six months old. This is based on research that shows that breast feeding is best for babies.

Yet only 38% of all babies in the world are fed for half a year. The effect on their health has been extensively studied. For example research shows that in developing countries babies who are not breastfed are 14.4 times more likely to die in the first months of life from diseases such as diarrhoea and pneumonia than babies who are breastfed.

Bacteria start to be transferred from mother to baby in the womb. This continues during the actual birthing process and then after birth through breast milk when millions of microbes are send into the baby’s gut every day.

This is important because breast milk bacteria play several roles in the baby’s gut. They:

Our study confirmed earlier research that the bacterial makeup of a mother’s milk is affected by a number of factors. These include:

When it comes to the mode of delivery of the baby we found that it had an impact on the microbiome in the mother’s milk. But this differed between countries.

Previously it has been suggested that the hormones released during labour can influence the bacterial community in breast milk. Where elective cesarean section is the delivery mode – that is when a mother has a cesarean section before going into labour – these labour hormones are not released and therefore no alteration of the breast milk bacterial community is observed.

Our research confirmed earlier findings that the well-being of the mother is also of utmost importance. For example, a good diet and regular exercise, even before she falls pregnant.

In our study, diets differed. For example in Finland, the diet is rich in oily fish which is high in omega-3 fatty acids. The Spanish use olive oil, whereas the Finnish use Canola oil and South Africans use sunflower oil. These differences have a significant affect on the microbiome.

Breast feeding rates need to increase to meet the sustainable development goals which strive to reduce maternal and infant deaths.

Our research on the breast milk microbiome and its core role in infant health is an attempt to improve infant health by providing additional information on these bacteria. Primary health caregivers, nurses and midwives, partners and mothers all need to be equipped with as much information as possible about its positive attributes so that the prolonged benefits of breast feeding can be shared with mothers, and the practice initiated immediately.

What are your thoughts around the nutrients, minerals and bacteria in breastmilk? How long did you breastfeed your child and why? Share your thoughts and experience to chatback@parent24.com and we may publish your story. Should you wish to remain anonymous, please let us know.