Child abuse up in credit crunch 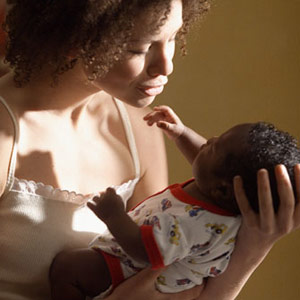 One 4-month-old baby was shaken so violently she needed surgery. Another 3-week-old suffered fractured ribs from abuse at home. A 9-year-old diabetic boy stopped receiving proper treatment for his condition.

Those cases reported by Boston hospitals are part of a spike in child abuse in United States during a recession that has driven some families to the brink and overwhelmed cash-strapped child-protection agencies.

"In the last three months we have twice as many severe inflicted injury cases as we did in the three months the previous year," said Allison Scobie, program director of the Child Protection Team at Boston's Children's Hospital.

"We're finding that it is directly attributable to what is happening economically," she said. "Many of the hospitals around here report an increase of 20% to 30% of requests for consultation regarding suspected child maltreatment."

Many cases bear the imprint of economic troubles, like a 9-year-old diabetic boy hospitalized after his mother, a single parent, could no longer afford insurance co-payments needed to treat his disease. She left him home alone for long stretches on days when he required medical attention.

"She had difficulty with the bare bone things that would keep this child healthy," said Scobie.

Similar stories have surfaced in other regions, according to anecdotal and official reports. The Illinois department of child and family services, for example, reported a 5.8% rise in child abuse cases in the state in 2008. In the Chicago area, child abuse cases rose more than 9% last year.

Child abuse cases in Ohio, a state hit hard by the recession, topped 100 000 for the first time in 2007 and have continued to rise, according to the Public Children Services Association of Ohio, a nonprofit association of agencies charged with child protection.

"Many of our county agency directors tell us their child abuse reports have risen," said the group's director, Crystal Ward Allen, whose agency relies heavily on local revenue drawn from property taxes, which have collapsed in the recession.

"Our basic safety net is really faltering," she said.

But some see that changing dramatically. A March poll by Mason-Dixon Polling and Research showed that 88% of 607 sheriffs, district attorneys and chiefs of police nationwide expect a rise in child maltreatment. They based their views largely on similar rises in past recessions.

'Huge influx of shaken-baby cases'
Many doctors agree. Seattle's Children's Hospital and the Harborview Medical Center are seeing more children suffering subdural bleeding caused by blows to the head from abuse. In a typical year, they treat about one such child a month. Last year, they admitted nearly three times as many - or 32 children.

"We have been pretty busy again this year,' said Dr. Kenneth Feldman, medical director of the Children's Protection Program at Seattle Children's Hospital. "The vast majority are from families who are struggling financially."

A flurry of similar cases startled doctors late last year in Syracuse, New York. "I was just shocked," said Dr. Ann Botash, who heads the Child Abuse Referral and Evaluation Program at State University of New York in Syracuse, a city of about 147 300 people.

The medical university where she works treated 19 children with head injuries consistent with beatings or being severely shaken last year, including four who died, up from just a handful the year before. Victims averaged about 7 months old.

"Around December I saw much more than I usually see. I usually get one consult a month. And we were quadrupling that," she added. "I'm seeing more severe physical abuse. In general there's a lot more stress right now in society. And it comes out on the kids. They are the weakest link."

Some doctors term such cases "shaken-baby syndrome," which the National Institute of Neurological Disorders and Stroke says bear distinct signs: brain hemorrhaging, retinal hemorrhaging and damage to the spine, neck or ribs.

Because of a baby's relatively large head and weak neck, shaking "makes the fragile brain bounce back and forth inside the skull and causes bruising, swelling and bleeding, which can lead to permanent, severe brain damage or death," it says.

"We saw a huge influx of shaken-baby cases," said Dr. Alice Newton, medical director at Massachusetts General Hospital's Child Protection Team, which treated 25 children for serious abuse this year. That compares with 16 for all of 2008.

In a typical year she might see 12 to 14 children for serious inflicted head trauma. But she's already seen nine this year. And many are from families without the usual warning flags such as a prior history of child abuse or drug problems.

In one case, a 4-month-old girl was admitted in a "staring spell" and needed surgery to remove fluid around her brain. The father had been laid off and the mother was working. Money was tight, she said. Some utilities had been shut off in the home.

"That clearly is a family that is stressed," she said.

The girl was treated a month earlier for similar symptoms and vomiting, but doctors at the time didn't suspect abuse.

Such cases in Boston are sent to Suffolk County District Attorney Daniel Conley, who has seen allegations of child abuse more than double in January to February from the same period last year, said Conley's spokesman, Jake Wark.

Some parents are arrested and prosecuted, and their children put in the care of relatives or foster families. But overwhelmed and underfunded agencies are not able to keep pace with the rise.

"It's pretty much everything. A lot of physical abuse. Some neglect," he said.

Many state agencies and hospital are grappling with the increases while facing budget cuts. In Massachusetts, for example, the Department of Children and Families in charge of protecting children from abuse expects to see its budget cut by $25 million in fiscal 2010.

How are you coping with stress in your family?

We live in a world where facts and fiction get blurred
In times of uncertainty you need journalism you can trust. For 14 free days, you can have access to a world of in-depth analyses, investigative journalism, top opinions and a range of features. Journalism strengthens democracy. Invest in the future today. Thereafter you will be billed R75 per month. You can cancel anytime and if you cancel within 14 days you won't be billed.
Subscribe to News24
Next on Parent24
Infant Illnesses | Spotlight on adenovirus