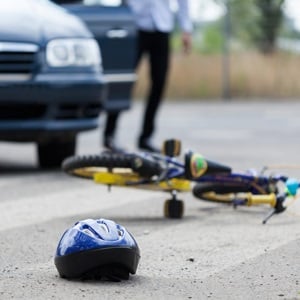 If a vehicle reverses into an infant or toddler they can sustain anything from minor to life threatening injuries.

ER24 is pleading with motorists to be cautious when reversing a vehicle.

Always check behind your vehicle before reversing. If you have small children in the vicinity, do not drive the vehicle unless you can see them and they are in a safe place.
ER24 paramedics recently attended to a one year old baby who was critically injured when a vehicle collided with him.

It is understood the child might have been behind a vehicle when it reversed. Unfortunately the child died.

There have been a number of incidents involving motorists reversing into children over the past few weeks.

Cameron Horner, an ER24 South Metropole paramedic, said, “There have been quite a few incidents like these in recent weeks, three of which I attended. All incidents involved toddlers. One incident I attended to involved a girl between 18 months and two years old.

“She sustained minor injuries. Another incident involved an 18 month old boy who sustained a femur fracture,” he said.

Unfortunately there was nothing paramedics could do in the third incident he attended.

“Make sure children are out of harm’s way. Put them in the vehicle first or make sure someone is holding them a safe distance away from a moving vehicle. If you are in an area where you know there are children around, make sure you look around before reversing your vehicle,” said Horner.

Liver ruptures, pelvis fractures and head injuries are some of the life threatening injuries they can sustain.

Older children tend to be able to defend themselves better and in the scenario of a reversing vehicle will often be able to move out of the way sufficiently to only sustain limb injuries.

“However where this does not happen, the injuries will be similar to those of a toddler.

“Adults also try to defend themselves from the impact and therefore injuries are often limited to a single limb or area of the body. However, this can still be serious or even fatal and is not an uncommon cause of fatality in industrial and mining environments where vehicle operators have limited view due to the size of their vehicles,” said Dr Wessels.

If you do find yourself in an incident where someone has been reversed into:

•      First ensure safety of the rescuer. The vehicle needs to be switched off and prevented from further movement.
•      Try not to move the injured person unnecessarily as this may cause further injury. However, if the person is in danger or unable to breathe, sufficient movement to remove the person from danger or to open the airway should be done as carefully as possible.
•      Control visible bleeding by direct pressure on the wound with a clean dressing or piece of cloth.
•      Do not give the person anything to drink until professional medical help has arrived.

We live in a world where facts and fiction get blurred
In times of uncertainty you need journalism you can trust. For 14 free days, you can have access to a world of in-depth analyses, investigative journalism, top opinions and a range of features. Journalism strengthens democracy. Invest in the future today. Thereafter you will be billed R75 per month. You can cancel anytime and if you cancel within 14 days you won't be billed.
Subscribe to News24
Related Links
Girl survives horror crash caught on video
What happens to a child in a car crash?
Next on Parent24
Infant Illnesses | Spotlight on adenovirus

Read more on:
road safety
Events
Locals encouraged to tell their homegrown stories to ignite a love for reading