UPDATE on Baby Sussex: Does he look like Meghan or is there another Royal redhead? Prince Harry, Duke of Sussex speaks to the media at Windsor Castle following the birth of his son on May 06, 2019 in Windsor, United Kingdom.

Aside from baby’s first yell, another typical cry in birthing suites across the country is “He looks like my dad!” or “She looks just like Aunty Selma!” and these exclamations tend to continue for years to come, as friends and family weigh in on the new baby's features.

Even before the baby is born, speculation is often intense, and neonatal sonographers make a pretty penny from parents keen to get an early view on their bundle of joy.

Celebrity babies suffer this scrutiny not only from their own families, but from the world at large too, and the freshest Royal baby is no exception.

Prince Harry beamed as he announced the birth of his first child, a son, with his wife Meghan Markle on 6 May, but am I the only one who was disappointed at his comment about only revealing the baby to the world in two days’ time?

I’ll be the first to say that I am unjustified in my disappointment. As a mother of two little ones myself, I fully understand every family’s’ right to privacy, regardless of their status as public figures.

The first few weeks, even months, after a birth are precious and should be protected and respected as such. I always felt sorry for poor Kate, who stood so serenely on the steps of St Mary’s hospital within hours of giving birth each time.

But on the other hand, who doesn’t want to see an adorable newborn? And of course, it’s exciting to see who the little Prince (or Duke?) will take after.

Another Royal redhead would be a lovely addition to the family, don't you think? Let us know who you think the little one will take after.

What does the science say?

The only way to establish who a child looks like is to ask people their opinions and those are extremely subjective, as proven in two studies, published in the journal Evolution & Human Behavior.

Well, see for yourself! We'll have to wait a little longer for a glimpse of his fuzzy hair, and as Prince Harry himself says the little one is changing every day, so they're also unsure of who exactly he takes after. 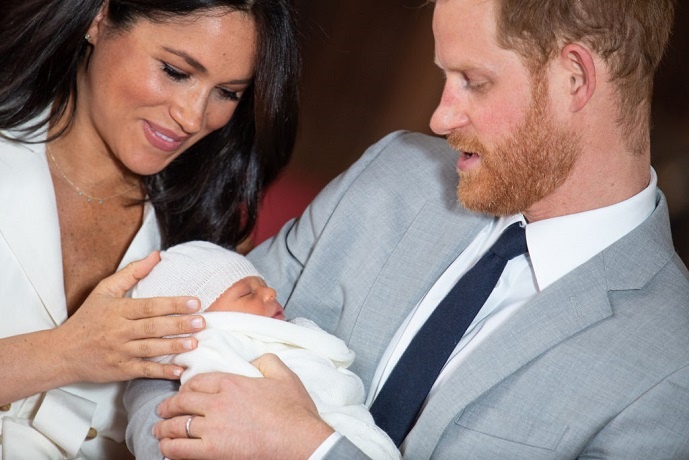 Did your first child look like their dad? Share your story with us, and we could publish your letter. Anonymous contributions are welcome.

We live in a world where facts and fiction get blurred
In times of uncertainty you need journalism you can trust. For 14 free days, you can have access to a world of in-depth analyses, investigative journalism, top opinions and a range of features. Journalism strengthens democracy. Invest in the future today. Thereafter you will be billed R75 per month. You can cancel anytime and if you cancel within 14 days you won't be billed.
Subscribe to News24
Related Links
The world’s longest pregnancy has us all speculating about Meghan’s reasons for her privacy...
Lord Arthur, Lady Diana and 63 other potential names Harry and Meghan might settle on for their...
IN PICTURES: What Prince William and Queen Elizabeth looked like as babies
Next on Parent24
WATCH | Nick and Priyanka open up about parenting and spending months in the NICU with their newborn