TIMELINE: From 'killer bottles' to baby cages, weird and wonderful baby gadgets from the past Can you imagine not being able to push your baby in a pram because it's too heavy? Or having to wait up to two hours for the results of a home pregnancy test? Technology is constantly evolving and today's parents say thank you.

The feeding bottle has been around for centuries. Archaeologists have found artefacts that date back as far as 2000 BC. These bottles have been found with traces of animal milk and have nipple-shaped teats, much like today's feeding bottles.

In the middle ages, babies were fed using perforated cow's horns. Parchment was sewn at the tip so the milk would pass through the stitches when the baby suckled.

The first modern-day perambulator, better known as a pram, was built in 1733 by an architect named William Kent. The Duke of Devonshire needed a contraption that would assist with transporting his young children. The pram that Kent designed was intricately adorned and was so heavy that it needed a small animal to push it. Only the upper class could afford the pram.

Charles M. Windship invented a glass nursing bottle in 1841. The bottle was meant to "induce" the child to think it derived its nourishment directly from the mother.

Along the years, the pram gained popularity although it wasn't very safe for children. In 1848, Charles Burton patented what is very similar to today's stroller. For the first time, the wheels could turn individually, which meant that the stroller was much easier to manoeuvre. The baby basket was now also reversible, meaning parents would be able to see their baby when they were pushing them.

Henri Nestlé developed milk flour in 1867. Before then, mothers who were unable to breastfeed would either hire a wet nurse or give their babies cow's milk. 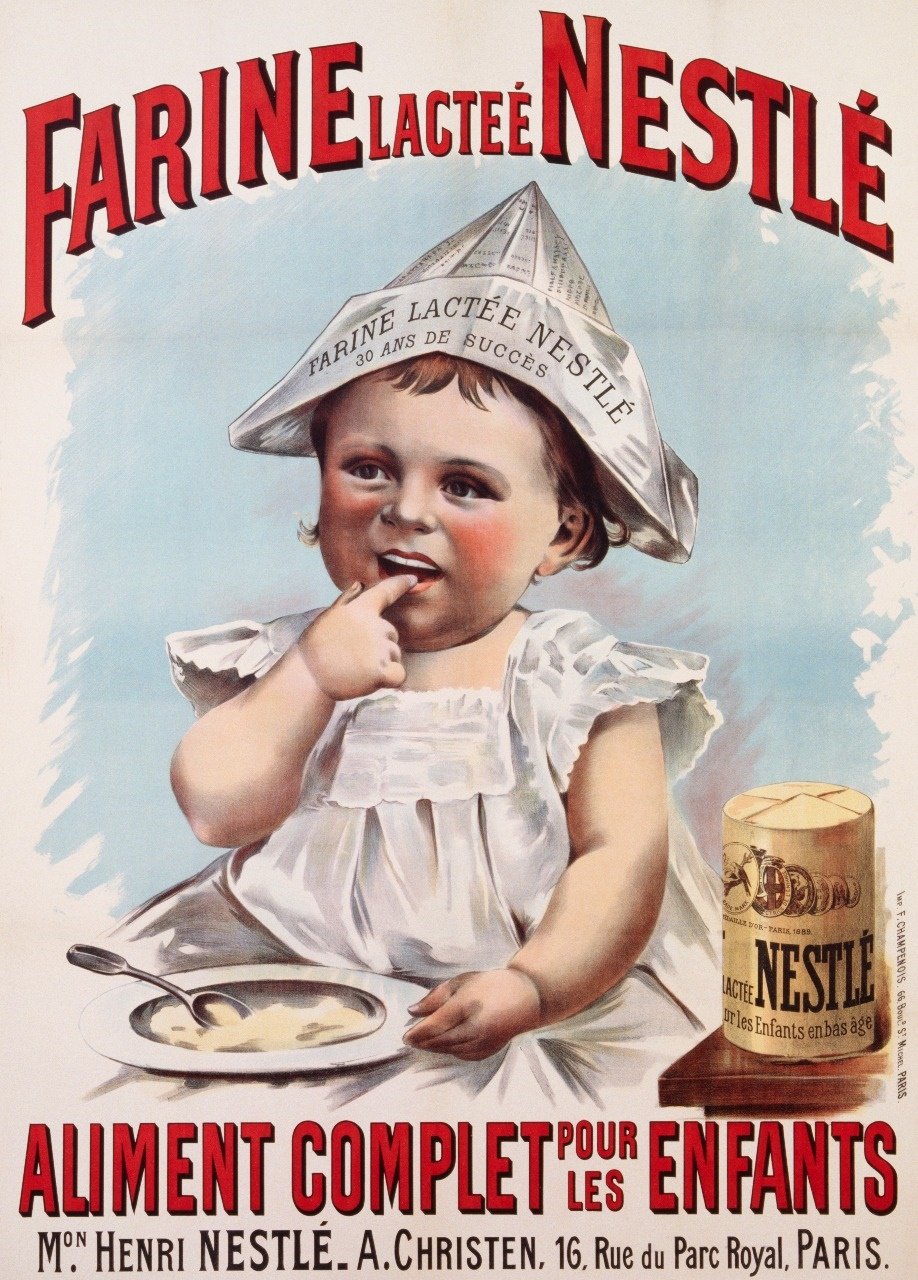 By the late 1800s, baby bottles had rubber tubing that ended in a mouth shield, which meant babies could be left unattended to feed themselves. The bottle turned out to be hazardous, with many of them full of bacteria because they were so hard to clean, causing numerous infants' deaths. The "Killer Bottles" were eventually banned in 1910. The straight feeding bottles were invented in the mid-1920s with the invention of heat-resistant Pyrex in 1924. These bottles had a rubber teat fitted at the opening. Through the years, this opening has gotten wider to make cleaning the bottle easier.

In the 1930s, baby cages were all the rage! The cage would be attached to the window of an apartment and the baby would be put in the cage to get fresh air. Parents thought it was a good way to expose the baby to fresh air while living in the city. The popularity of the baby cage faded as laws tightened around childcare in the late 20th century.

In 1937, Eugene F. McDonald Jnr wanted a way to monitor his baby at all times. After the Lindbergh baby kidnapping in 1932, parents were anxious about leaving their children unattended. As a result, McDonald invented the Radio Nurse monitor.

In 1946, through a ring fitted at the opening, the baby bottle was made more hygienic so the teat could not touch the bottle.

In 1947, mother of two Valerie Hunter Gordon invented the disposable nappy. It was manufactured in 1949 and sold as the PADDI.

In East Germany, under the Communist German Democratic Republic, toddlers who attended state-run crèches would have to use potty benches. During the day, the toddlers would have to sit on the potty bench and had to remain seated until everyone was done. Historians say this was a way of implementing state control from a young age.

The first pregnancy ultrasound was done in 1958 in Scotland.

By the 1960s, the ring, the bottle and the teat protector were being manufactured out of polypropylene.

Car seats were originally designed as booster chairs so children could look out the window of a moving car. It was only in 1962 that the first safe car seats were designed. These functioned as both booster seats and safety precautions for children in cars. In 1965, Owen Maclaren designed the umbrella stroller. It was a light aluminium stroller that could be folded, making travelling easier, especially now that the age of air travel and automobiles was in full swing and accessible to everyone.

(And yes this is a photo of a small child waiting patiently in her stroller while mom nips into the shops in the 1960s!) Up until 1971, women would have to get tested for pregnancy at a hospital and would have to wait up to two weeks for the results. Margeret Crane, a designer, was sparked with the idea to invent a home pregnancy kit and patented the idea. The Predictor was sold on shelves in 1978. By 1978, getting an ultrasound was part of pregnancy protocol. This was to determine any health risks for the mother and the baby and to see if a woman was carrying multiples.

In the 1980s, it became popular to find out the sex of your baby before it was born.

In 1984 one of the most influential books was published: What to Expect When You're Expecting was viewed as the ultimate pregnancy bible.

In 2003, an easy digital pregnancy test was available to the public. Instead of thin lines, the indicator screen displayed "pregnant" or "not pregnant". Today, there is a wide variety of gadgets for moms on the go! Apps to track ovulation, pregnancy and even thermometers that can be connected to your phone! The most popular gadget today is a milk bottle warmer to keep the mother's expressed milk at a safe temperature for the baby.

Our NEW BabyMilk Bottle Warmer steam heats bottles (or food!) in 2 minutes or less! #LIFESAVER! Not to mention, it's under $60 and makes the perfect gift for new parents. Check out the link in our profile to learn more!