When your birthday disappears, when do you celebrate? This, and other amazing Leap Day facts

Imagine only being able to celebrate your birthday every four years?

For people born on 29 February, this year is one of the few occasions they actually get to have a birthday, as in 2020 we will be marking 29 February on a Saturday.

Also known as Leap Day, the extra day is added every four years to help fix the problem that while our calendar year is 365 days, the solar year (the amount of time it takes the Earth to circle the sun) is just a teeny bit longer, at 365.24219 days.

Despite adjusting the calendar over the years, some experts have discovered that the calendar is now 26 seconds off the solar year, and if allowed to continue, we'll have to add another day every four years.

They also suggest omitting a leap year day once every 128 years could prevent the extra day for the next 100,000 years. 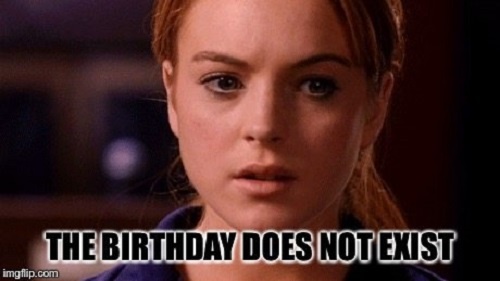 In honour of these unique celebrants, we've put together some amazing facts about Leap Day babies, and we also take a look at local law: when exactly is a Leapling considered of age?

Those born on 29 February are called Leaplings, Leapers, Leapsters or Leap Day babies.

Hallmark Cards, which makes 2,665 different types of birthday cards, produces none for 29 February babies, citing a lack of interest.

In 2016 the Google Doodle marked Leap Day with this adorable gif:

There are only around five million Leaplings in the world.

According to the Guinness Book of Records Norwegian parents Karin and Henry Henriksen hold the record for the most children born on a Leap Day. Heidi (1960), Olav (1964) and Leif-Martin (1968) all celebrate their birthday together once every four years.

In 2012 an American family tied with them when baby Jade was born, following in the footsteps of her brothers Remington, born in 2008, and Xavier, born in 2004.

Leaplings share their birthday with a small number of famous people, including Rapper Ja Rule, The Godfather actor Alex Rocco and - wait for it - Superman.  In 1988, TIME magazine marked the superhero's 50th birthday with a special cover.

Leap Day babies are totally over the joke about dividing their age by four, but American Daisy Belle Ward took full advantage and celebrated her 100 years on earth with a 25th birthday party in 2016.

Sir James Milne Wilson, the Premier of Tasmania from 1869 to 1872, made history for being the only known person to be born on a Leap Day, and then also to die on a Leap Day.

There are three verified Leaplings with names that celebrate their unique birth date:

Regardless of the day they celebrate, all Leaplings fall under the Pisces zodiac sign, which it is worth noting are said to make good parents because they balance their sensitive side with discipline.

In an old Irish tradition, it is acceptable for a woman to propose to a man during a Leap Year, and this concept has been embraced around the world. However, in olden day Europe, if  a man refused this proposal, he's have to buy the lady no less than 12 pairs of gloves - to hide the lack of engagement ring.

Some couples schedule their wedding for the 29th, and then only exchange anniversary gifts every four years.

In Greece though, it's bad luck to get married during a Leap Year and many believe that these marriages will end in divorce. There’s also a Greek superstition that couples who separate during a leap year will never find happiness again.

The same superstition extends to starting a relationship, a new job agreement or any new contract signed during Leap Year.

Christmas baby: One present or two? The debate rages on

If you birth date disappears for years at a time, when exactly are you legally a year older? If you're turning 18 in New Zealand this year, you're officially of legal age from 28 February, but in the UK you will have to wait a day longer and are only considered legally an adult from 1 March.

What happens in South Africa?

Rushka Pedro, founder of Minor Impact and in association with SLDP Attorneys, told us that 1 March is the official day marked by law in South Africa.

So those turning 18 this year will have to wait an extra day to drink, drive or otherwise become 'of age'.

"It's just my birthday"

We spoke to these Leap Year babies, to gain some insight into how their special birth date has impacted their lives.

Mandilakhe Mahokoto, 32, from Port Elizabeth, told us he only realised his birth date was unusual when he found himself the butt of a joke.

"One day at school our teacher asked for our birthdays and all the kids laughed, so my teacher had to explain," he told us. "I was teased and my parents never actually gave me a party so I took it as 'it's just my birthday'.

"To me now it's just something I can't change, although I wish I had celebrated it more." He marks his birthday on 28 February.

Gordon Bowers, 79, from Cape Town, Shared with Parent24 that his earliest recollection of a birthday party was at the age of 4.

"An aunt made a lovely chocolate cake that took center place on the table. Us children, my sister and 2 cousins, sat admiring this, my special cake," he described to us.

"When my aunt went to the kitchen to fetch plates, I stood up on my chair, put my knee on the table, and was reaching for the biggest slice, when she returned and gave me a hearty smack!"

"She then proceeded to give each one a piece of  my cake and served me last. I guess bawling my eyes out at that age is quite understandable," he said.

"As a boarder at Escourt High School where I matriculated in 1958", he told us, "I realised from all the back slapping that my birthday was more of a special occasion for my friends, with a natural tendency to say “ Shame – you only get a birthday every 4 years”."

"Now as an adult my birthday is no different from other years and I am grateful for the love of family members, who always make it a special occasion. My wife, Marietjie, and I love being grandparents at this time of our lives."

"This year I will be 80 years," he revealed. "Birthdays are only another milestone on the way to Eternity, but if God spares me I look forward to still being able to invite friends to my 21st birthday bash, providing they bring their own walking sticks!"

"But I am more excited that my mother turns 100 the day after. Her birthday is a day after mine on the 1st of March. I always celebrate my birthday on the last day of February, so as not to spoil her birthday, in recognition of that extra day in 1940," he added. "She remained in the UK and I appreciate that she is looking forward to a card from Her Majesty the Queen."

Do you, or someone you know, celebrate a birthday on 29 February this year?

We live in a world where facts and fiction get blurred
In times of uncertainty you need journalism you can trust. For 14 free days, you can have access to a world of in-depth analyses, investigative journalism, top opinions and a range of features. Journalism strengthens democracy. Invest in the future today. Thereafter you will be billed R75 per month. You can cancel anytime and if you cancel within 14 days you won't be billed.
Subscribe to News24
Related Links
Christmas baby: One present or two? The debate rages on
Miracle twins born 15 weeks premature mark first birthday after stronger baby saved brother's...
These two sisters give birth at the same hospital on the same day
Next on Parent24
WATCH | Nick and Priyanka open up about parenting and spending months in the NICU with their newborn