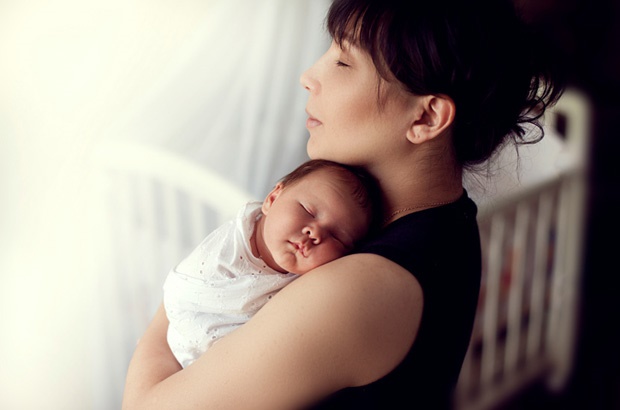 Sudden infant death syndrome, also known as SIDS, is universally terrifying because of how random it seems. SIDS is the unexplained death, usually during sleep, of a seemingly healthy baby less than a year old, the Mayo Clinic says.

That doesn’t mean you should freak out over SIDS—you just need to be aware that it can happen. “All parents should take the risk of SIDS seriously but it should not prevent them from enjoying being a new parent,” says Dr. Nicole Randazzo-Ahern, medical director of the newborn nursery at the MassGeneral Hospital for Children.

Unfortunately, no one is exactly sure how SIDS occurs, says Dr. Eileen Everly, a paediatrician at Children’s Hospital of Philadelphia, CHOP Karabots Pediatric Care Center. The key part of SIDS is the fact that a baby’s death is unexplained, even after investigation and the ruling out of other illnesses that can mimic SIDS, she says.

Some factors may put a baby at a higher risk of SIDS than others, such as brain defects, low birth weight, or a respiratory infection, the Mayo Clinic says. However, sleep environment is also a huge factor, which is why there’s been so much focus around safe sleep habits for babies.

However, researchers have found a link between certain habits and SIDS. Those include co-sleeping, having loose blankets or bumpers in the baby’s crib, overheating, and secondhand smoke, Randazzo-Ahern says. Sleep habits have been a big focus and the AAP has found that sharing a room with your baby can lower the risk of SIDS by as much as 50 percent. The theory behind this is that it’s easier to monitor a baby and figure out if anything seems of, like wheezing or if the baby stops breathing, while you’re in the same room. As a result, the AAP now recommends that parents share a room with their baby for the first 12 months.

Babies should sleep on their back in a bassinet or crib and have nothing else in bed with them, says Dr. Jeffrey Bourne, a paediatrician at Providence Saint John’s Health Center in Santa Monica, Calif. They also shouldn’t sleep in a couch or recliner. “If parents are going to fall asleep, the baby should be put in their crib,” he says. There should be no loose bedding, pillows, or stuffed animals in the crib with the baby, Everly says. Breastfeeding and using pacifiers has also been linked to a decreased risk of SIDS, says Randazzo-Ahern.

The peak incidence of SIDS is between two and four months, and 90 percent of SIDS cases occur before a baby is six months old, Randazzo-Ahern says. While it’s always important to practice safe sleep methods, baby’s risk of SIDS dramatically drops after six months before bottoming out. “I usually say after one year is when babies are safe,” Randazzo-Ahern says.