Temper tantrums, can you deal with them? 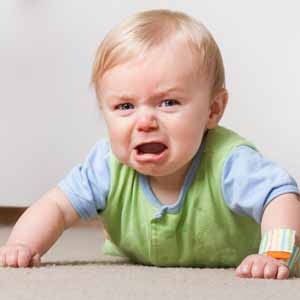 It usually starts around the age of two, when your baby has started to have you sussed; he knows your strong points and he sure knows your weak points too.

They're like little geniuses; just when you think you have them right where you want them, then they go crazy on you and start shouting uncontrollably and hitting the floor like as though it has wronged them and so forth.

These are called temper tantrums

Some parents feel like they are the worst parents that were ever created.

Some wish they could be swallowed by the floor.

Some feel they could down a whole bottle of vodka.

The thing is, toddlers are toddlers: they don’t know how to handle some situations or feelings and sometimes temper tantrums are the only way they know how to express those feelings.

It’s not your fault, nor is it theirs, that’s just the way things are.

How do you deal with temper tantrums? Here are two things to try:

Babies are easily distracted, so sing a random song and dance around to make them forget about the tantrum and make them laugh.

Babies are clever, really clever, so when they see you’re being affected by their kicking and screaming, they will carry on. But as soon you ignore them and show them that what they are doing isn’t getting them anywhere, they will gradually stop performing.

Babies have tantrums too

How do you deal with temper tantrums?
We live in a world where facts and fiction get blurred
In times of uncertainty you need journalism you can trust. For only R75 per month, you have access to a world of in-depth analyses, investigative journalism, top opinions and a range of features. Journalism strengthens democracy. Invest in the future today.
Subscribe to News24
Related Links
If adults had tantrums like kids
Fighting to feed the kid
Toddlers in demand
Next on Parent24
Find out if low muscle tone affects your child and what you can do to help