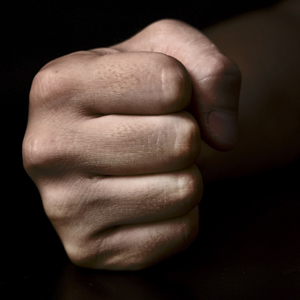 In just one week, two shocking news stories have made headlines: In one, a promising student took his own life as a result of persistent bullying from his peers and the lack of intervention from the school’s teachers, in another, a 10-year-old girl was ordered to take off her trousers by a teacher.

While the second story is not immediately obvious as bullying, the fact remains: Both children were being harassed by individuals against whom they were unable to resist.

Bullying: The untold stories
These stories have both made national headlines, and yet for each of them, there are hundreds of stories which do untold. Daily, South Africa’s children are being sent into an environment which, instead of being a haven for learning, is a place where they face physical and emotional abuse. Even more shockingly, this abuse comes not only from bigger or older children, but often from those in authority who have the power to prevent these kinds of incidents.

There are kids being sexually abused- victims of statutory rape- by teachers, and kids who face being beaten up or even killed by their peers.

What rights does your child have and what kind of interventions should be in place?

According to the Bill of Rights in the Constitution of South Africa: (Chapter 2.28) [Every child has the right] to be protected from maltreatment, neglect, abuse or degradation.

The governing body of the school must have a Code of Conduct, which sets out the rules of the school, and each pupil is asked to agree to these rules.

A government guideline on codes of conducts says:

“Bullying behaviour is: When a child or group of children misuse their power to hurt other children or exclude them.
The following three essential elements are always present in bullying behaviour, namely:
The document goes on to state that pupils have a responsibility to prevent bullying and rehabilitate both the bully and the victims, by means of peer counselling and support.

The school’s governing body is responsible for disciplinary hearings, and, in serious cases, the Department of Education will become involved.

A local university provided these recommendations to schools in dealing with bullying:

Research into bullying in SA schools has found it to be present in many context and spheres, and there seems to be a gulf between policy-makers and what’s happening in classrooms (and, importantly, outside of the classrooms- many acts of bullying occur off school property).

These two cases highlight how it is the responsibility of schools to provide a safe environment, and how bullying by pupils and teachers must be taken seriously, and actively addressed, before more kids are traumatised by intimidation of any sort.

Do you think your child’s school has effective controls in place to address bullying?

We live in a world where facts and fiction get blurred
In times of uncertainty you need journalism you can trust. For 14 free days, you can have access to a world of in-depth analyses, investigative journalism, top opinions and a range of features. Journalism strengthens democracy. Invest in the future today. Thereafter you will be billed R75 per month. You can cancel anytime and if you cancel within 14 days you won't be billed.
Subscribe to News24
Related Links
Teachers are bullied too
Confessions of an ex-bully
Is your child's cellphone a secret weapon?
Next on Parent24
Does your child have balance and dizziness issues? Hearing loss may be the cause