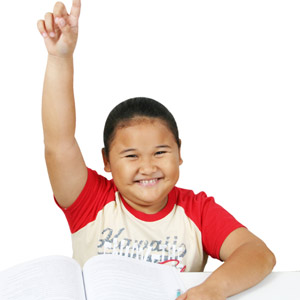 Youth who study just a short walk from a fast-food outlet eat fewer fruit and vegetables, drink more soda and are more likely to be obese than students at other schools, according to research published Tuesday.

The study, which involved more than 500,000 adolescents at middle schools and high schools in California, lends new fuel to a growing backlash against the fast-food industry as studies suggest they contribute to the rising obesity epidemic in the United States.

U.S. youth obesity rates have tripled since 1980, although they leveled off this decade. The government says 32 percent of U.S. children are overweight and 16 percent are obese.

Consumer groups have pushed for laws such as July's moratorium on new fast-food restaurants in certain Los Angeles neighborhoods, while the food industry often maintains that a lack of exercise is more to blame.

The researchers said it is not yet clear whether their results apply to other parts of the United States, and this should be studied further.

But their study adds to prior research showing that fast-food restaurants tend to be clustered near schools.

"We are actually making a connection between fast food proximity to schools and obesity," Davis said in a telephone interview.

"Students who were exposed to nearby fast food have a higher level of body mass index -- they weigh more. They are more likely to be overweight and obese," he said.

For the study, Davis and colleagues examined the relationship between fast-food restaurants located within one half mile of schools and obesity among middle and high school students in California.

They took weight and dietary information from a statewide school survey between 2002 and 2005 and cross referenced the data with a database of top fast food chains located near each school.

"Overall, our patterns are consistent with the idea that fast food near schools affects students' eating habits, overweight and obesity," Davis and colleagues wrote.

The study could not determine why fast-food restaurants near schools have such an impact, but Davis said it likely goes well beyond access to burgers, fries and tacos.

"A nearby fast-food restaurant is really a hangout place for people to socialize," Davis said.
We live in a world where facts and fiction get blurred
In times of uncertainty you need journalism you can trust. For only R75 per month, you have access to a world of in-depth analyses, investigative journalism, top opinions and a range of features. Journalism strengthens democracy. Invest in the future today.
Subscribe to News24
Next on Parent24
WATCH | Animated educational video reminds kids how to protect against coronavirus (in isiZulu, Sesotho and English)