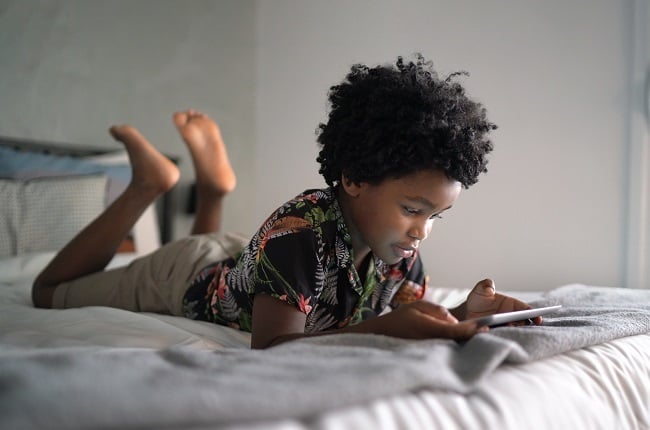 Many parents feel guilty when their children play video games for hours on end. Some even worry it could make their children less clever. And indeed, that's a topic scientists have clashed over for years.

Our new study investigated how video games affect children's minds, interviewing and testing more than 5,000 children aged ten to 12. And the results, published in Scientific Reports, will be surprising to some.

Children were asked how many hours a day they spent on social media, watching videos or TV, and playing video games.

The answer was: a lot of hours. On average, children spend two and a half hours a day watching online videos or TV programmes, half an hour socialising online, and one-hour playing video games.

In total, that's four hours a day for the average child and six hours for the top 25% – a large portion of a child's free time. And other reports found that this has increased dramatically over the decades. Screens were around in previous generations, but now they genuinely define childhood.

Read: Games are great for learning! A board game creator shares his secrets

Is that a bad thing?

Well, it isn't straightforward. There could be both benefits and drawbacks for the developing minds of children. And these might depend on the outcome you are looking at. For our study, we were specifically interested in the effect of screen time on intelligence – the ability to learn effectively, think rationally, understand complex ideas, and adapt to new situations.

Intelligence is an essential trait in our lives and highly predictive of a child's future income, happiness and longevity. In research, it’s often measured as performance on a wide range of cognitive tests.

For our study, we created an intelligence index from five tasks: two on reading comprehension and vocabulary, one on attention and executive function (which includes working memory, flexible thinking and self-control), and one assessing visual-spatial processing (such as rotating objects in your mind), and one on learning ability over multiple trials.

This is not the first time someone has studied the effect of screens on intelligence, but research, so far, has produced mixed results.

So, what's special this time?

The novelty of our study is that we took genes and socioeconomic backgrounds into account. Only a few studies have considered socioeconomic status (household income, parental education and neighbourhood quality), and no study has accounted for genetic effects.

Genes matter because intelligence is highly heritable. If unaccounted for, these factors could mask the actual effect of screen time on children's intelligence. For example, children born with specific genes might be more prone to watch TV and, independently, have learning issues.

The lottery of genetics is a significant confounder in any psychological process. This has been hard to account for in scientific studies due to the heavy costs of genome analysis and technological limitations.

The data we used for our study is part of a massive data collection effort in the US to understand better childhood development: the Adolescent Brain and Cognitive Development project. Our sample was representative of the US in sex, race, ethnicity and socioeconomic status.

Also read: Grandma completely flips after hearing that her first grandchild will be named after a video game character

When we first asked the child at age ten how much they played, watching videos and socialising online were linked to below-average intelligence. Meanwhile, gaming wasn't linked with intelligence at all. These results of screen time are primarily in line with previous research. But when we followed up later, we found that gaming had a positive and meaningful effect on intelligence.

While children who played more video games at ten years were on average no more intelligent than children who didn't game, they showed the most gains in intelligence after two years, in both boys and girls. For example, a child in the top 17% of hours spent gaming increased their IQ by about 2.5 points more than the average child over two years.

This is evidence of video games' beneficial, causal effect on intelligence. This result fits with smaller studies, where participants are randomly assigned to video-game playing or a control group. Our finding is also in line with parallel studies suggesting that cognitive abilities aren't fixed but can be trained – including studies with cognitive training intervention apps.

Must read: Could screen time be the reason your toddler won't sleep?

What about the other two types of screen activities?

Social media did not affect the change in intelligence after two years. The many hours of Instagramming and messaging did not boost children's intelligence, but it was not detrimental either.

Finally, watching TV and online videos showed a positive effect in one of the analyse but no effect when parental education was taken into account (as opposed to the broader factor of "socioeconomic status").

So this finding should be taken with a grain of salt. There is some empirical support that high-quality TV/video content, such as the programme Sesame Street, positively affects children's school performance and cognitive abilities. But those results are rare.

When thinking about the implications of these findings, it is essential to keep in mind that there are many other psychological aspects that we didn't look at, such as mental health, sleep quality and physical exercise.

Our results should not be considered a blanket recommendation for all parents to allow limitless gaming. But for those parents bothered by their children playing video games, you can now feel better knowing that it’s probably making them a tad smarter.

We live in a world where facts and fiction get blurred
In times of uncertainty you need journalism you can trust. For 14 free days, you can have access to a world of in-depth analyses, investigative journalism, top opinions and a range of features. Journalism strengthens democracy. Invest in the future today. Thereafter you will be billed R75 per month. You can cancel anytime and if you cancel within 14 days you won't be billed.
Subscribe to News24
Next on Parent24
'Keeping passwords safe': What parents should teach their children about information security