The blessing of multiracial children 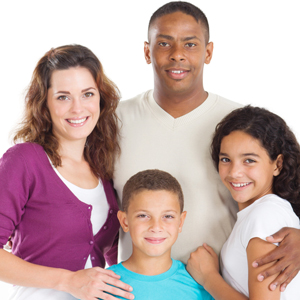 I suspect that South African comedian, Trevor Noah , gets away with some of his funny but controversial racial jokes because he is multiracial. He has used his bi-ethnicity to carve out a career for himself in the entertainment world.

One advantage that multiracial children may have, in my opinion, is that they have the opportunity of enjoying the best of both worlds. I’ve noticed that multiracial kids who are encouraged to embrace the cultures and languages of both parents are have a broader view of life and are more understanding of people from different backgrounds.

Parents of multiracial children have the opportunity to teach to their children to explore the rich cultures of both sides. I have multiracial friends who are also bilingual because they can speak both parent’s languages. According to recent research bilingual children are ‘better at multitasking than monolinguals’

In fact, according to American Academy of Child Adolescent Psychiatry, multiracial children “tend to be high achievers with a strong sense of self and tolerance of diversity.” It also goes on to say that “research has shown that children with a true multiracial or multicultural identity generally grow up to be happier than multiracial children who grow up with a ‘single-race’ identity.”

I agree with these findings because I’ve seen proof of this first hand. I have friends in mixed marriages who have brought up their children to be well adjusted and tolerant of people from different backgrounds. It’s therefore not surprising that my friends’ children are very well liked in their circles.

I’ve heard friends and relatives comment that they find multiracial people to be generally more attractive and a survey, published in the journal Perception came to the same conclusion. One only has to look at celebrities such as Halley Berry, Leona Lewis, Alicia Keys, Lewis Hamilton, Barack Obama and Trevor Noah, to name just a few, to see how true this fact is.

It’s important to remind multiracial children that they are special and valued, just like any other child. They must be comfortable with who they are. This, in my opinion, will help them deal with the unfair questions and prejudice that is sometimes directed towards them.

Do you think multiracial kids get the best of both worlds?

We live in a world where facts and fiction get blurred
In times of uncertainty you need journalism you can trust. For only R75 per month, you have access to a world of in-depth analyses, investigative journalism, top opinions and a range of features. Journalism strengthens democracy. Invest in the future today.
Subscribe to News24
Related Links
The challenges of raising a Christian teen
Parenting like a celebrity
A new dad at 60-plus
Next on Parent24
WATCH | Pediatric doctor shares how Covid-19 is impacting children in hospitals