5 tips on how to use Pokémon GO safely 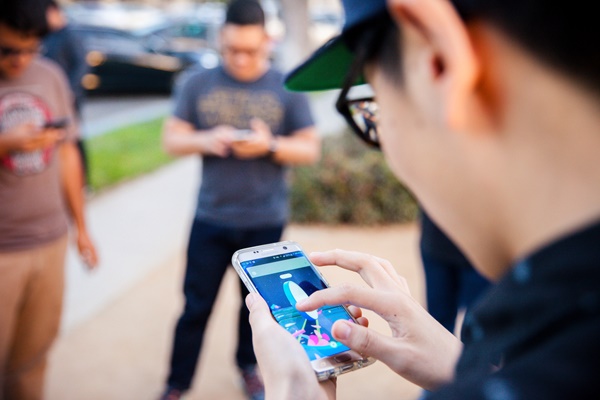 Pokémon GO is a worldwide phenomenon, and although it is yet to be released in South Africa, this has not stopped people from using a variety of workarounds to download this location-based augmented reality game, says Carey van Vlaanderen, CEO at ESET Southern Africa.

Read more: Pokémon GO is getting kids to go outside

We have a few tips for you about how to use it safely.

Perhaps unsurprisingly, there are already malware-laden versions of Pokémon GO floating around.  And these most definitely will not be the last such stories we hear.  So stick with the Apple and Google Play Stores, and choose only the ones with more downloads than just about every other app in the world.

Don’t be tempted to look elsewhere for the file if you encounter slow-downs caused by a large number of downloads. If you are in doubt, Android users can scan the file with reputable anti-malware software.

Another difficulty caused by too many simultaneous downloads is that people have been unable to sign in directly through the Pokemon site, so the game’s developers added the ability to sign in with your Google account. The problem with this is that in the initial iOS version, this gave the app astounding levels of access to your Google account.

The latest version addresses this, but using any secondary site like Google, Apple or Facebook to login comes with privacy considerations you should weigh before agreeing.

Stories are already starting to come in about children wandering off and getting lost going places they are not supposed to.  Kids should be accompanied by an adult, and adults should bring another responsible adult.

The Pokémon app is quite the battery-vampire.  This, combined with wandering off to places you may not know, can put you in a sticky situation. It is a good idea to bring a spare battery in case of an emergency.

Travelling in numbers does not really ensure you won’t play while driving, cross the street without checking for traffic, or loiter creepily outside of people’s homes.  Virtual monsters are not worth life and limb – or getting arrested.  So don’t let the excitement of the game lure you into doing something you will regret.

Have your kids become addicted to Pokémon GO? Send us an email to chatback@parent24.com and tell us what you think of this phenomenon?

We live in a world where facts and fiction get blurred
In times of uncertainty you need journalism you can trust. For 14 free days, you can have access to a world of in-depth analyses, investigative journalism, top opinions and a range of features. Journalism strengthens democracy. Invest in the future today. Thereafter you will be billed R75 per month. You can cancel anytime and if you cancel within 14 days you won't be billed.
Subscribe to News24
Related Links
Pokémon GO is getting kids to go outside
Do you check the age ratings on video games?
Next on Parent24
WATCH | 'We had to spend thousands': The funny reason Chrissy Teigen isn't a tooth fairy parent