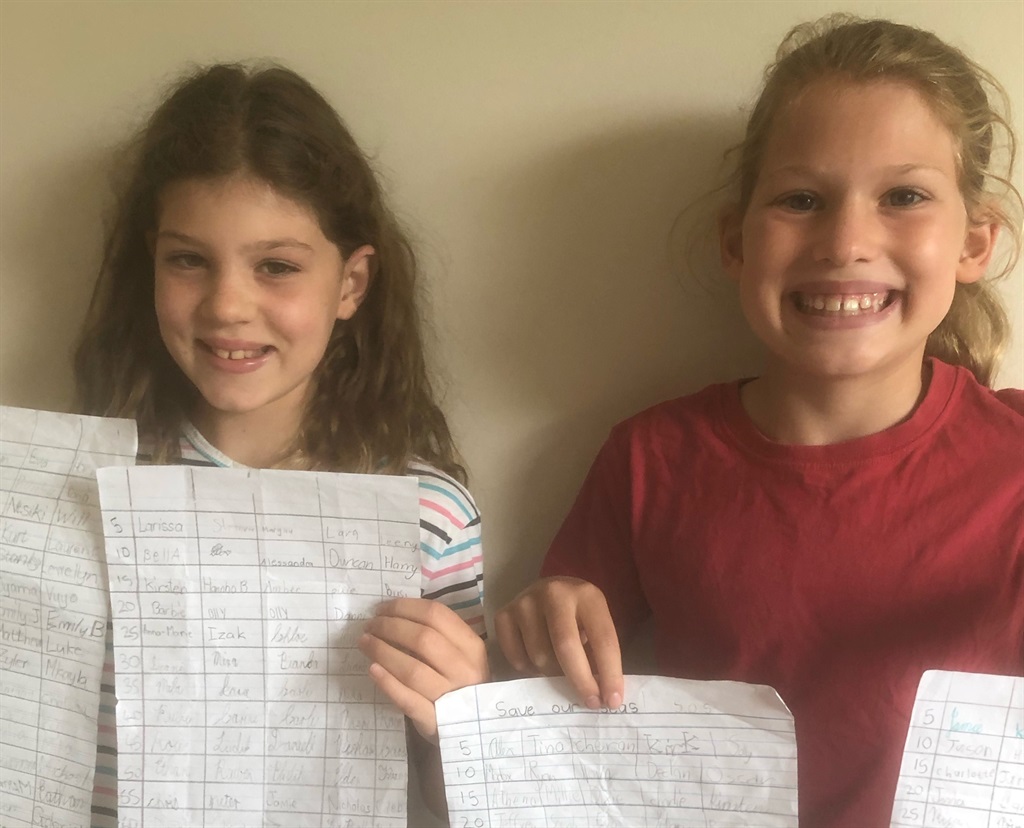 "[The seismic survey] is going to have an impact on the environment and I don't think that it's going to be a good one," says Hannah Brink, age 10.

"Do you care about the environment? Do you want to help the whales and dolphins? Then please write your name down."

This is what two young girls asked as they collected signatures in support of a petition against Shell's seismic survey.

Since Shell's confirmation that they plan to conduct seismic testing for the exploration of petroleum resources on the Wildcoast, multiple environmental and human rights organisations came together to stop them, and Grade 3 and Grade 4 scholars, Katie and Hannah Brink joined the fight.

Hannah and Katie, aged 10 and 9, collected over 350 signatures after almost 2 weeks.

Though they sometimes felt undermined, the girls are ecstatic about the support they've gotten from their friends, family and schoolmates.

"[The seismic survey] is going to have an impact on the environment and I don't think that it's going to be a good one," she said.

The Brink sisters were hoping to get over 500 signatures to add to a petition that was drafted, addressed to Mineral Resources and Energy Minister Gwede Mantashe to withdraw approval for the Shell seismic survey.

This petition had attracted 341,456 signatures by Monday.

Also read: Elephants passing your home 'never gets old': Yvonne in the bush on family life in a game reserve

'I love the animals'

In a statement by Greenpeace Africa, they said, "the use of seismic waves could have a devastating impact on the health of marine life, and if successful, the operations would potentially disrupt the communities that depend on eco-tourism and fishing for their livelihoods".

For this reason, the Brink sisters were determined to participate in raising awareness about Shell's seismic survey.

"I love the animals that live in the environment," says Hannah, as she explains why she thinks it's important to care about environmental issues.

Judge Avinash Govindjee said that he was not convinced that there is cause to fear "irreparable harm" if an urgent interdict was not granted.

However, Hannah and Katie's love for the environment and nature is nothing new.

Both of the girls do as much as they can to keep their planet clean, including picking up trash at the beach whenever they go, and they hope to continue contributing positively to the environment.

Aptly, Katie says that she wants to be a Marine Biologist when she is older, while Hannah is still deciding between wanting to be a vet or a nature conservationist.

We live in a world where facts and fiction get blurred
In times of uncertainty you need journalism you can trust. For only R75 per month, you have access to a world of in-depth analyses, investigative journalism, top opinions and a range of features. Journalism strengthens democracy. Invest in the future today.
Subscribe to News24
Next on Parent24
Play-date etiquette: Muslim moms share a few things to keep in mind