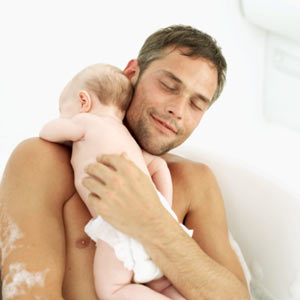 “I’m so jealous”, the tall man practically shouted across the room with more than just a hint of emotion in his voice. “You’ve got two boys and I’ve just got a daughter!”

Perhaps I would have felt a little bit of sympathy for the guy had he drunkenly accosted me with his woes in a dodgy bar, but I doubt it. As it happens, he was entirely sober and we were standing in the maternity ward next to the beds of our respective wives both of whom had given birth just a few minutes earlier. I was so taken aback, I didn’t know how to respond. Besides, I was focusing all of my energy on restraining my wife Sam, who I’m sure would have been out of her bed to give the creep a smack in the jaw, had it not been for a rather debilitating epidural hangover.

In the end, neither of us said anything. I felt a little sorry for the disappointed new father. His shattered expectations and hopes had ruined what should have been one of the most amazing moments in his life. I felt much sorrier for his wife who had to put up with his brutal insensitivity.

For me, as clichéd as it may sound, having a child is like receiving a gift – you never really know what’s inside until you’ve taken a peek. More importantly, the real joy is in the unwrapping and the magic of discovery, which in the case of a child-gift is a lifelong pleasure. With too many preconceived ideas about what’s inside your present you’re just setting yourself up for major disappointment.

It’s like expecting that Playmobile pirate ship for Christmas year after agonising year all over again. That fateful, psyche-scaring moment in ’77 when the promising shape under the tree turned out to be your cousin’s crummy doll’s house and the following year when you did get an enticingly big box, but all it had in it was one of those elaborate science kits for identifying rocks and minerals.

OK, so I may have some issues in this department, but you get my point. By cultivating excessively rigid expectations about what you want your kid to be like – a boy, a lawyer, six foot tall and gorgeous, a captain of industry or the captain of the high school rugby team – you make it harder for yourself to discover his or her own unique beauty and personality. In fact, if you’re particularly hard-core about this you’ll stand a very good chance of making the process of self-discovery very painful for your child as well.

I’m not saying you shouldn’t fantasise about what it will be like to have a kid – far from it. I just reckon that dads-to-be would do much better to concentrate on what they expect from themselves when their child arrives rather than agonising over whether their first-born will be a boy to continue the family line.

Imagine what it’ll feel like to have a little mini-you in your home. Think about what it means for you personally to be a good father and how you’re going to show your daughter or son that you love them. Consider how your relationship with your partner may change and how you can support her in your new situation.

At the very least, figure out, how not to tell your wife in public that you’re utterly disappointed in her 9-month efforts which have just culminated in several hours of agonising labour. You may not find anyone particularly willing to save you from a well deserved butt-kicking, administered in motherly solidarity by the woman in the adjacent bed.

What expectations did you have for your children? Do you agonize about what your baby will be like?

We live in a world where facts and fiction get blurred
In times of uncertainty you need journalism you can trust. For only R75 per month, you have access to a world of in-depth analyses, investigative journalism, top opinions and a range of features. Journalism strengthens democracy. Invest in the future today.
Subscribe to News24
Related Links
Who’s your daddy?
Dad, am I beautiful?
Boys and their toys
Next on Parent24
How many weeks of holiday is that?