Looking after a child with allergies 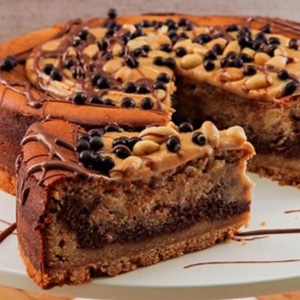 My daughter has a range of sensitivities and allergies that range from uncomfortable to life-threatening. She recently went for an update test to see whether or not her allergies have changed, and she was pleasantly surprised.

Her mom and I took her out of her first day care when she was very, very small. You see, they had muddled up sandwiches and given her one with peanut butter on it. Despite us telling them that this could be incredibly dangerous for her, they insisted that they’d have to keep on serving peanut butter; presumably because it is a cheap sandwich topping and many kids don’t appreciate salmon and wasabi wraps.

Her journey was a long one, full of frights, scares, warnings and avoidance.

The oddest things caused her face to go blotchy, such as the brown sauce at the Spur and other tomato sauces. She’d be splotching it all over her ice cream (maybe a little exaggeration) and her face would get these reddened and raised spots. A run in with a peanut had already prompted us to buy an expensive EpiPen in case of emergency: an injector loaded with adrenalin in the form of epinephrine to counteract anaphylactic shock. The one we’d bought had to be refrigerated and replaced every so often. The thought of having to whip it out and jab her in an emergency terrified me.

She’s a very sharp child (perhaps because she wanted to avoid her nervous dad approaching with an EpiPen), and she quickly picked up on the way her mom and I would ask other kid’s parents at parties if the cakes or chocolates had nuts in. So much so that she learned to refuse cupcakes during birthday celebrations at school, just in case. She also taught herself how to read labels on chocolate bars for that damning “may contain traces of nuts” phrase even before she could read Janet and John books. Even less helpful was the “this product is made in a factory that uses peanuts and other nuts” threat. Why not just say that the entire province is a nut-contaminated execution chamber?

I get that some peanut allergies are so severe that even another person who has eaten a peanut breathing on the sufferer can trigger an allergic response (which, I am told, become more and more powerful with each exposure), but it’s hard for a little girl to avoid the hazard. In fact, the allergy specialist who had originally uncovered her allergy refused to do a follow-up test for many years as even the test exposure could trigger an attack.

So she’s never had Nutella, Kinder Joy Eggs, Whole Nut chocolate bars, bags of nuts, carrot cakes and other nutty treats. She can tell the scent of nuts and backs away like Superman from kryptonite.

It has been more than a decade since her allergy was outed, and she went for a test to see what she needs to avoid:

•    Peanuts: Yep, still on the list.
•    Cats: Oops, I guess she’ll have to wear a hazmat suit around her pets…
•    House dust mite: Uh oh… Unfortunately, this one is trickier to deal with than skipping the peanut brittle. Still, as long as she doesn’t crawl under the fridge or the bed she should be relatively safe.

(If a peanut-eating cat ever gets onto the dust balls gathering on top of the curtain rails, she’s doomed!)

For the first time in her life, she’s been given the all clear to try some nuts!

Hazelnuts, walnuts, almonds and one or two others. After years of watching her brothers tuck into variations of these, she can join in.

With her family the way it is, she’s in good company when it comes to nutters.

If you're a peanut-crazy family, try this fantastic peanut butter ripple cheesecake  from Food24!

Has your family had to cope with allergies? What have you learned?

We live in a world where facts and fiction get blurred
In times of uncertainty you need journalism you can trust. For only R75 per month, you have access to a world of in-depth analyses, investigative journalism, top opinions and a range of features. Journalism strengthens democracy. Invest in the future today.
Subscribe to News24
Related Links
Judge says 'no' to baby Nutella's parents
Killer peanuts
Peanut butter cravings
Next on Parent24
What to know about your child's antibodies after they've had Covid-19