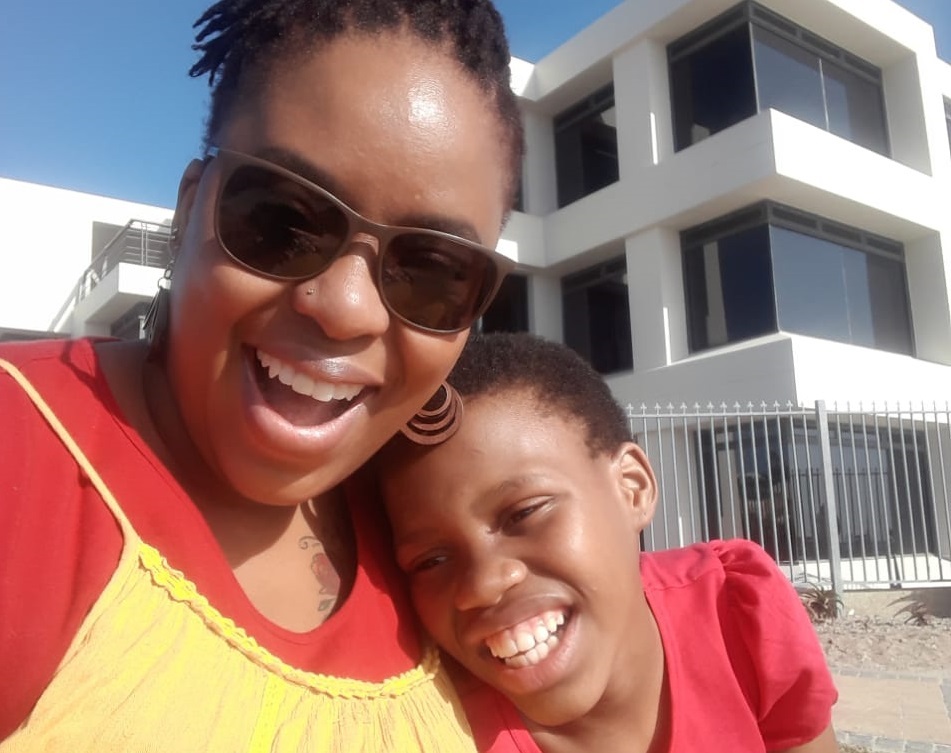 "Seeing her innocent, glowing smile every day gives me hope for the days and years ahead," says Thando Sebesho.

The Autism community in South Africa is a small one, but it is often described as "overlooked", even though Autism is currently estimated to affect 2% of the South African population.

As a result, those with Autism and other sensory and developmental disabilities suffer the exclusion of not being accommodated for their special needs in many public spaces and the education sector.

Zaida Frank, who is the Operations Manager at Autism Western Cape, says that the Autism programmes and projects that are present are usually "underfunded and understaffed".

Autism Western Cape itself services the entirety of the Western Cape community, including outlying areas such as Knysna and Oudtshoorn.

"Currently we find ourselves in a difficult position in the disability sector at large. Access to services is limited and so are the resources which accommodate Autistic individuals specifically," explains Zaida.

'I grieve for the vision I had for my only daughter'

Autism, also called Autism Spectrum Disorder (ASD) is a developmental disorder that impacts the nervous system and impairs the ability to communicate and interact.

The severity of the disorder ranges from 'mild' to 'severe' but can manifest in about 2000 different ways.

Thando Sebesho is the mother of 12-year-old Lesedi who was diagnosed with Autism Spectrum Disorder and a Global Developmental Delay when she was three. This impacts her intellectual development and comprehension.

"She has quite a severe intellectual disability," explains Sebesho. "She is non-verbal, but she can understand instructions. She just doesn't have verbal language. She uses gestures and her voice to communicate, but she doesn't use words."

Sebesho says that her biggest concern upon learning of Lesedi's diagnosis was how she would manage the additional responsibilities of parenting a child with special needs.

"I was also very concerned that she was not able to communicate, so she wouldn't be able to tell me her thoughts and fears, like a mainstream child. I took it upon myself to learn as much as I could about her condition and also grieve for the vision I had for my only daughter."

"This experience challenged me and continues to deplete and reward me equally because it is directly impacting on my daily life."

"The biggest reward though for me has been seeing Lesedi reach certain milestones like toilet training and responding/non-verbal communication and seeing her innocent, glowing smile every day gives me hope for the days and years ahead," Sebesho shares.

'It's an ongoing conundrum'

According to Zaida, in her experience as Operations Manager at Autism Western Cape, the list of difficulties that parents with Autistic children experience in South Africa is "endless".

"The predominant issues are the time span to get a diagnosis, the lack of schooling and infrastructure to accommodate autistic children and adults alike, the waiting list for Autism-specific schools and the inability for mainstream schools to reasonably accommodate them," explains Zaida.

Later on these children become adults who are unable to find employment, she says, adding "stigma and discrimination is also a major concern as well as the biggest issue which is the lack of funding to support parents to access services children might need."

"Schools for autistic children are scarce with long waiting lists and give priority to individuals with higher intellectual functioning and a bigger financial need, so access is limited.".

'Our government has overlooked us for long enough'

Mom Sebesho agrees, sharing that her daughter is still on a waiting list for a public facility, "but there's no guarantee that she'll get a space before she turns 18 when she will no longer be eligible."

"I think that the leaders in our country have not focused enough on education and access, further in catering to the 'missing middle' caregivers/parents in the neurodiversity community."

"It's an ongoing conundrum that I believe our government has overlooked us for long enough. I believe that having a special needs child is one of the hardest ways to be a parent, especially in South Africa because whilst I've got access to private medical facilities and therapies, it costs me money, time and relationships," she says.

"I'd like everyone to know that neither my child nor my family has chosen this road, but it chose us and we need support from all fronts to make this lifelong journey as pleasurable as possible for all who ride along with us," says Sebesho. "To public officials, please put more funding behind access to educational resources and share more stories of success for neurodiverse individuals."

'It is time for the sector to be taken seriously'

For these reasons, Zaida says that it is important to create understanding and destigmatise communities.

"Awareness is the gateway to an inclusive community," says Zaida. "However as an organisation, we feel it is time to move beyond awareness and start implementation of international and local policies and white papers that speak to inclusive strategies."

"It is time for the sector to be taken seriously and for civil society to realise that they have to hold government accountable to their words."

"Now is the time to initiate action and to reasonably accommodate individuals on the spectrum. It is their inherent right to live a life that is free from stigma and that helps them to live meaningful and productive lives."

We live in a world where facts and fiction get blurred
In times of uncertainty you need journalism you can trust. For 14 free days, you can have access to a world of in-depth analyses, investigative journalism, top opinions and a range of features. Journalism strengthens democracy. Invest in the future today. Thereafter you will be billed R75 per month. You can cancel anytime and if you cancel within 14 days you won't be billed.
Subscribe to News24
Next on Parent24
'Time is running out': 14-month-old Gracey needs stem cell donor to cure her rare blood cancer