WATCH: A new exercise guideline says we should get kids moving at age 3 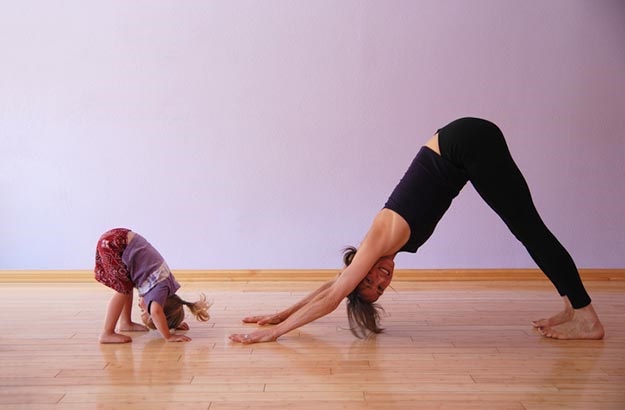 "Children in the 3-to-5-year-old age group really require about 3 hours of active activities per day."

The World Health Organization reported earlier this year that worldwide obesity has nearly tripled since 1975. In 2016, over 340 million children and adolescents aged 5 to 19 were overweight or obese, while 41 million children under the age of 5 were too.

In a recent tweet by the City of Tshwane municipality, statistics revealed that almost 70% of women and 39% of men in South Africa are overweight and the country has the highest obesity rate in Sub-Saharan Africa.

According to Healthy Living Alliance almost 70% of women and 39% of men are overweight in South Africa and the country has the highest obesity rate in Sub-Saharan Africa. #WalkForYourHealth #IChooseToBeActive

We can make various lifestyle changes to reduce or maintain our weight and protect our family's health. “Obesity is preventable”, to quote WHO. And they suggest we do so by limiting our energy intake from total fats and sugars, increase our consumption of fruits and vegetables, and engage in physical activity. New advice from the U.S. government says toddlers as young as 3 years old should be encouraged to be physically active.

Previous official guidelines suggested physical activity should begin no later than 6 years old, which of course is much too late.

In fact, from as tiny as 6 months, babies should have tummy time, where they're placed lying on their tummies while pushing their head, shoulders and chest off the floor. Not all babies take to it immediately, but we should keep encouraging them to do so as we know it's crucial for their development.

Similarly we should later encourage them to crawl and pull themselves up to a standing position, and cruise around while holding on to furniture. These basics are encouraged early on as they're the building blocks for skills, such as gross and fine motor skills, and by doing this, physical activity seems fun and almost natural by the time children are 3 years old.

And it’s important at that particular age too, says Dr. Brett P. Giroir. “Children in the 3-to-5-year-old age group really require about three hours of active activities per day. Three hours is really important because we have seen that three hours of activity really strengthens the bones at a really important time when children are growing in terms of their bones, their muscle, their entire body stature. We can see that if children are very active for 3 hours a day in that age group, their body weight is much more normal.”

Dr. Valentin Fuster, cardiologist at Mount Sinai Hospital, says starting young encourages lifelong healthy habits too. “Age 3 is critical because there are few centers in the brain that connect with each other, only a few. It means anything you tell a child between age 3 to 6 is stored.”

What kind of exercise should pre-schoolers and kids get?

“You don’t have to put your 5-year-old on a treadmill,” says Giroir, it’s really just about children playing the way they usually would, you know, before smartphones and iPads.

But we’ve rounded up a few ideas to get them active – some even make use of YouTube. Try these out:

Click here – we’ve rounded up a few for you: 6 great channels to get your kids off the couch this holiday.

There are so many ways to keep the kids active and off the couch, and you don’t have to banish YouTube altogether to do so.

Let’s not forget that even Baby Shark get the kids to mime particular hand movements – and to run away doo doo do-do doo doo.

So don't wait till they're even 3 years old, start making physical activity as normal as breathing from the very beginning.

How do you encourage physical activity in your home? Tell us by emailing chatback@parent24.com and we may publish your comments.

Sign up to our weekly newsletter to receive Parent24 stories directly to your inbox.
We live in a world where facts and fiction get blurred
In times of uncertainty you need journalism you can trust. For 14 free days, you can have access to a world of in-depth analyses, investigative journalism, top opinions and a range of features. Journalism strengthens democracy. Invest in the future today. Thereafter you will be billed R75 per month. You can cancel anytime and if you cancel within 14 days you won't be billed.
Subscribe to News24
Related Links
Obesity is the number one lifestyle disease: Here’s what you can do to protect your family
Too much screen time, too little sleep and almost no exercise: shocking findings
We asked children why they don’t get enough exercise – here’s what they said
Next on Parent24
'When you adopt a child, you are adopting an entire family' – shifting the adoption story narrative