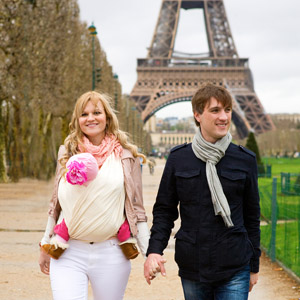 Pamela Druckerman’s book, “Bringing up Bébé: One American Mother Discovers the Wisdom of French Parenting” is stimulating debate in parenting, educational and even religious spheres. The reason for the global interest in the book? Drucker asserts that French-styled parenting leads to better adjusted and well-behaved children.

Her ideas developed after she looked at the chaos she was living with as an American parent, and compared it to the way French children (and parents) behaved. They seemed to have polite table manners, and tidier houses. Not only that, but French babies start to sleep through the night at a younger age than, say, their US counterparts.

Key issues in the book which have parents and people interested in parenting subjects having heated debates are breastfeeding and sleep training, amongst others, according to Barista Kids.

French mothers are quicker to switch from breastfeeding to bottle/formula feeding, and also prefer to stick to three meals per day, with a snack, as opposed to other developed countries which promote at least a year of breastfeeding, and regular healthy snacking as part of a nutritious diet.

French moms are less inclined to co-sleep with their babies, many of them using the “cry it out” method of sleep training which is directly at odds with another popular style, attachment parenting, in which moms are encouraged to keep as close to their babies at all times, using slings, swaddling and so on.

There have been accusations that French parenting as observed by Druckerman is merely unenlightened parenting- that French moms (and dads) are simply less involved with their kids, and the children are forced to become independent.

The opposite side of the coin is that other countries have so many trends, choices and “parenting gurus” that parents have become confused, and lack the self-confidence or the ability to just parent.

You can take a closer look at Druckerman’s book online.

Do you think it’s possible to over-parent your kids?

Read more on:
behaviourdevelopmentbabyfrench
Events
Sasol is looking for bursars for an all-inclusive bursary for 2023 - Apply now