'Ooh, look at him looking after his own children': Where social conflict between moms and dads start 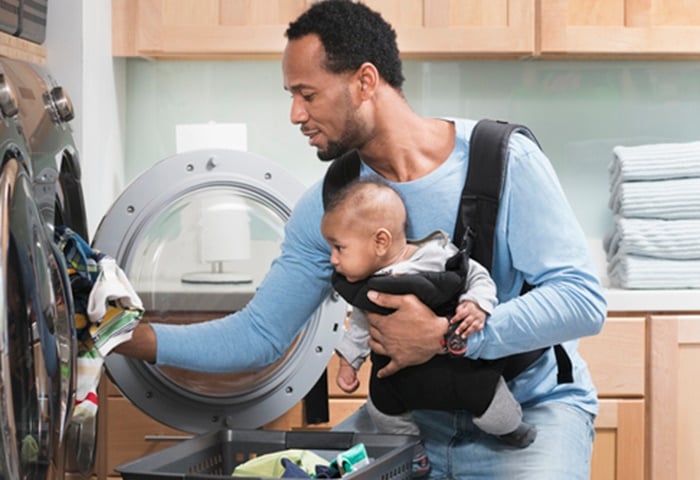 "Why do we not expect a working man to be looking after their children as much as their partner is? Why do we assume that they don't feel guilty about not spending enough time with their children as well?... We expect women to take on that responsibility, and yet for some reason, we give men a free pass," asked Keira Knightly in a recent interview with HelloGiggles.

Her statements were made in response to being asked how she managed her career and motherhood.

"The guilt is absolutely constant," the mom of two said, while also questioning why women are always asked the mom guilt question.

"Why do we not engage men in that conversation?" Knightly said, adding that men are always on the receiving end of praise when completing basic parenting tasks.

"It's really rare to see a guy at a children's [daycare], and if he is, people say, 'Ooh what a lovely dad. Look at him looking after his own children'. You would never say that to a woman".

Clinical Psychologist, Lerato Diale tells Parent24 that there is a huge difference in society's perception of fatherhood which is "less expectant or punitive" than the view of motherhood which is rooted in history.

"Before, men were expected to provide for their children, food, security, shelter.... maternal roles such as nurturing and warmth were not so prioritised. Society may have still held onto these historical views so much so that when a father is witnessed doing more than what is socially expected there is intrigue and reward for such behaviours unlike with mothers," Diale explains.

"Basic parenting tasks such as feeding one's children, bathing them, or even expressing sensitivity to children are actually a norm for some fathers to do in some cultures. The book Fathers in Cultural Context captures this well".

A more nurturing approach to fatherhood has also been found to be beneficial to a child's development specifically in "social competence and empathic abilities," the clinical psychologist advises.

The importance of redefining social expectations

Diale says that while we still have a way to go before "shifting expectations of fathering and fatherhood," comparisons between moms and dads need to be stopped.

"These individuals are different and each experience their relationships with their children differently and yet they are always compared with each other. Sometimes this is where the social conflict comes from, from comparing the two against each other".

Diale proposes that a good starting point for "redefining social expectations" is just to acknowledge the significance of both roles outside of predefined boxes.

"Fathers should not be boxed or categorised to remain in certain roles, in that way there is more flexibility to do more or father the child differently... The same applies to mothers, and I believe this would relieve some pressure placed on mothers and society wouldn’t at times be less rewarding to mothers".