Hair is an adoption issue 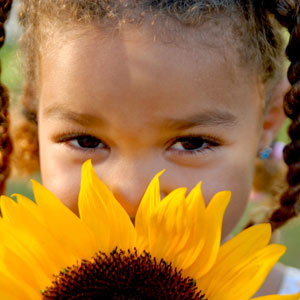 When we applied to adopt our first child, one of the decisions we had to make was about the ‘kind’ of child we would like to adopt. You can get very specific about your wish list but we just had two wishes: healthy and newborn. Gender was not an issue for us, nor was race or religion. We didn’t even think about appearance.

In an interview about our wish list, the social worker probed each choice.
‘You’re sure you don’t mind about race?’ she asked.
‘No, it’s not an issue,’ we stated.
‘What about hair?’ she questioned.
‘I really don’t mind if the baby has hair or not,’ I replied, surprised by the question.
‘Not that!’ she said, obviously irritated. ‘Curly or straight?’
‘We don’t mind, really,’ we reiterated, completely baffled by the social worker’s obsession with something as arbitrary as hair.
‘No, man, you know what I mean. Some of their hair can be really… really kroes.’
We had to stifle our laughter because she was deadly serious.

He has straight hair!

Months later when we got the call that our baby had been born, the social worker told us that he was a healthy newborn boy born of so-called coloured parents and, she proudly announced,  he has ‘beautiful straight hair’. She was very happy about that. We were too delirious about our healthy, newborn son to care about his hair.

With so many parents with ‘Caucasian’ hair adopting children with ‘Ethnic’ hair, hair care is a very fraught issue. Whole support group sessions are devoted to hanging on every word of a hairdresser about how to care for your child’s ‘Ethnic’ hair.

We learned about moisturising creams and extensions and braiding and twists and corn rows. We listened in fascination to debates about which were the best hair care products to make hair soft and manageable: ‘I swear that one in the tub with the green lid from Clicks with the picture of the happy little girl on it is the best!’

There were serious discussions about which tools to use. I was fascinated that a nailbrush seems to win hands down for infants over a wide-toothed comb or boar bristle brush. For a while the number one “adoption” book that was swapped among families was ‘Kinki Kreations: A parent’s guide to natural black hair care for kids’.

When our son was four months old, his previously straight hair started to curl and by the time he was six months old his hair was a mass of beautiful curls. The family joke was that we should phone the social worker and take her to task for giving him to us under false pretences. But we didn’t think she would get the joke.

Caro, white mother of two black daughters, made an insightful comment: ‘It was difficult at first because her hair is so different to my dead straight blond. But it was so important to make the effort. We are obviously an adoptive family and we get lots of comments about the girls and their hair, especially from black women. I feel like I am judged on how much I care for my girls by the state of their hair. For me, my daughters’ hair is a public display of how much I love them.’

Hearing Caro’s words made me realise for the first time why our social worker had been so insistent on questioning us about hair. If hair care equals love, then hair really is an incredibly important adoption issue.

Do you judge parents on the state of their child’s hair?

We live in a world where facts and fiction get blurred
In times of uncertainty you need journalism you can trust. For 14 free days, you can have access to a world of in-depth analyses, investigative journalism, top opinions and a range of features. Journalism strengthens democracy. Invest in the future today. Thereafter you will be billed R75 per month. You can cancel anytime and if you cancel within 14 days you won't be billed.
Subscribe to News24
Related Links
‘You’re adopted’
How do I adopt?
60 days
Next on Parent24
'You can't love the trauma out of your child,' says CapeTalk host and adoptee advocate Sara-Jayne Makwala King