OPINION: "Amendments to the Child Care Act will have a damaging effect on adoption in South Africa" 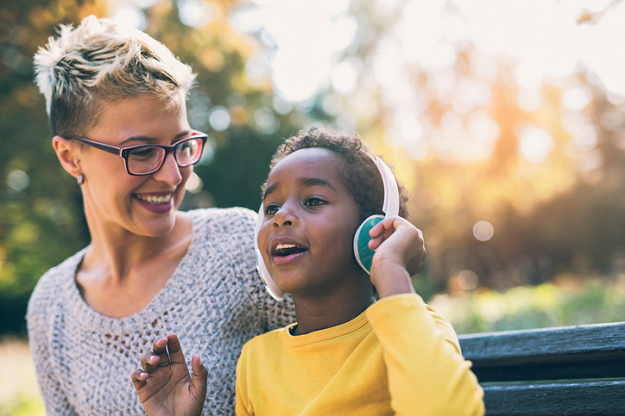 "The amended Child Care Act that will have a damaging effect on adoption in South Africa."

I’m a white mom of three black children through adoption and I blog about adoption and parenting over at www.heartmamablog.co.za.

Although I consider myself someone who is ‘in the know’ about what’s happening in the local adoption community, it seems that we were all in the dark about the hush-hush, last minute proposed amendments to the Children's Act that will have a damaging effect on adoption in South Africa.

What are your thoughts on the amendments to the Children's Act? Send us your comments and we could publish them. Do let us know if you'd like to remain anonymous.

My husband and I chose to start our family through adoption and opted to approach a private adoption agency in Cape Town to facilitate this process. Our agency gave us an indication of the fees upfront and although at a glance the lump sum looked pretty hefty, we were given the option to set up a payment plan that made payment possible.

Yes, we opted to pay private adoption fees but had we not had the funds available, payment via a sliding scale according to income would have been an option, or we could have accessed the government route where the process is heavily subsidised and prospective parents are charged less or not at all. I’ve not heard of anyone turned away from adoption for financial reasons.

Also see: "It will deny thousands of orphaned and abandoned children permanent families": Concerned psychiatrist on the proposed amendments to adoptions in SA

All adoptions cost the same – the only difference with private agencies is that parents get some extra pre- and post-adoption support. Private adoption fees cover various professional services including screenings and home visits with an adoption social worker, a full medical assessment, a psychological evaluation, legal services and group training sessions about the complexities of transracial adoption/attachment/early life trauma as well as post-adoption support.

The fees are not a "get rich quick" ploy for those involved, nor are they costs to "buy a baby" – they are appropriate fees for specialist professional services rendered.

Our first screening took us six months to complete and it was intense – we lived and breathed adoption paperwork and anticipation for our future child.

I’m not going to lie when I say that we rolled our eyes at the prescribed reading list of adoption books that we were required to read and summarise over and above everything else, but we understood that whatever was being asked of us was done so with a child’s best interest in mind.

As the first 1000 days are so vital in a child’s development, speedy placement of a child into a permanent home setting is a priority. Each of our children were placed with us before the age of one, which is largely thanks to the determination of our private social worker.

I’m a wholehearted advocate for family reunification where possible and ethical adoptions where this isn’t possible. I believe that adoption within the extended family should be explored as the next best case scenario, followed by same-race adoption which should be given preference over transracial adoption.

But then in the same breath, there is a place for transracial adoption which is a far more life-giving option than a childhood spent in institutional care. A loving family is always best.

Back to the proposed amendments, I love that 889 more social workers in the public sphere have been trained to render adoption services in rural areas, but why does this good news come at the expense of private adoption experts who will be unable to receive payment for their professional services that help make adoptions possible?

If this amendment is passed, many independent role players will be forced to shut their doors with others at the mercy of erratic and insufficient funding from the Department of Social Development.

Also see: Everything you need to know about adoption in 2018

After three adoptions, our social workers feel like family and we know for sure that they don’t view children as a ‘commodity’ as claimed by Lumka Oliphant, Department of Social Development spokesperson. They are simply passionate about seeing children grow up in loving homes and there is room for all the social workers in South Africa – those who have their rent paid by government and those who don’t.

What are your thoughts on the amendments to the Child Care Act? Send us your comments and we could publish them. Do let us know if you'd like to remain anonymous.

We live in a world where facts and fiction get blurred
In times of uncertainty you need journalism you can trust. For 14 free days, you can have access to a world of in-depth analyses, investigative journalism, top opinions and a range of features. Journalism strengthens democracy. Invest in the future today. Thereafter you will be billed R75 per month. You can cancel anytime and if you cancel within 14 days you won't be billed.
Subscribe to News24
Next on Parent24
OPINION: The new proposed adoption law Is NOT in the best interests of our children