'Be okay with what they choose': Local expert explains 'choice' as a powerful tool in discipline 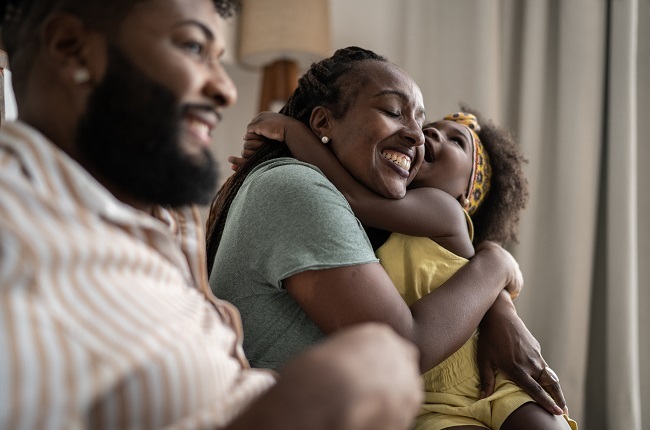 Are you a parent who sometimes uses threats to get your little ones to listen and behave because they won't listen to reason? You are not the only one. When trying to protect or discipline our children, we sometimes resort to techniques which are not the best.

Some parents resort to threats, punishing and lying to their children when trying to manage their child's behaviour.

But it doesn't have to be that way, according to the founder of Peace Discipline, Karen Quail. As an ex-teacher and school counsellor, who now works independently coaching and running workshops for parents, teachers and others who want non-violent alternatives when disciplining children, Quail has plenty of advice.

Read: Parenting made easy with these five discipline strategies

Speaking to News24 about her methods, Quail says that so many of us, as parents, associate discipline with being threatened or punished instead of it being about teaching, guiding, and supporting children to do better.

She says that giving children a choice can help them feel more motivated and, therefore, be more cooperative when they have to do something they don't feel like doing.

For example, choose which homework task to start with or which vegetables to eat with a meal.

An example of a healthy choice would be: "Do you want an apple or banana?" instead of "Are you going to stop that or do you want a hiding?" which seems like a choice but is, in fact, a threat.

Persuading and giving a choice

Quail explains that persuasion is not giving a choice.

For example, when the parent says, "Why don't we visit your aunt today?"

Quail explains this is because the parent wants the child to respond, but when the response is not the one they expect or when the child doesn't show interest in what the parent is proposing, the parent launches into a sales pitch to persuade the child to do what they want - in this case, visiting the aunt.

"This is confusing to the child because they thought they had a choice. But now it seems like they are bad if they don't choose the option the parent wants them to choose," says Quail.

Hence, Quail says that you need to be okay with the child taking either option when giving them a choice as a parent. If you are not ok with one of the options, it's better not to provide a choice between these options.

Must read: 'Children remodel what adults do': Expert urges parents to be mindful of how they speak to each other

We asked Quail if age matters when giving a choice, especially when dealing with young children, and she says that her research on this concept was focused on children of school-going age and adolescents, but that things are different when it comes to young children.

"Children's ability to make choices evolves as they develop, so the choices one would give a small child should be simple, and we shouldn't overburden them with too many choices," says Quail.

Sometimes, just like adults, it can be difficult for children to choose, especially when they like both options.

"But not being able to make a choice could also mean that the child doesn't quite get the concept of choice yet, or isn't clear yet about what they want," added Quail.

What can parents do in this situation?

"You might say: 'Sometimes it's hard to choose', which reflects what he is going through, and then if he still seems undecided, you could say: 'Let's try this one', and choose one for him," says Quail.

"Start helping him to put it on, watching his reaction. If he seems fine with it, then go with that one, but if he starts to protest and says he wants the other one, then say: 'Okay, let's wear that one instead' and help him put it on, saying: 'Today you want to wear this one, not that one'.

"In this way, you help your child get in touch with what he wanted by seeming to choose something and letting him feel what he feels about that and then express it, says Quail.

"Then, once he has expressed his choice, instead of saying something impatient like 'Well, why didn't you say so when I asked you?!', or persuasive ('but this one's better because...') shows that you respect his choice now that he knows what he wants and don't make him wrong for not knowing sooner," advises Quail, adding that this may also help avoid some tantrums.

Also see: Tantrums or growing pains? There’s much more to toddler troubles than you might think

If you are finding that there are often tantrums after you offer choices, it could be that your child is not ready to make those choices, and it's probably better not to provide them with them till he's a bit older, says Quail.

She advises cutting down on the choice that leads to a tantrum or meltdown with younger children by making a choice more straightforward.

"A simpler choice would be choosing whether he wants something or not, rather than between two things," she says.

For example: "A young child may have a meltdown after choosing between a marshmallow or a piece of chocolate because seeing both of them makes them realise they want both of them," she explains.

"Instead of being happy about getting a treat, he's upset about only getting one. This is not being naughty or ungrateful. It's just that your child is not yet developmentally ready to handle the implications of choosing one thing over the other," says Quail.

She adds that if this is where your child is at, it is kinder to offer just one treat so that the choice is: "Would you like one?" rather than, "Which one would you like?"

Must see: What causes 'difficult' behaviour in children and how to deal with it?

Benefits of offering a choice

Quail notes that one of the benefits of giving a choice to children is getting tasks done quickly and without drag. For instance, "Would you like to bath now or in five minutes' time?"

In this case, both options are quite immediate. Also, things tend to go more smoothly when a child feels more motivated (as they do when they have choices), and this can save a lot of time.

Quail also states that offering choices within a meal can help picky eaters, but she warns that parents should avoid giving too much choice in certain situations.

"For instance, instead of asking a child what they would like to wear today (a choice between all their clothes), you can present two good options to them and ask them to choose which item they want to wear on that day," she says.

It's ok in certain situations not to give a choice. In these situations, you can use other tools to support the child to do things they don't feel like doing.

Not giving a choice is better than trying to control the choice. You don't always have to provide an alternative;it's often better not to.Give choices you are happy to give and that are good choices for the child.

Don't overload the child with too many choices - making decisions at every point of the day can be quite a heavy load for a child to bear.