After watching this Beyoncé and Jay-Z video, you’ll wish you were part of the Carter family too! 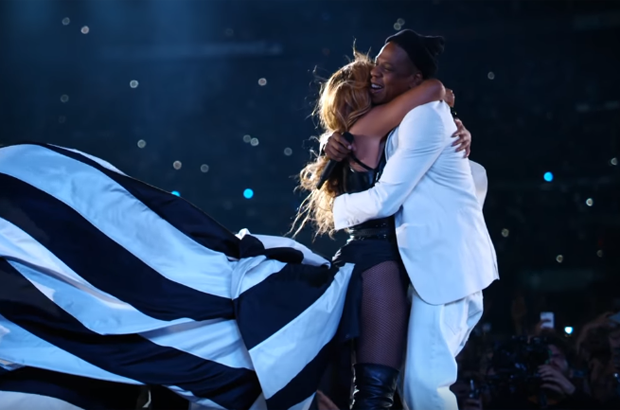 I know this isn't exactly new and I don’t know if you’ve seen this video before. But I thought I’d show you and remind you of exactly why we love mom Queen Bey and dad Jay-Z so much. Because no one does it quite like the Carters.

From glamourous baby showers to Barbie and Ken costumes, the Carters always make us wish we were part of their happy family. We’re always in awe at Bey’s pregnancy portraits and 15-year-anniversary posts of the power couple’s first song together, Bonnie and Clyde.

Following the theme of their first single, they co-headlined the On The Run Tour, in which they performed songs from their solo careers as well as songs they’d sang together. And after the tour rapped in 2014, Beyoncé released a video of the couple performing what critics have called “the best moment” of their set, as they sang Young Forever to each other, while home videos showed their life together as a couple. And in the middle of the song they came together on stage, held each other close and Beyoncé sang her hit Halo, as they gazed adoringly at home-videos of Blue Ivy.

I am in tears!

After watching the two take Paris, get matching tattoos and exchange vows, I was already overwhelmed and I didn’t think my fragile little heart could actually take much more.

But lo and behold, a pregnant goddess-like Beyoncé emerged on screens in the stadium, with Jay-Z’s arms around her waist and hands holding her pregnant belly.

I watched Beyoncé and Jay-Z embrace each other and watch home videos of baby Blue Ivy, which included Jay-Z and his little girl doing push-ups together in the most adorable father-daughter moment ever and watched the camera pan “The Carters” written in the sand on the ocean shore.

Needless to say, that got me right in the feels.

So as the video concluded and the Carters kissed and hugged on stage, my vision blurred and I reached for a tissue.

I dabbed my eyes, thinking about how wonderful it must be to be a Carter, and whispered oh-so-quietly to the figures on my screen, “Adopt me.”

Do you have adorable home videos with your family? We'd love to see them. Send them to chatback@parent24.com. We may just publish them!

We live in a world where facts and fiction get blurred
In times of uncertainty you need journalism you can trust. For only R75 per month, you have access to a world of in-depth analyses, investigative journalism, top opinions and a range of features. Journalism strengthens democracy. Invest in the future today.
Subscribe to News24
Related Links
Blue Ivy, baby genius?
Beyoncé and Jay-Z trademark Blue Ivy's name
This dad is cooler than Jay-Z
Next on Parent24
WATCH | Mom makes an R80 000 Christmas tree ornament - from her son's old braces