How arranging a regular 'mama's night out' saved my marriage 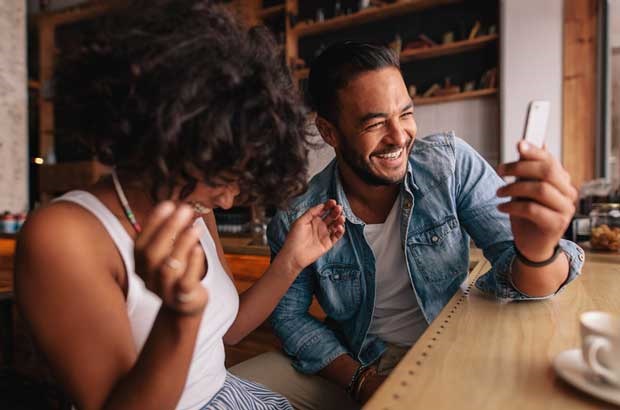 We created mom and dad's night off, so we could do things we used to love doing before we were a spouse or parent.

In my 40th year, after doing the all-in mother and wife thing for nine years, I found myself decidedly unhappy and raging beneath the surface. The fault lines were dangerously close to ripping up my world.

I told my husband I was struggling, angry, and stressed. I felt like I was the only one keeping all the balls in the air.

"You're the one doing this to yourself," said Elton.

"You know what I'm able to and unable to do. You know I excel at organisation, details and arranging, and you can do the physical stuff I'm no longer able to do. Please let some things go, and let me run the house with you."

I listened. When Elton was medically retired, he took over the running of the house. I worked full-time and became the secondary parent, as we like to joke.

As our son grew older and lost interest in hanging out with the parents, and as my husband's rare disease took its toll on his mobility, there were certain activities he could no longer participate in.

WATCH | Ed Sheeran reveals the no. 1 rule he follows during date night with his wife

'Time to do things I love'

One of my favourite me-time activities are birthday freebies.

The get-one-free-ticket-for-the-birthday-person deal and having the freedom of the city at a discounted price.

I'm a "liker of things", as the kids say, and I said I would like to carry on doing all the birthday things in my birthday month, as I love the birthday attention and surprises.

The one surprise I didn't reckon on, was the reaction of friends and family to me being free to do things on my own. I love me time and freeing myself from the invisible emotional energy that comes with being a mother and wife.

I had the time to do things I love. Things that Elton doesn't necessarily like, but will do if made to go along.

We created mom and dad's night off, so we could do things we used to love doing before we were a spouse or parent.

People were okay with Elton going on dad's night off and weekends away. But when it came to me, they felt I needed permission.

'My rude awakening to the modern dating scene': A divorcee's advice

'How far we've come as women'

It was around a braai one evening when a man we know via a friend questioned how Elton could "allow" me to go out and do these things on my own.

Chatting to married people around me made me realise how far we've come as women, but also how much we still have to do.

Women in relationships either telling me, oh no, their partners would never allow that, or I'm so lucky to have a husband who allows me to do me stuff.

I really feel mama's night out, sometimes once a month, sometimes twice, saved our marriage and made our home a happier place.

There've been some heated conversations around braais and dinners, where Elton was almost ridiculed for "allowing" me to go out and do stuff.

Someone even went as far as saying how I am humiliating "poor, sick Elton" by going out and living as if I'm single on those time-outs.

Following many honest discussions with married women who wished they could join me, I would like to think that our marriage is one of the healthiest I know.

As for motherhood, I'm 14 years in, and even though the early years were tough, I reckon I'm getting closer to cruising altitude and having the freedom to kick back a bit.

Republished on Parent24 with permission from the BrightRock Change Exchange programme. See the original here.

Read more on:
marriage advice
Events
Sasol is looking for bursars for an all-inclusive bursary for 2023 - Apply now