So your child wants to be a YouTube star. Should you support them? 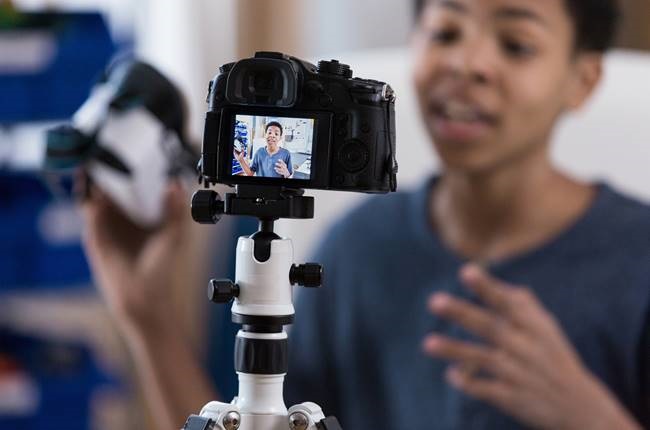 "I'm going to be a YouTube influencer when I grow up!"

I think every parent with a child who has had access to YouTube has heard this phrase uttered more than once.

When your child follows and watches some of the big South African YouTubers – such as MCPEMike, who has a follower base of 230 000, or FrankyB, who although his fan base is smaller at 3 000 followers, is gaining momentum quickly – the discussions about future career options often look very different to what it did even 10 years ago.

When my 11-year-old is asked what he wants to be when he is older, the response is inevitably "YouTube famous", which, although fun, cannot actually be considered a run-of-the-mill job.

There are no university degrees for YouTube fame and almost no guarantees when it comes to creating a YouTube channel.

Originally I started this article with the intention of how to motivate our kids away from YouTube fame and to more traditional jobs, but when I started talking to other parents a plot twist occurred.

I had assumed all parents would feel equally frustrated in trying to motivate their children away from YouTube, but I found the parents I spoke to were pro-YouTube, causing me to question my "anti-YouTube" belief.

Candice, a mom of two boys aged 9 and 3, told me she would be allowing her older child to explore it.

"I am also looking at what specifically is attractive to him about it. Is it the gaming part? Is it analytics when it comes to monetising the channel? Is it engaging with people? Is it influencing? Are there any hidden talents that need to be nurtured?" she asks.

Mary, a mom of three boys aged 11, 9 and 6, explained that her children want a YouTube channel, so she lets them make videos, but only sends the videos to relatives to watch.

"I told them I might let them have a private channel in a few years," she said.

Shelley, mom of an 8-year-old boy, explained that it could be a very lucrative networking tool and that if Zoom meetings were the way of the future, encouraging YouTube was good practice.

"You can also make a passive income off of the videos," she said, but added that in the beginning she was concerned about cyber bullies.

"He is a very sensitive little guy and any nasty comments would be devastating so we just turned off commenting.

"He is not allowed to post without us viewing videos first either – they aren't very good, to be honest, but he isn't going pro or anything – he'd need a special camera and lighting and lots more practice (and interesting content) for that."

Shelley says it is a bit of fun for him to practice his presentation skills and gain confidence for now, and that later they would look into content skills, algorithms and building a brand when he is old enough and more serious about the work it would take.

What is behind the attraction?

This led me to look into this a bit deeper.

Am I being the conservative parent, wanting my son to follow a traditional path, despite the fact that I myself am not following a traditional career path?

I took the opportunity to speak to brand and marketing manager Malika de Roubaix, who holds an Honours degree in psychology, to find out more about what drives kids to aspire to be YouTubers.

She explained that one reason why children want to be YouTube or online stars is that they see these children online and they believe their lives are amazing and perfect.

"They may be unable to discern between what is real and what is done for the purpose of a video. Seeing the success of YouTube stars can make children envious of what these stars have, causing the children to want to be these children that they watch online," she said.

"Their view is that if they can also be an online personality, they too can have the same things, both tangible and intangible. This does not mean that children are unhappy with their lives or who they are in a broader sense; it is simply the nature of the appeal of having all the toys, all the fun, all the attention and whatever else an individual child may find enticing."

What it came down to for children and adults alike, De Roubaix explained, was that we generally aspire to be like people who we perceive as successful.

"Success means different things to different people and we look to them for guidance on how we too can have the same success. We will lean towards people who have achieved the most success in our own eyes and we strive to be like them."

Furthermore, she said, being surrounded and constantly able to watch these virtual celebrities meant it was almost "in our face" constantly, creating an unconscious need and drive to liken ourselves to those we look up to. This explanation of the psychology behind the fad makes sense.

Coming from a society such as South Africa, where the 'have-nots' are vastly outweighed by the 'haves,' I can understand the need to make it big on YouTube.

I can understand why they envy these stars, and aspire to have and to be what these YouTube stars are, my son included.

He sees a world he wants to be part of: the likes, the follows and the money.

Doing my own research

Listening to other parents and researching this have caused me to realise I clearly have even more research to do, instead of trying to put him off to fit into my model of what success looks like.

I should be looking into the reasons behind his decisions and potentially encourage some aspects of this drive.

Aspects which would not only work within a YouTube world, but also within other avenues to ensure that if this ends up being his chosen career path, there will be additional options to finance it until he hits it big.

Until that happens, my only course of action is to accept and respect his decision and assist with advice when needed and, of course, simply love him for being the quirky, geeky kid that he is.

We live in a world where facts and fiction get blurred
In times of uncertainty you need journalism you can trust. For only R75 per month, you have access to a world of in-depth analyses, investigative journalism, top opinions and a range of features. Journalism strengthens democracy. Invest in the future today.
Subscribe to News24
Related Links
His father left when he was a teen, and now he's an 'internet dad' to millions
With $26 million in earnings and more views than Baby Shark, this 8-year-old is Forbes'...
YouTube's violation of child privacy laws reinforces the importance of online safety tips like these
Next on Parent24
The best Black Friday 2020 nappy and baby goods specials