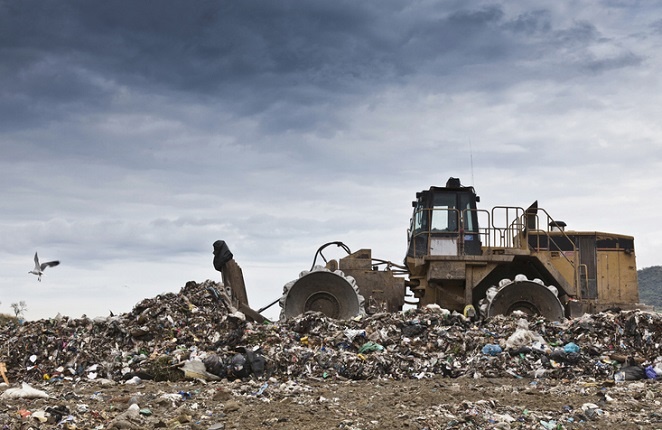 Landfills have an immense effect on the environment and that is very harmful to children.

I recently attended an event held by the City of Cape Town's Solid Waste Management Department where it was highlighted that landfills (also known as tips or rubbish dumps) in South Africa are getting fuller at a rapid pace, and future generations might suffer the consequences if positive change isn't implemented.

According to the Solid Waste Management Department, about 36% of household waste is recyclable, yet many South Africans don't recycle, which is how a lot more waste ends up in local landfills.

A spokesperson for the Solid Waste Management Department explained that landfills are not only toxic to the environment; they also pose serious health risks to animals and people, and especially to children.

Harmful to the environment

Modern landfills were created to keep toxic chemicals out of the environment, yet now the opposite is happening. Landfills pollute the local environment, including water and soil.

This is because much of the material that goes into landfills is organic material, including food waste, which is especially hazardous to the environment because food waste tends to be compacted or broken down anaerobically (a process where oxygen is removed from food waste) when put into a landfill.

According to the Organics Recycling Association of South Africa (ORASA), as time passes, methane is produced, a gas that is 20 times more potent than carbon dioxide, wreaking havoc on the environment.

Methane is dangerous large concentrations as it is highly flammable.

Landfills contribute greatly to global warming as methane is just one of the greenhouse gasses it releases: carbon dioxide is another dangerous gas released from landfill sites.

Other materials that end up in landfills, like computers or old televisions, also contain toxic substances.

Also Read: #NoFutureNoChildren: Teens are pledging to not have children until governments address climate change

Because children are still developing, they are more susceptible to threats posed by toxic landfill release.

In children, these toxins can lead to the development of conditions like asthma, and permanent disabilities, and other psychological and neurological damage if they are exposed to polluted water or air.

Lead, for example, can cause damage to babies brains and nervous systems.

Exposure to cadmium gas can affect an unborn child, and may also effect a mother's breast milk. The pollutant tends to be associated with low birth weight and can lead to spontaneous abortion.

In January The Conversation reported that climate change impacts the human habitat immensely and the water resources too; which could be how mothers and children are exposed to the toxins released by landfills, even if they don't live near one.

What you can do to make a difference

Earlier this year Parent24 reported the stories of South African parents who choose to use cloth nappies instead of disposable ones.

One of the parents, Outeng, said, "I have been using modern cloth nappies for 2 years now, absolutely love them! Breathable, as they are made of natural fibres, biodegradable, and the list goes on."

This is just one of the many behavioral changes parents can make to save the planet.

Get the children involved

It is also a great idea to encourage your children to practices environmentally friendly behaviour, perhaps by providing incentives to encourage to make recycling more appealing to them.

It starts with simple acts like putting a piece of paper in a recycling bin (if it's recyclable), and who knows, they might eventually become interested in volunteer work planting a tree... or three.

Chances are you have probably heard this so many times before, but avoid plastic bags. Many stores have started producing bags that can be recycled, but try your best to reuse your own bags.

If you are only buying a few items, get used to saying no to plastic bags when the cashiers asks "Plastic?"

Here are another 5 ways to get your kids excited about recycling.

Share your story with us, and we could publish your mail. Do you make us of landfills? Your contributions are welcome.

Green family: 5 ways to get your kids excited about recycling