This photographer captured just how exhausting parenting actually is! Yes, we all absolutely love our little ones and there is nothing quite like seeing them smile after a long day at the office.

But sometimes, we’d also just like to come home to clean floors and walls that haven’t received a new paint job courtesy of our kids and their terrible twos, but a peaceful sanctuary complete with well-behaved children perched on the couch watching some TV. And all this is after they’ve completed all their homework, chores, had a bath and are ready to run into your arms and just smother you with some much-needed love and affection, of course.

But as we all know, parenting isn’t peace and quiet and obedient little ones sprinting into your arms. No, no, parenting is a marathon.

And working mom Danielle Guenther knows just how utterly tiring it can be.

The New York based photographer and mother to an 8-year-old boy perfectly captured the challenges of being a parent in a series titled Best Case Scenario and we are either crying at how funny it is or in tears about how utterly relatable we’re finding it. Either way we are loving it.

Danielle told Parent24 that she got the idea when she was on assignment shooting a regular lifestyle session.

“They laid down in exhaustion on the couch afterwards, and I decided to take that action and turn it into the reality of what most of us parents really feel like. "Parenting is Exhausting" was the first image of that series.” Danielle continued to shoot more and more staged images wanting to capture the reality of being a parent. She said, “On social media, people tend to share the perfection in life... but we all know (especially as parents), you can have that amazing moment with your child, and the next 45 minutes can be a massive temper tantrum.”

Thus, hoping to photograph every parent’s struggle in a humourous way, she set out to create what for many parents is the Best Case Scenario. Take a look: "She Got the Bug" "Keep Your Head in the Game" "Just Another Mouth to Feed"

While we realise that the scenes were obviously exaggerated, they were in fact inspired by Danielle’s own experiences as a mother. We found the following image particularly relatable.

Commenting on the image Danielle told Parent24 that after she had her son, she was in so much pain waiting for milk to come in, her mother brought her frozen items to put on her breasts for relief.

“I actually have an image of me with ice packs sipping a Guiness a couple days after birth,” she said. 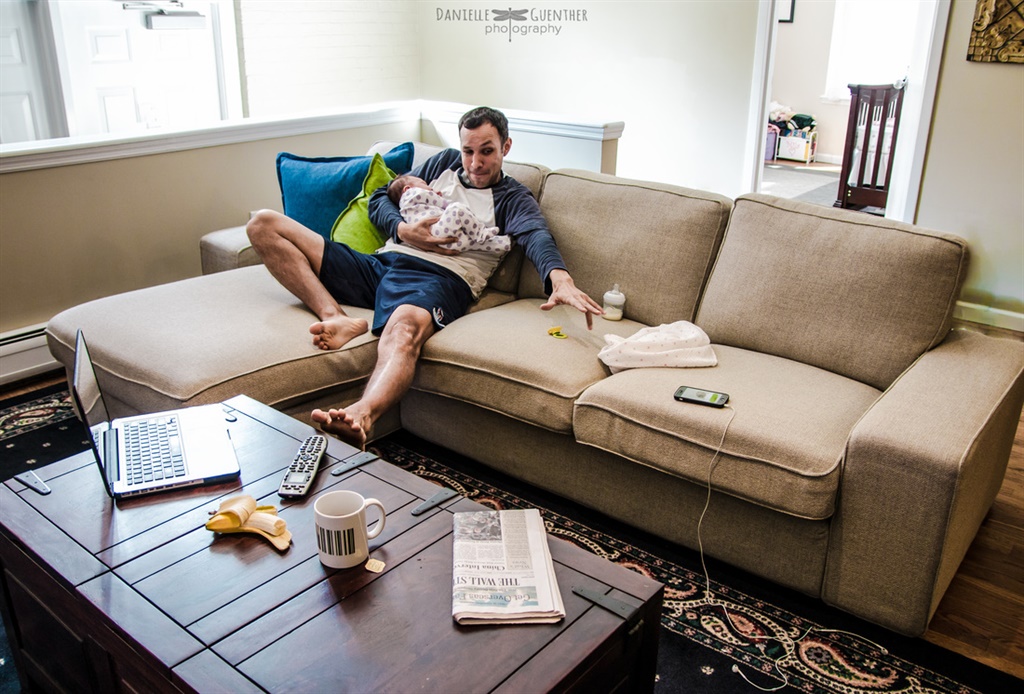 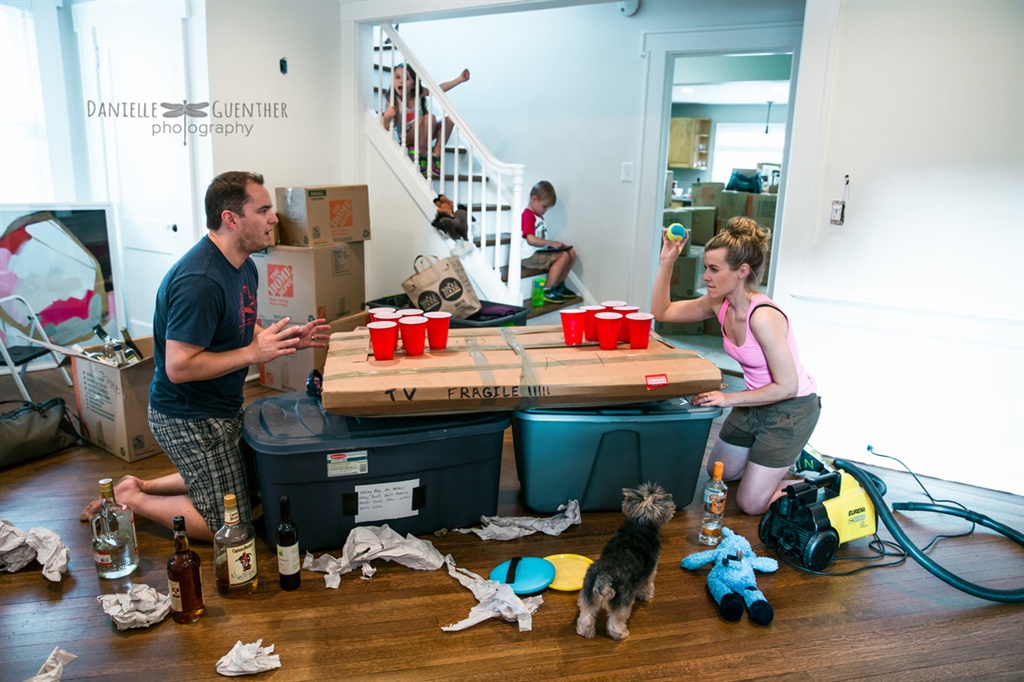 "Loser Unpacks It All" Danielle explained that while her little one helps her now and occasionally even lets her photograph him, there were times back when she first became a parent where she felt as though she couldn’t quite keep up.

“I wanted to crawl into a corner and cry, while numbing myself with a bag of doritos and a bottle of wine,” she explained.

But as Danielle continued and perfectly concluded, “Life isn't perfect, but these are the moments we'll want back someday. These are the stories we'll tell. It may be chaotic in the moment, but we'll look back and laugh and beg for them back.”

Danielle also created a maternity series appropriately titled What The Bump? and What Women Want series that we also completely loved. You can check them out on her site. You’ll be rolling on the floor laughing.

I mean, an old school girls night where we all just get together to eat and sleep?

I’m there for it!

Have you found yourself in similarly hilarious scenarios at home since you had kids? Tell us by commenting below.

We live in a world where facts and fiction get blurred
In times of uncertainty you need journalism you can trust. For 14 free days, you can have access to a world of in-depth analyses, investigative journalism, top opinions and a range of features. Journalism strengthens democracy. Invest in the future today. Thereafter you will be billed R75 per month. You can cancel anytime and if you cancel within 14 days you won't be billed.
Subscribe to News24
Related Links
Parents share hilarious pictures of themselves before and after having kids
Remember that time before you had kids? Remember that time before you #gottoddlered?
Sweatpants and messy buns: This mom went viral after her hilarious and relatable post
Next on Parent24
Dad shares top tip for teaching kids to be responsible

Read more on:
working momssingle parenting
Events
Sasol is looking for bursars for an all-inclusive bursary for 2023 - Apply now