'Trying to conceive saved my life': 57-year-old US mom discovers brain tumor thanks to pregnancy 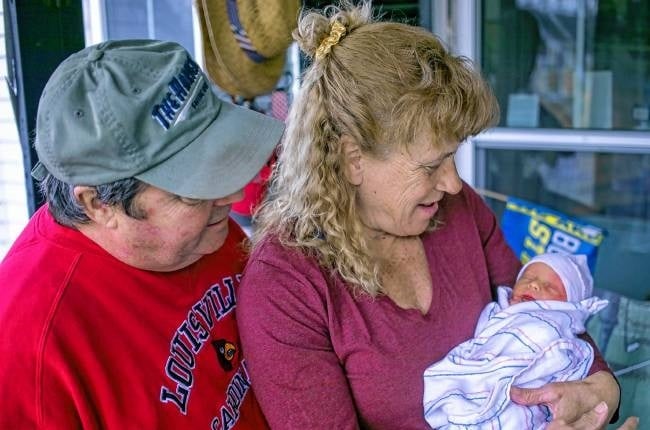 "No lie. I am sitting here at my age thinking, 'I just had a newborn'," says American mom Barb Higgins, who is one of the oldest women on record to give birth, in New Hampshire in the United States.

According to records, Maria del Carmen Bousada de Lara is the oldest verified mother; she was 66 years and 358 days when she gave birth to twins, just beating Adriana Iliescu, who was 130 days younger when she gave birth in 2005 to a baby girl. In both cases the children were conceived through IVF with donor eggs.

For parents Higgins and Ken Banzhoff this isn't their first child, as they had two daughters, Grace and Molly.

After the tragic passing of their 13-year-old daughter Molly, due to an undiagnosed brain tumour in 2016, there was a hole in their family.

Through counselling and support groups, the couple began to recover. And then they started thinking about trying again for another child.

Also read: Baby milestones: our list of articles you have to read

They began doing research and taking steps towards having another baby, but Higgins has said that what happened to Molly was its own journey, separate from them bringing Jack into this world although she admitted in an interview that, "It likely would not have happened if she was still alive."

Higgins fell pregnant through in-vitro fertilisation, and throughout this process doctors took many tests to confirm that she was healthy to carry the baby full term.

It was thanks to these tests that the doctors found that she had a brain tumour, just like her daughter Molly. Despite this setback, they managed to remove it and Higgins now firmly believes that trying to conceive saved her life.

Baby Jack Kearsley Banzhoff was born healthy, weighing just over 2,7kgs, but Higgins admitted that she was anxious and scared, but excited, about this new addition in her life.

She says that it was significant to reach certain milestones during her pregnancy, such as reaching 12 weeks and then proceeding to 20 weeks.

The couple kept the news under wraps until Higgins was 20 weeks along, when she started sharing it with close friends and family.

Once she started showing around 30 weeks, she began telling a few colleagues at work. She says that reactions before and after Jack was born to have been positive for the most part.

"The community and culture around childbirth is a phenomenal community. Judgment is almost non-existent," she said.

In New Hampshire, from 2011 to 2021, only 26 women over the age of 50 have given birth, setting Higgins in rare company. Higgins is also the first female athlete in the US to run a mile in less than 5 minutes.