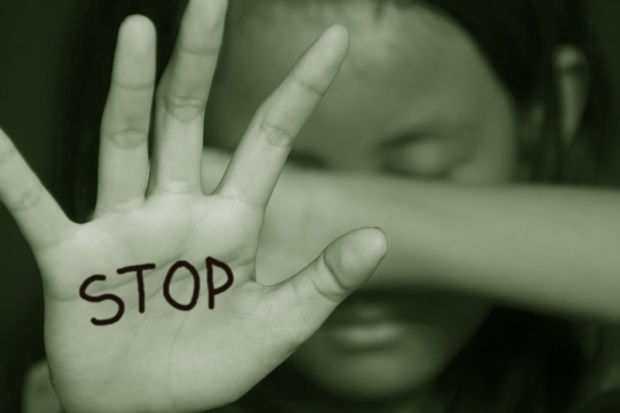 How to report child abuse:

Child abuse can be reported to a government body including the South African Police Services (08600 10111), Child Welfare SA (011 452 4110) or the Department of Social Development.

If you are uncertain if abuse is really taking place or you are not sure what steps you should take, you can contact Childline on 0800 055 555 for support. They also have referral services that will help you report known or suspected abuse in your area.

Who should report abuse?

It is important to remember that any person who works with children in an official or medical capacity – including doctors, dentists, teachers or occupational therapists – has a mandatory obligation to come forward if they know or suspect that there has been physical abuse. “Neighbours or friends are not required by law to report physical abuse, but are encouraged to do so,” Gita says.

In the case of sexual abuse, however, anybody who suspects it is taking place has a mandatory obligation to report it.

But, of course, the obligation to report abuse rests predominantly with the parents of the child.

Once the abuse has been reported, depending on the available evidence, the abuser will be arrested and charged with the crime. He or she may be released on bail to await their court date. If they are found guilty, they may face time in jail.

Getting a protection order

Because violent or unstable people commit abuse, those reporting the abuse may fear for their safety. Under the Domestic Violence Act and the Children’s Act, it is possible to obtain a Protection Order to prevent the perpetrator of the abuse from gaining access to his or her victim or the person reporting the abuse.

1. Report to the police

Before a Protection Order can be granted, the abuser must first be reported to the police.

The order can then be obtained from the Magistrate’s Court to prevent the abuser from coming within a certain distance of the child, from being alone with the child in a house and, if alternative accommodation cannot be found, from entering a certain space in the house where the child can be safe.

“Protection orders are great on paper but can be difficult to implement,” says Gita. “But it’s important to have one so that if things get worse or if the couple divorces, the order and its contraventions will act as a string of evidence as to why parental rights and responsibilities should be rescinded.”

She adds that if a person’s parental rights have been taken away, that doesn’t free them from the responsibility of paying maintenance, so the non-offending parent need not be concerned with finances at this stage.

The signs of child abuse

One of the greatest impediments to reporting child abuse is a lack of certainty. However, even if you only suspect that abuse is taking place you have an obligation to report it. According to Childline, these are some of the signs a child will display when they are in a physically or sexually abusive situation:

There are a number of reasons why a parent might not report known child abuse. Key among these is that physical abusers are often also violent towards the non-offending parent as well, so that person might fear for their own physical safety. A mother may also have battered women syndrome, in which abused women struggle to free themselves from the abusive situation.

Another reason that abuse may go unreported is that the mother may be financially dependent on the abuser. If he is arrested or found guilty, he may lose his job, and the family would be in serious financial trouble. For this reason it is important for the financially dependent parent to appeal to family members for their assistance or to try and achieve some sort of financial independence.

No matter what the circumstances, it is imperative that abuse gets reported, but Gita explains that people who are struggling to do so for either of the mentioned reasons need to be treated with empathy.

The only alternative to reporting abuse is for the abuser to be willing to acknowledge fault, go for therapy and be committed to changing. “The family should go for group therapy, and the abuser must go for individual therapy as well,” says Gita. “But abusers are unlikely to be willing to go through with this so it’s important not to expect or rely on it.”

For further resources and a list of organisations that may help families and those affected by domestic, physical and sexual abuse, please click here for the Vital Foundation's website.

We live in a world where facts and fiction get blurred
In times of uncertainty you need journalism you can trust. For 14 free days, you can have access to a world of in-depth analyses, investigative journalism, top opinions and a range of features. Journalism strengthens democracy. Invest in the future today. Thereafter you will be billed R75 per month. You can cancel anytime and if you cancel within 14 days you won't be billed.
Subscribe to News24
Related Links
Supporting rape survivors
What to do if you know someone who is being abused
13 ways to spot drug use
Next on Parent24
Can I get an ID if I was born in SA to foreign parents but my uncle has a valid South African ID?