Parental alienation has officially been recognised by WHO, but it's been a violation of SA children’s rights since 2005 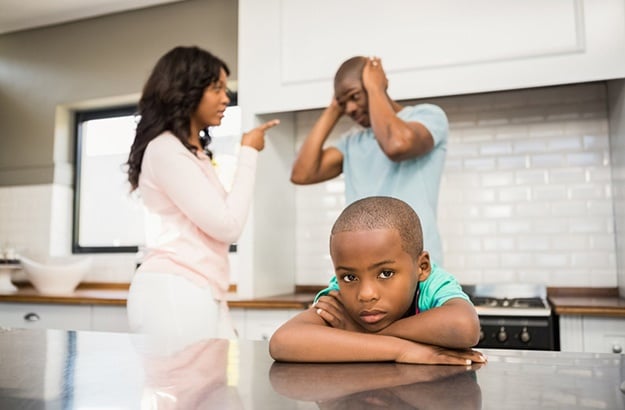 "Parental alienation is a set of processes and behaviours conducted and enacted by a parent to deliberately and knowingly damage or sever the relationship between a child and another parent..." – clinical psychologist, Dr Marilé Viljoen

On 25 May the World Health Organisation officially updated and adopted the eleventh International Classification of Diseases (ICD), in which they included a description for “Caregiver-child relationship problem”, or as many understand it, parental alienation.

In their description they write of parental alienation as a “substantial and sustained dissatisfaction within a caregiver-child relationship associated with significant disturbance in functioning.”

“Parental alienation is a set of processes and behaviours conducted and enacted by a parent to deliberately and knowingly damage or sever the relationship between a child and another parent with whom the child enjoyed a prior loving relationship... [A child will express] disapproval and even hatred toward a parent they loved and respected before the separation or divorce.”

“The voice of the child can influence the parenting plan … and if we do not understand the dynamics of parental alienation, it is very easy to buy in or to even become part of that “alienation process”.”

As Dr Viljoen explains, parental alienation occurs when one parent deliberately tries to damage the relationship the other has with his or her child. It often happens when parents are going through a not-so-amicable divorce, and a child becomes notably more distant and detached from one parent.

According to De Rebus, the South African attorneys’ journal published by the Law Society of South Africa, we can look at the affected child’s behaviour for the symptoms of parental alienation which may include:

According to Dr Viljoen, a child will often make accusations toward the targeted parents, and in a scripted manner, none of which will make any sense. This has much to do with them being unknowingly manipulated, and at the same time, not fully understanding the situation.

South Africa has a long way to go when it comes to openly discussing parental alienation and seeing it be a factor, and a significant one, in the court room.

Bertus Preller, a Family Law and Divorce Lawyer at Bertus Preller & Associates Inc., in Cape Town, explains on her website, “In many cases before our courts alienated parents are exposed to false allegations of domestic violence against their ex-spouse or partner, false allegations of physical, emotional, sexual, abuse or neglect against their child."

"In Family law proceedings in South Africa, a child’s best interests are paramount and therefore allegations of abuse generally result in the instant pause of direct contact with the child while fact finding, safeguarding and clinical assessments are undertaken."

“It goes without saying that parents who are then unable to see their child experience a presumption of guilt and a need to prove their innocence.”

"Although not much has been done to officially recognise parental alienation in South African courts, the law always advocates for the “best interests of [the] child”.

The Children’s Act 38 of 2005 specifically states:

“Whenever a provision of this Act requires the best interests of the child standard to be applied, the following factors must be taken into consideration where relevant, namely-

(i) both or either of the parents; or

(ii) any brother or sister or other child, or any other care-giver or person, with whom the child has been living;

(f) the need for the child-

(i) to remain in the care of his or her parent, family and extended family; and

(ii) to maintain a connection with his or her family, extended family, culture or tradition;”

Parental alienation is therefore not only officially recognised by WHO, but in South Africa, it's also a direct violation of a child’s rights.

We’ve written before of a child’s right to, and the value of, having both parents in their life as they grow up, provided, of course, that both are fit and able to have a positive influence on their child’s life.

The active involvement of both parents has a significant impact on a child’s physical and emotional development, as well as their well-being, so surely taking that away from a child is in and of itself a form of neglect and abuse – the very thing one parent uses against another in court.

Of course there are instances in which this is the case, and we sympathise deeply with parents having to go through the nightmare of a relationship that leaves lasting wounds of this nature.

But we need to shed a light on parental alienation as well, and we’re hoping its official inclusion in the eleventh ICD will serve as a catalyst in giving the many families affected by it their day in court.

In a case before the High Court in Pretoria, Judge Peter Mabuse sent a clear message to parents who alienate their children from the targeted parent:

“It is humanly incomprehensible why one parent would refuse the other parent the right of access to their own child. “In my view – and here I am not laying down any general principle – a parent should encourage frequent contact between their children and parents.”

Are you affected by parental alienation?

Tell us your story and we may publish it. Do let us know if you'd like to remain anonymous.

We live in a world where facts and fiction get blurred
In times of uncertainty you need journalism you can trust. For 14 free days, you can have access to a world of in-depth analyses, investigative journalism, top opinions and a range of features. Journalism strengthens democracy. Invest in the future today. Thereafter you will be billed R75 per month. You can cancel anytime and if you cancel within 14 days you won't be billed.
Subscribe to News24
Related Links
"He loves his daughters and will do anything for them": Maintenance is messy, but it doesn't have...
A dad's maintenance story: ‘Fathers are not always the ones in the wrong’
Unmarried parent? Know your rights
Next on Parent24
Can I get an ID if I was born in SA to foreign parents but my uncle has a valid South African ID?