What is Intrauterine Insemination? (IUI) 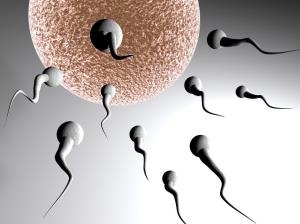 Couples that have been trying to conceive for a long time without success are likely to eventually seek help in order to conceive. As assisted reproductive techniques have grown and expanded, infertile couples now have many different options to choose from, including fertility drugs like clomiphene (Clomid) and more intricate procedures such as IVF.

Despite these advances, many couples still opt for one of the oldest methods of assisted conception: intrauterine insemination.

Intrauterine insemination (IUI) is process whereby sperm are artificially placed in the uterus with the help of a catheter. IUI is the updated name for what was once known as artificial insemination.

Who can use this treatment?

IUI is usually suggested for those couples who have been trying to conceive for a year or more without success and have been found to have infertility issues.

It is always recommended to perform a complete infertility examination of both the male and female before undergoing this process. In general, artificial insemination is used when:

In the process of IUI, the fertilisation of the egg and sperm occurs naturally, although the sperm is given a kind of "push" into the uterus. For this reason, both partners must meet certain criteria in order to have the best chances at success with IUI.

Tests done on sperm prior to IUI must reveal normal functioning in terms of:

For more information on this, visit www.medfem.co.za

Because fertilisation and conception are still expected to take place as normal, the female partner will be tested to ensure that she has:

Sometimes, woman with ovulatory disorders or those who ovulate irregularly can undergo IUI with the help of fertility drugs. Women suffering from endometriosis but who have a healthy pelvic structure may also benefit from IUI but have a lower rate of success.

Unfortunately, those with damaged fallopian tubes, poor egg quality, are over the age of 40, or who are menopausal are not candidates for IUI, as the chances of conceiving are too low.

Intrauterine Insemination can be performed with or without the use of fertility drugs. However, using fertility drugs does increase the number of eggs your body matures and therefore increases the likelihood of conception. On the other hand, your risk of a multiple pregnancy is also increased.

Discuss the pros and cons of using fertility drugs with your partner and your fertility specialist before deciding whether you would like to use fertility medications.

IUI begins with an ultrasound check-up of the female to determine the size of the follicles that can mature into eggs.

If you are taking Clomid, your doctor should continue to monitor your egg development using a vaginal ultrasound until ovulation occurs. This way, he or she will see if you run the risk of a multiple birth, as it will be clear how many eggs are released during your cycle.

Women undergoing IUI may receive an injection of human chorionic gonadotropin (hCG) hormone to stimulate egg release (ovulation) when the follicle is the correct size.

Administering this hormone causes the egg to be released within 30-40 hours and provides a better assurance of an egg being present in the ovary when IUI takes place.

The importance of correct timing

Timing is very crucial when dealing with IUI, as sperm has to be injected when ovulation has occurred or is about to occur. Around the time of expected ovulation, a sample of fresh semen is collected from the male partner and processed in the lab by washing in a culture medium or using a density gradient column.

This is done to obtain a sample of highly mobile sperm, but does not improve the number of normal sperm. Sometimes a sperm sample taken at an earlier date may also be frozen and later used for IUI.

Sperm is then inserted through the cervix and placed high inside the uterus by using a catheter. It is a fairly painless procedure, and feels similar to a pap smear. Once insemination is done a pregnancy test is performed 14 days later to find out whether the process was successful.

In a given cycle, the possibility of conception is 10-20% provided the sperm count is good and the female has a healthy fallopian tube. The woman’s age is also a deciding factor on the success rate. Doctors usually recommend trying 2-3 IUI cycles before opting for other fertility treatments, such as IVF.

How IUI can affect some individuals psychologically

Emotionally, even though IUI is one of the least invasive fertility procedures, some individuals still battle psychologically with the fact that they need any type of “artificial” assistance at all.

Some individuals and couples may struggle more than others with IUI as it is the first line of assistance with individuals who require donor sperm, either due to necessity, in the case of lesbian relationships, or in couples where the sperm has been found to be a big problem.

A third case in point – which is occurring more frequently – is single women who, due to a number of different reasons, may find themselves without a partner. The psychological factors addressed in counselling are often more around the circumstances leading up to the need to make use of donor sperm than the process of the IUI.

IUI as a starting point

Even though IUI may be one of the oldest methods of assisted conception, intrauterine insemination has the benefit of gradually introducing couples to the more invasive, more costly and more emotionally taxing methods of fertility management.

Modern medicine has allowed for better success rates by introducing IUI together with fertility drugs and better predictive measures such as more accurate scanning and laboratory procedures which continues to achieve many pregnancies in infertile women.

The cost of IUI

Intrauterine Insemination procedure can cost anything from between R1 000 and R2 500, or possibly even more. It would depend who performs the procedure, and where. Get advice from your doctor about what would best suit you financial needs.