How are quadruplets formed? 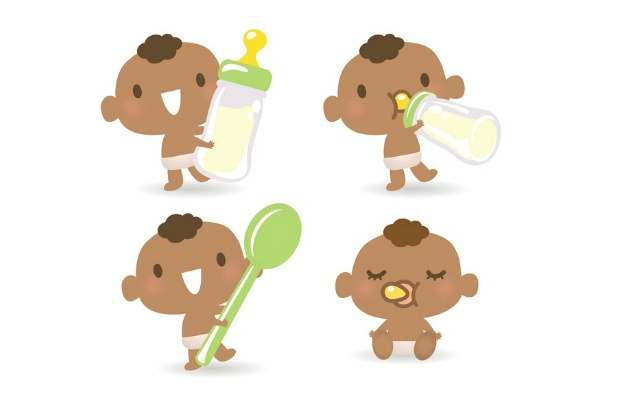 It's been three years since South Africa saw the birth of its last set of quadruplets, and this past July, Capetonian mom Inga Mafenuka joined KZN-based Nobuhle Qwabe in the mom-of-quadruplets club.

Conceived naturally, the quadruplets were born via C-section and consist of two girls, Bunono and Bungcwele, and two boys, Bubele and Buchule.

Mom and babies are doing well.

What is it like parenting multiples? Tell us by emailing to chatback@parent24.com and we could publish your letter

Quadruplets are by far rarer than twins and triplets:

“Though twins and higher order pregnancies are more common with assisted reproduction, spontaneous quadruplet conception is extremely rare – it is quoted to be between 1 in 512 000 to 1 in 677 000," explains Dr Malika Patel of the Department of Obstetrics & Gynaecology at the University of Cape Town.

She notes that complications during these pregnancies are more common than not. “There are 4 babies in the womb, space is limited therefore they are at risk of complications that occur more frequently than with singleton or twin pregnancies.

“Maternal complications include hypertension, gestational diabetes, and anaemia among others. There is an increased risk of miscarriage, preterm delivery, intrauterine growth restriction and delivery via caesarean section. In addition, the babies will require close monitoring for neonatal complications associated with early delivery of small babies.”

You may have a general idea of how conception takes place in a multiple pregnancy, with the example of twins the most commonly known.

In the case of twins, babies can be either:

Identical twins are always the same gender and share the exact same DNA, whereas fraternal twins could be either gender and each will have their own unique genetic make-up.

With quadruplets, the process becomes a little more complicated, and the possibilities of having all boys, all girls, or a combination of both, as in the case of Inga Mafenuka's quadruplets, depends on a few factors.

“In the case of fraternal quadruplets the babies can be of any sex, and they will not be identical. It would be like any other brother and sister. However, when they are all of the same sex or there are 2 boys and 2 girls, there is a chance that this could have been 2 sets of twins where the 2 girls are a set and the 2 boys are a set – that is you have 2 fertilised eggs that have each split into 2 embryos. Remember you can only have babies of the same sex when you have monozygotic twinning (twins developing from the same fertilised egg) because they have identical chromosomal make-up.”

The possibilities in spontaneous quadruplets are determined by whether:

We can't be 100% certain which combination the Mafenuka quadruplets could be though we know it won't be numbers one or three, but we wish Inga all the best on her new journey.

What is it like parenting multiples? Tell us by emailing to chatback@parent24.com and we could publish your letter.

We live in a world where facts and fiction get blurred
In times of uncertainty you need journalism you can trust. For 14 free days, you can have access to a world of in-depth analyses, investigative journalism, top opinions and a range of features. Journalism strengthens democracy. Invest in the future today. Thereafter you will be billed R75 per month. You can cancel anytime and if you cancel within 14 days you won't be billed.
Subscribe to News24
Related Links
Where to begin when breastfeeding multiples
Top 10 reasons why multiples are great
So you’re pregnant with twins...
Next on Parent24
Welcome to the FERTILITY hub! Click here for popular topics