School dress codes in 2019: Are uniform rules taken a little too far? 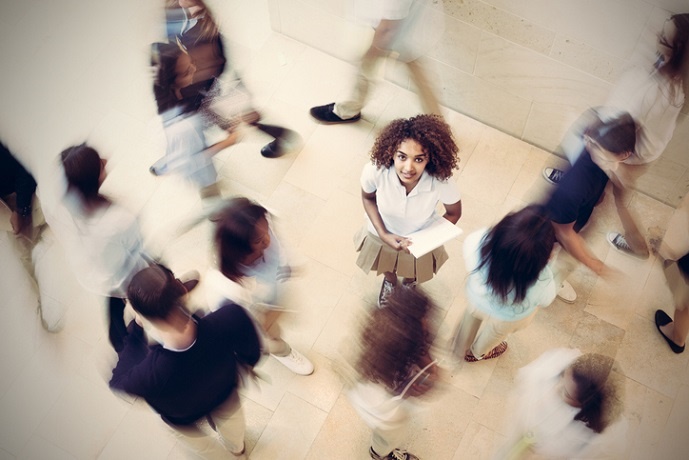 Are schools rules too rigid?

Dress codes prohibiting the display of skin above the knee in the schooling environment doesn't break from tradition when talking skirts or dresses. But what about applying that same rule to pants?

South Panola elementary and middle schools in the US has publicised its revised dress code rules for their upcoming school year, two of them being applicable to pants.

"The first change affects all grades: jeans or pants that show skin above the knee are not allowed. The second rule change impacts only grade 4-12. It says leggings, jeggings, palazzo pants and tights can only be worn with a shirt or blouse that comes to the mid-thigh area," reports Wreg.com.

Whether or not the new rules are progressive or regressive is a matter of personal opinion but it does call into question just how far a school can take their rules around dress codes.

The peculiar rule sparked our interest in what local schools deem appropriate, so we conducted an online search and looked at the codes of conduct of South African schools to get an idea.

What we found was that like the British royal family and the military, rules on clothing set by schools have little to no breathing room, and we're sure they have very well-thought-out reasons, but sheesh!

Here's what we found:

Modest is the word when talking clothing rules for girls

And here we thought South Panola had reinvented the wheel. Schools in SA already have similar rules with regard to pants. A notable Bryanston-based school (known for allowing learners to wear casual clothes instead of uniform), prohibits all tightly fitted pants unless worn with a dress or skirt-lengthed top.

For most schools across SA, shoulders, necklines and midriffs must not be exposed, and when talking school skirts and dresses, traditional rules apply. Some schools get super specific deeming more than 7-10cm above the knee as unacceptable.

Commonly noted prohibited items of clothing for casual days include tank tops, sheer items, denim shorts and all clothing that is excessively tight. In our search, we found that rules are often separated for boys and girls, and the rules around what is respectable are clearly aimed at girls only.

Also see: Why do we still make girls wear skirts and dresses as school uniform?

Neatness is the keyword around clothing rules set out for boys

For boys, neatness is stressed particularly around haircuts and facial hair and the only specific items of clothing listed as off limits for boys were Bermuda shorts, and stylised buckles or shoes.

Most schools cite short, neat and sans product as appropriate for boys' hairstyles, and mohawks, dreadlocks, waves, mullets and spikes are mostly not allowed. When referring to suitable facial hair, school rules are unanimous on sideburns that reach the middle of the ear (and no further) and a clean-shaven look.

Other than following specific rules on what to wear in certain seasons, very little is deemed inappropriate for boys.

Rules are clearly defined when talking uniforms by season, with the most curious rules around what is allowed during the colder months.

A common factor is the prohibition of all jackets, scarves and beanies sans school insignia.

For many schools, these winter items can only be purchased at specific stockists, and given that official stockist prices are much higher than those of retails stores, this may prove problematic for parents already struggling with costs.

The cost of uniforms can be steep

We found that some schools will only accept uniforms purchased from official stockists, with one East Rand-based school maintaining that, while not compulsory, failure to purchase uniform items from approved stockists would not be an acceptable reason for students who are called out for improper uniform.

Religious and cultural attire okay only when...

Many schools make allowances for the wearing of religious and cultural attire but this must be cleared through a school's Governing Body.

For Muslim girls, scarves are allowed but must be worn in school colours.

We did note that for some schools, like one Sandton-based school, certain religious jewellery can only be worn under school uniform and must remain out of sight. But is this practical?

It stands to reason that schools maintain strict standards when it comes to the appearance of their students but some definitely take things a little too far.

One school we found insists that socks be turned a certain way, and if not, the offending socks are removed from the child and only given back at the end of the day. For another, a tie that does not cover a shirt's top button is a violation.

Other ridiculous rules include prohibiting the wearing of scarves during assembly, and tucking hair behind ears.

We know they have a reputation to uphold but really?

We live in a world where facts and fiction get blurred
In times of uncertainty you need journalism you can trust. For 14 free days, you can have access to a world of in-depth analyses, investigative journalism, top opinions and a range of features. Journalism strengthens democracy. Invest in the future today. Thereafter you will be billed R75 per month. You can cancel anytime and if you cancel within 14 days you won't be billed.
Subscribe to News24
Related Links
WATCH: These kids performed Old Town Road better than Lil Nas X when he visited their school
"Teach manners and morals first please": Our parents weigh in on school sex-ed policies
In 5 years, Life Orientation will no longer be compulsory, but History will be
Next on Parent24
What to do if your child didn't get a place for Grade 8 next year