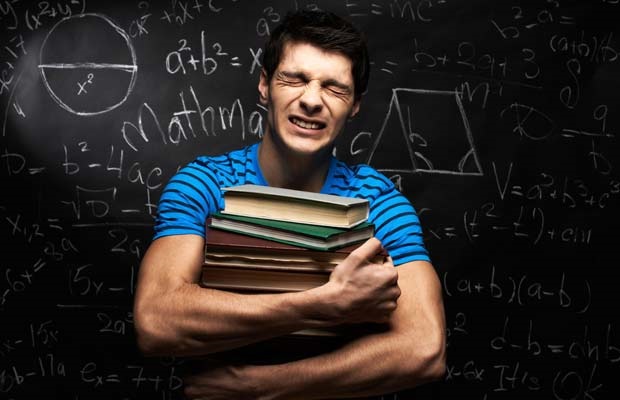 Many South Africans were outraged by the recent announcement that for 2016, pupils in Grades 7 to 9 could progress to the next grade with only 20% in Mathematics.

The usual minimum has been 40%, provided that all other requirements for promotion are met. Pupils with less than 30% in Mathematics in grade 9 must take Mathematical Literacy (this involves what the Department of Basic Education calls “the use of elementary mathematical content” and is not the same as Mathematics) as a matric subject.

Public concern is understandable. South Africans should be deeply worried about the state of mathematics teaching and learning. The country was placed second from last for mathematics achievement in the latest Trends in International Maths and Science Study.

Research closer to home has shown that pupils, particularly from poorer and less well resourced schools, are under performing in mathematics relative to the curriculum outcomes. These learning deficits compound over time, which makes it increasingly difficult to address learning difficulties in mathematics in the higher grades.

All of this means that children and young people may be in Mathematics classes but are not learning. But the answer to this problem does not lie with making pupils repeat an entire grade because of poor mathematical performance. There’s extensive research evidence to suggest that grade repetition does more harm than good.

Repetition is not effective

Grade repetition is practised worldwide – despite there being very little evidence for its effectiveness. In fact, it can be argued that its consequences are mainly negative for repeating pupils. Grade repetition is a predictor of early school leaving, sometimes called “drop out”.

Pupils who repeat grades and move out of their age cohort become disaffected with school. They disengage from learning.

Repeating a grade lowers motivation towards learning and is seldom associated with improved learning outcomes.

And grade repetition is an equity issue. The Social Survey-CALS (2010) report found that black children are more likely to repeat grades than their white or Indian peers. This reflects the fracture lines that signal socioeconomic disadvantage in South Africa.

Repetition rates decrease as the education level of the household head increases. Poor access to infrastructural resources, like piped water and flush toilets, are associated with higher rates of grade repetition. Boys are more likely to repeat than girls. There’s also an uncertain link between pupil achievement and grade repetition, particularly for black learners in high schools.

So why does grade repetition persist?

Beliefs about the benefits of repetition

Schools and societies still believe in the value of making children repeat grades, despite evidence to the contrary.

A recent survey of 95 teachers in Johannesburg – which is currently under review for publication in a journal – showed how teachers believe the additional time spent in a repeated year allows pupils to “catch up” and be better prepared for the subsequent grade. This view is reflected in recent reports that teachers are against the new 20% concession which has stirred so much controversy. Their opposition is echoed by countless callers to talk shows, who all seem to assume that repeating subject content results in improved understanding.

But unless the reasons for a pupil’s misunderstanding of concepts are identified and addressed, any improvement is unlikely. Given that the deficits in mathematical understanding may stretch back to the foundation phase (Grades 1 - 3), it’s doubtful that merely repeating a grade in the senior phase is going to be sufficient for remediation.

And teachers may struggle to provide support to pupils repeating a grade. Research conducted in South Africa reveals that teachers lack confidence in their ability to teach pupils who experience learning difficulties. They would prefer to refer such pupils to learning support specialists and psychologists who are seen to have more expertise.

Many of the teachers we surveyed believe that grade repetition solves problems intrinsic to pupils. Immaturity is seen as one reason for learning difficulties and teachers expect that the repeated year compensates for this. Other teachers regard the threat of retention as a means to motivate pupils who are not sufficiently diligent or who are “slow” or “weak”. When learning difficulties are seen as being intrinsic to pupils, it is less likely that factors within the education system will be considered as the cause of barriers to learning.

Failing pupils is not the solution

Poor achievement in mathematics is not going to be solved by making pupils repeat their grade. Repetition effectively makes pupils and their families pay an additional – financial and emotional – cost for the system’s failure.

Repetition because of poor mathematics achievement during the senior phase compounds the bleak outlook for these pupils. They already have a minimal grasp of mathematics, which denies them access to Science, Technology, Engineering and mathematics (STEM) subjects and careers. Then they’re also at risk of leaving school early and joining the ranks of the unemployed.

The Department of Basic Education’s 20% concession indicates that it knows grade repetition won’t achieve much. The public outcry should not be that these learners are being given a “free pass” and don’t deserve to be promoted. Instead, civil society needs to hold the government accountable for addressing the crisis in mathematics teaching and learning across all grades – and particularly in the crucial primary school years.

What are your thoughts around the pass mark for mathematics? What do you think about passing learners who've failed the subject? Share your opinion by emailing chatback@parent24.com and we may publish your story. Should you wish to remain anonymous, please let us know.

We live in a world where facts and fiction get blurred
In times of uncertainty you need journalism you can trust. For only R75 per month, you have access to a world of in-depth analyses, investigative journalism, top opinions and a range of features. Journalism strengthens democracy. Invest in the future today.
Subscribe to News24
Related Links
Teaching maths: what works?
Help your child succeed with maths
Boost matric math results!
Next on Parent24
UCT to launch online high school alongside a free interactive educational platform in 2022