One step forward, one step back: Covid-19 threatens an already fragile education system 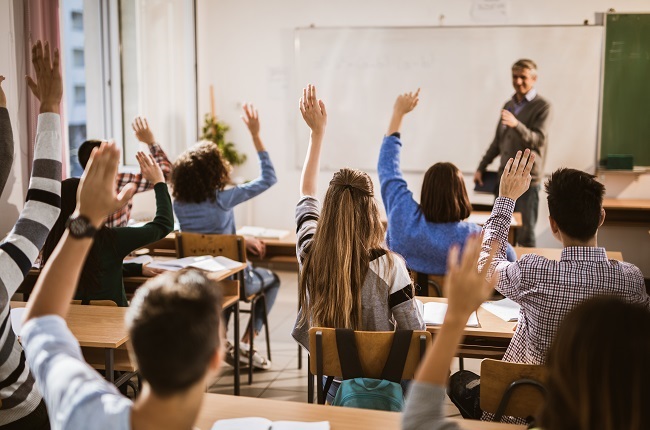 Learners and teachers in under-resourced public schools cannot continue to fight against the odds to achieve excellence.

Equal Education is a community, membership-based organisation, advocating for quality and equality in the South African education system.

Equal Education (EE) salutes you, matric class of 2020. In your final year of school, you unfairly faced many difficulties, made worse by the Covid-19 pandemic. You lost a significant amount of teaching time when your schools were closed, while also having to cover the full curriculum.

Food insecurity and health anxieties grew in your communities, and as last year came to a close, the leaking of the maths paper two and physical sciences paper two exam questions was yet another hurdle to overcome.

We welcome and are relieved by Umalusi's decision to approve the 2020 matric results because the integrity of the National Senior Certificate had not been significantly impacted.

We applaud the effort and time invested by teachers, parents, guardians, and education officials to support learners during this unprecedented moment.

Over the last five years, there have been small but positive changes in the performance of Grade 12 learners. There has been a steady improvement in the number of Bachelor passes from learners in quintile one to three schools, as shown in the graph below.

That being said, learners in quintile five schools consistently achieve more Bachelor passes. Other measures of national progress, though imperfect, also show improvement in our education system, such as the Trends in International Maths and Science Study  (TIMSS) and the Southern and Eastern African Consortium for Monitoring Educational Quality  (SACMEQ).

Despite South Africa's low position in the overall rankings, our country's rate of improvement has been one of the fastest.

Importantly, the improvements have been in poorly performing schools.

While education outcomes have been improving in the country, and that improvement is off a low base, this "ray of hope" is likely to dim because of Covid-19. Read: Matric 2020 pupils offer their hard-earned advice to the class of 2021

One step forward, one step back

The closure of schools during the nationwide lockdown left millions of learners unable to continue with traditional learning. Not all schools and learners were able to adjust equally - learners from poor and working-class households were more heavily affected by Covid-19 disruptions to schooling.

Last year, we witnessed long-standing inequalities within the education sector highlighted both in and outside of schools, with better-resourced public schools able to facilitate remote learning, while learners who attend under-resourced, rural and township schools, struggled.

The Department of Education (DBE) and provincial education departments introduced several interventions to support some learning to continue from home while schools were closed, by providing printed workbooks as well as broadcasting lessons on radio and television.

In March 2020, nearly 400 Equalisers - high school members of EE - participated in a survey about their experiences of the hard lockdown.

Nearly a quarter of these learners were completing matric and found studying during the lockdown particularly difficult:

"We are a large family with children and it's noisy. We can't get to libraries. Also we can't form a small (study) group with my mates because they stay far from my home." - Grade 12 learner (2020), KwaZulu-Natal

"It's lack of data and not being able to upload activities, assignments and study notes. And lack of assistance from our teachers because they just send through school work without explaining further or attending to any questions and misunderstandings; also when we able to send some of the assignments or exercises they don't send back any feedback on how we did, so we stay in confusion of not knowing what we clearly know and what we still missing out. It's really hard to study and do most of the work alone with zero assistance or guidance, especially as a Grade 12 learner." - Grade 12 learner (2020), Eastern Cape

Must read: What does my matric mark mean?

"The home environment and school environment are completely different. You get more understanding of things when you are being taught by your teacher, rather than by learning things on your own and doing your own research for answers." - Grade 12 learner (2020), Western Cape

The feedback from learners highlights the unequal learning conditions which were made worse by Covid-19. Many schools were unable to re-open because they lacked resources, including basic infrastructure, to comply with Covid-19 protocols. For this reason, some learners were out of school for longer than others.

These inequalities are even more painful because, in order to be successful, all learners have to write the same matric exam.

Even before the outbreak of the pandemic, keeping learners in school and ensuring that they leave having received a meaningful education that prepares them well for participating in society, was one of the key challenges in South Africa's public education system.

Due to consistently high learner dropout rates, we consider the throughput rate alongside the traditional matric pass rate. This is shown in the graph below. Also read: Where to find matric exam results this month

Crises such as schools being closed for long periods are likely to contribute to increases in the number of learners dropping out.

With the added hardship of the pandemic, some learners were forced to abandon school to support their families financially and with other responsibilities.

The DBE says it plans to decrease the school dropout rate by introducing a "back to school" campaign this year in the hope of encouraging learners to return and/or remain in school.

While little information on the campaign is available in the public domain, we support efforts that encourage learners to stay in school. It is also important that the DBE is not reactive to learner dropout.

To curb learner dropouts, we have consistently highlighted the importance of strengthening foundation phase learning. Interventions such as the school nutrition programme, access to scholar transport and psychosocial support are also critical in keeping learners in school.

Years of not providing public schools with enough money and other resources, such as safe and dignified school infrastructure has left them ill-prepared to face the Covid-19 pandemic.

As part of its austerity agenda, we have seen the government place less importance on education when deciding how to spend its money, and last year, there were severe budget cuts which have immediate and lasting negative consequences.

Learners and teachers in under-resourced public schools cannot continue to fight against the odds to achieve excellence. This is an unfair burden to carry.

Submitted to Parent24 by Equal Education

We live in a world where facts and fiction get blurred
In times of uncertainty you need journalism you can trust. For only R75 per month, you have access to a world of in-depth analyses, investigative journalism, top opinions and a range of features. Journalism strengthens democracy. Invest in the future today.
Subscribe to News24
Next on Parent24
What does healthy screen time even mean in 2021?