'I wonder what it will take?': Preschools and daycares want to be prioritised during elections 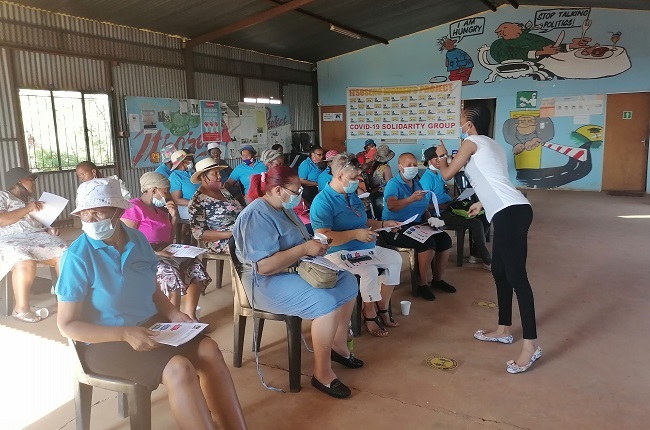 "The ECD sector is unhappy that there is no mention of the Early Childhood Development (ECD) Reform in the manifestos." Photo: Supplied/Sisonkepictures

The Early Childhood Development sector is unhappy that there is no mention of the reform of preschools and daycare centers in the manifestos for the upcoming municipal elections on 1 November 2021.

One of their concerns is that many political parties are unaware of the existence of Early Childhood Development centres (ECDs), or the role they play in our communities.

For example, in a meet and greet attended by Colleen Daniels- Horswell, a member of the Covid-19 People's Coalition ECD workstream, of the eight political parties present, she noticed that only one political party candidate knew what the mandate on ECDs was and she had to educate them about ECDs.

With this in mind, The Real Reform for ECD campaign published an open letter to all councillor candidates demanding that they prioritise early childhood development, calling on all prospective councillors to sign the open letter to commit themselves to real reform. The Real Reform campaign wants ECDs to be prioritised during these elections. Photo: Supplied/ECD Reform.

This campaign wants local government to do the following:

1. Pull down the barriers to registration for ECD programmes

Read: Preschools and daycares to participate in a national census as a first step towards moving to DBE

We chatted to ECD owner Jennifer McQuillan, director of Under the Son Early Childhood Education (Pty) Limited to hear what she thought about this Reform and the upcoming elections.

"The Real Reform campaign is happening currently, with a variety of ECD stakeholders collaborating, with the Centre for Early Childhood Development (CECD) leading the way," she told us.

"Ward councillors from different parties have been questioned in various provinces at organised meetings about their stance on ECD and what promise they are making to support the most vulnerable in our society," she says, adding that, "the aim of these discussions with ward councillors is to make ECD a local government issue. A voting issue!"

'Their eye on the ball'

McQuillan believes that every citizen needs to vote, but the questions are who do we vote for, who is doing right by our children, and who has their eye on the ball during these elections.

"I wonder what it will take for political parties to recognise the incredible importance of early childhood development and the strength it holds in South Africa. Many voters are directly impacted by the sector, whether as parents, teachers, support staff, grandparents, suppliers and so on," she added.

We live in a world where facts and fiction get blurred
In times of uncertainty you need journalism you can trust. For only R75 per month, you have access to a world of in-depth analyses, investigative journalism, top opinions and a range of features. Journalism strengthens democracy. Invest in the future today.
Subscribe to News24
Next on Parent24
'This new way of life': Teachers share how kids have adapted to Covid-19 learning