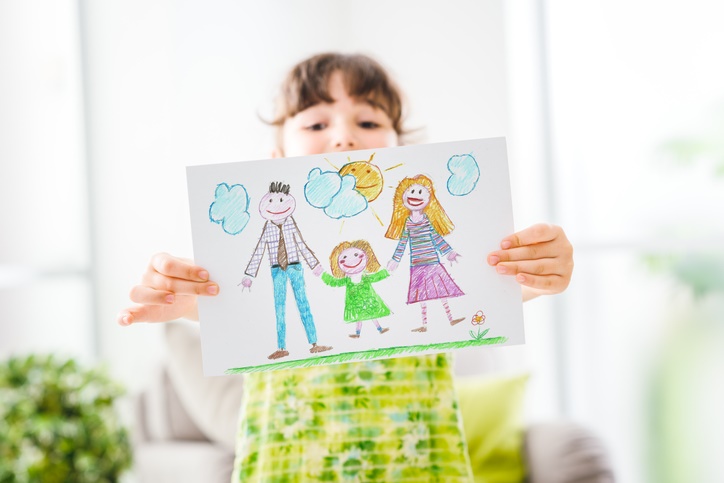 While the article below focuses on Australian data the information remains relevant for local readers.

In a recent TED talk titled No Philosophy, No Humanity, author Roger Sutcliffe asked the audience whether a flagpole was a place. Around half the audience said yes, the other said no.

He went on to describe the response a nine-year-old gave him to that question:

to me a flagpole is not a place, but to an ant it is.

This creative perspective shows what children can do when given space to perform philosophical thinking.

Must read: How to respond to race questions from your children

Critical thinking skills are highly valued in society, and are beginning to be valued more in education. A Critical and Creative Thinking capability was introduced into the Australian and Victorian Curriculum in 2017.

Responding to the challenges of the twenty-first century – with its complex environmental, social and economic pressures – requires young people to be creative, innovative, enterprising and adaptable, with the motivation, confidence and skills to use critical and creative thinking purposefully.

This capability isn’t meant to be taught as a standalone subject, but through other learning areas. One content descriptor states students should be able to consider when analogies might be used in expressing a point of view.

This is exactly what philosophy teaches children. And this can be done through a program specifically tailored to primary school aged children, known as Philosophy for Children, or P4C.

Programs in Philosophy for Children have shown significant benefits for students around the world. These benefits include improvement in academic results, as well as less measurable outcomes such as helping children make sense of their place in the world.

Also read: Convince your kids to do their chores: Science says when they do, they tend to do better at school

What is Philosophy for Children?

The idea of doing philosophy with children began in the 70s when Matthew Lipman and Ann Sharp developed the first P4C program in primary schools.

In the last 50 years, Philosophy for Children has spread to more than 60 countries. It has gone on to influence university level philosophy, the business world and has also been used in prisons.

In these programs, children discuss issues around ethics or questions of personal identity. These are fundamental to understanding ourselves, especially during the formative years of school where young people are developing their identities.

Read more: What's the point of education? It's no longer just about getting a job

Students in Years 5 and 6 can discuss their interpretation of how gender identity is formed. This can generate questions such as: is gender tied to sex, does gender happen at birth or do you develop a gender, and can people identify as a particular gender?

In Australia, Philosophy for Children is still largely unfunded and relies on volunteer-based institutions such as the Victorian Association of Philosophy in Schools (VAPS).

Schools such as Brunswick East Primary and Lloyd Street Primary have run successful Philosophy for Children programs for many years. But, with little outside support available, school staff must develop the program and embed it into their own curriculum.

Ireland has embraced Philosophy for Children and given philosophy a core place in the Irish education system. President Michael D. Higgins introduced the program by saying

an exposure to philosophy – as method and revelation, as rational exercise and imaginative journey – is […] vital if we truly want our young people to acquire the capacities they need in preparing for their journey into the world.

The UK has also funded research worth more than A$2 million to evaluate outcomes of Philosophy for Children programs at primary school level (scheduled for completion in 2021).

How do we know it’s effective?

A long-term study that began in Spain in 2002 followed more than 400 students in a P4C group and another 300 who weren’t involved in the programs in philosophy. It showed children in the P4C group gained an extra seven IQ points and were prone to more social behaviour over the 12-year project.

One of the largest UK studies involved more than 3,000 students in Years 4 and 5 in a randomised trial. This study concluded students engaged in the P4C program gained an extra two months progress in maths and reading compared to those who didn’t over the course of a year.

Philosophy is a broad subject. It helps develop skills that can be transferred to other academic areas. This partly explains how philosophy programs improve test scores in reading, writing and mathematics without children having to actually do any reading, writing or mathematics.

These skills range from clarity and coherence in speaking and listening to providing reasons for arguments, constructing counter-examples, and using analogical reasoning.

In the US, students who major in philosophy have some of the highest test scores when applying for graduate school. In 2014, philosophy majors had the highest average score in the LSAT (law school test) and the GRE – a standardised test used to assess applicants for graduate school in most disciplines. Philosophy majors came fourth out of 31 majors in the GMAT (business school test).

Read more: Bertrand Russell and the case for 'Philosophy for Everyone'

It’s about more than test scores

The benefits of philosophy stretch far beyond its measurable effects.

Most P4C practitioners find something inherently valuable in facilitating philosophical dialogues with groups of young people – something we consider more valuable than the improved test scores that might impress educational administrators.

They are engaged members of a thinking community. They deliberate, negotiate, and contemplate with respectful and thoughtful dialogue. Philosophy for Children can help improve academic results, but the reason it should be used in schools is because it allows children a space to make sense of the world and meaning in their lives.

We live in a world where facts and fiction get blurred
In times of uncertainty you need journalism you can trust. For only R75 per month, you have access to a world of in-depth analyses, investigative journalism, top opinions and a range of features. Journalism strengthens democracy. Invest in the future today.
Subscribe to News24
Related Links
WATCH: This dad makes 3D cardboard replicas of arcade games to minimise his kids' screentime, and...
Is homework worthwhile?
Grudges come naturally to kids – gratitude must be taught
Next on Parent24
Why does your star-student child turn into a screaming banshee right after school?