Why racial inclusivity in sports should start at primary school level 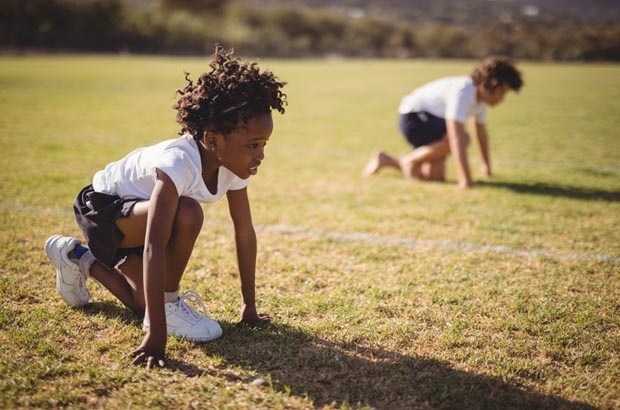 Modern day sport participation remains rooted in the dilemmas of colonial society. But that needs to change once and for all.

South African sporting roots are deep in the country’s colonial past.

During the 19th century, sport in Britain and her colonies – South Africa one of them – was played and organised according to a class structure. It was based on English cultural critic Matthew Arnold’s classification of society into “barbarians”, “philistines” and the “populace”. The barbarians were the aristocrats, the philistines the petty bourgeoisie, and the populace represented the working class.

According to Arnold’s classification, the staunchly individualistic and well-organised barbarians controlled sport at the beginning of the 19th century. They did so without making any attempt to hand down sport to the populace. Consequently, the philistines developed their own games such as athletics, hockey, soccer and tennis. They also infiltrated the Barbarian strongholds of cycling, rowing and rugby.

Later they welcomed the populace into their sports. This, provided they would conform to their etiquette of good manners and fair conduct in play. Many Philistines went further and introduced games and sport with a religious motive to the Populace.

Transported to the British colonies, this class structure in sport was evident in the Cape Colony. The Western Province Rugby Football Union played the Junior Challenge Cup for rugby for the first time in 1897. It was explicitly stated that participation was restricted to boys from “European descent” in the union’s minutes of 4 May 1898.

In the Western Cape town of Stellenbosch, local white students expressed concern about playing rugby with the “chams” (Coloureds) on a piece of land called Die Braak. They were pleased when the authorities approved segregation measures. This was a reflection of 19th and 20th century societies where people were included and excluded from sport participation by design.

The colonised had little room to manoeuvre outside these restrictions, discriminatory attitudes and exclusionary clauses in their sport organisation’s constitutions. Hence, prior to the Second World War, separate sport organisations for African, mixed race (Coloured), Muslim and Jewish communities existed at provincial and national level.

Occasionally, these clubs played each other. But generally the administrators and supporters remained strict about who could play or not in their fixtures.

After the Second World War, there was a drive towards black unity amongst sport federations that mirrored resistance political initiatives. By then, these sport-political drives stretched beyond the male muscular sports of cricket, rugby and soccer. It also included athletics, baseball, softball and weightlifting amongst others, as Robert Archer and Antoine Bouillon wrote in the study of racism in local sport, The South African Game.

Under the influence of administrators such as Dennis Brutus and Milo Pillay, black sport structures started directing their efforts towards international participation. Pillay wrote to the South African Empire and Olympic Games Association in 1947, requesting permission to consider black athletes for selection to the 1948 Olympic Games. The association’s refusal resulted in the Capetonian, weight lifter Ron Eland, participating for England in the games.

Pillay represented the traditional method of sport resistance of writing pleading letters that would appeal to white sympathy. Brutus, a more radical minded politician, and the better known, Sam Ramsamy, agitated for South Africa’s complete expulsion from international sport while apartheid was still the law of the land.

A major stimulus for black unity in sport came with the formation of the South African Council on Sport (Sacos) in Durban in 1973. The council grew into the internal sport wing of the Anti-Apartheid Movement. It remained a political home for the broader black liberation movement, for black consciousness and Pan-Africanist formations, as well as the anti-racist New Unity Movement.

At times Sacos was in conflict with its international counterpart, the South African Non-Racial Olympic Committee who was influenced largely by the politics of the African National Congress (ANC).

Both the National Sports Congress and Sacos have dissolved with unresolved issues of ensuring maximum sport participation for all South Africans in the 21st century.

Today, the class gap as outlined by Arnold in the 19th century, remains firmly intact in South African sport. Media reports of inadequate sport facilities and lack of participation opportunities in poor communities, corruption and an array of evils surface regularly.

South African sport administrators seek to address inequalities of the past through politically convenient identity politics. In the process they utilise instruments such as race-based quotas, while ignoring historical class divides that formed a basis for modern day sport formations.

Access to good schooling is generally considered a key to successful sport participation at senior level. However, many young people across the race spectrum, lack access to schools and universities. Only a select few make it into national representative teams.

In this way, modern day sport participation remains rooted in the dilemmas of colonial society. It necessitates an ongoing need for discourse, debate and dialogue on decolonisation in sport history.

South Africans owe it to themselves and their sport.

What do you think schools can and should do to make sports more inclusive? Tell us by emailing chatback@parent24.com and we may publish your comments.

Sign up to our weekly newsletter to receive Parent24 stories directly to your inbox.
We live in a world where facts and fiction get blurred
In times of uncertainty you need journalism you can trust. For only R75 per month, you have access to a world of in-depth analyses, investigative journalism, top opinions and a range of features. Journalism strengthens democracy. Invest in the future today.
Subscribe to News24
Related Links
How to help your little one to not be racist
Making little racists
The racism vaccination
Next on Parent24
Why we should bring the age-old skill of sewing back into schools