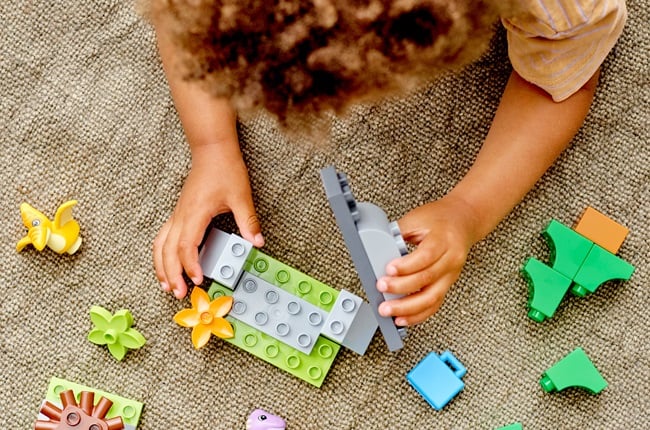 Teachers and parents agree that play is fundamental for children’s growth and development, assisting in improvement of fine and gross motor skills, communication and social skills, cognitive development, independence, and focus.

Recent research conducted by LEGO® DUPLO®, which spoke to South African parents and teachers to learn more about how our toddlers play, found that, even though pre-school children prefer outdoor play, indoor play with construction toys is immensely beneficial too – particularly during the colder winter months.

“Even though toddlers mostly engage in types of activities rather than playing with specific types of toys, the most popular toys among children under the age of three are bath toys, and construction toys,” says Miroslav Riha, Country Manager for South African and Sub-Saharan Africa for the LEGO Group.

“Construction toys help stimulate imagination and creativity assist in laying the foundations of learning letters and numbers. They can help teach colours and are often just as much fun to break down as they were to build!” Riha adds.

When planning to buy a construction toy for toddlers, parents and other gift givers should keep these factors in mind:

The research also found that, despite much of the toy market being linked to trends or TV content, construction toys are timeless, and ideal gifts for birthdays and other celebrations. Big bricks like LEGO® DUPLO® sets are one of the best choices to ignite children’s passion for construction play, and helping them discover a world of versatile and never ending play.

LEGO® DUPLO® bricks are great for little fingers to practice their fine motor skills because they are double the length, width, and height of traditional LEGO bricks. The larger size also means that that they’re not a choking hazard for children older than 18 months because they’re effectively eight times the size of regular bricks. 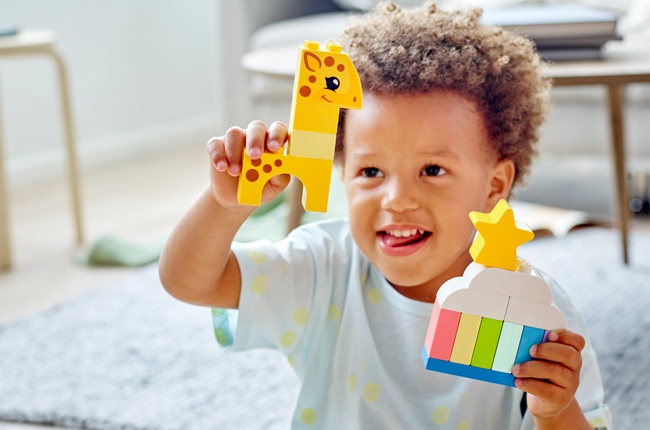 Despite their larger size, they’re still compatible with the smaller bricks, which makes them a great toy time investment: children can still include them in their LEGO builds when they’re old enough for the sets with smaller bricks. LEGO® DUPLO® bricks are also made in the same colours as the smaller bricks, and they interlock easily with them too.

“The beauty of construction toys is that nobody is ever too old to play with them – which means that moms, dads, and caregivers also have fun while they’re helping their toddlers build,” Riha explains. “There’s nothing quite as magical as plotting and planning a big build with your little one, and then playing through an imaginative game afterwards, using it as the centrepiece.”

LEGO® DUPLO® is available at all LEGO® Certified Stores and all other leading retailers.

We live in a world where facts and fiction get blurred
In times of uncertainty you need journalism you can trust. For 14 free days, you can have access to a world of in-depth analyses, investigative journalism, top opinions and a range of features. Journalism strengthens democracy. Invest in the future today. Thereafter you will be billed R75 per month. You can cancel anytime and if you cancel within 14 days you won't be billed.
Subscribe to News24
Next on Parent24
Discovery Vitality launches HealthyBaby, to give members 10% to 50% back on baby, toddler and children’s products