Did Kylie Jenner hint at her baby boy's name in a new make-up collection? 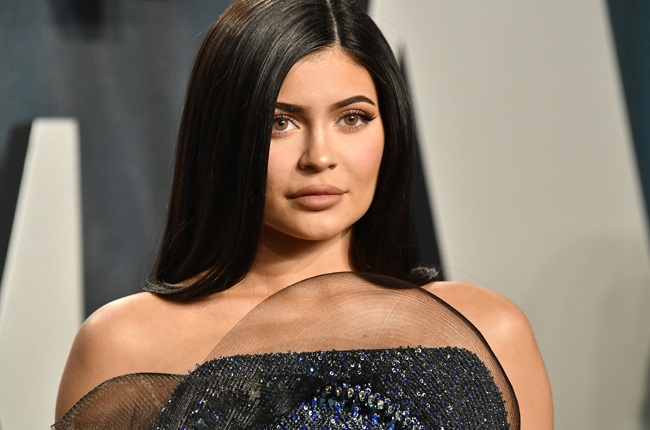 Fans of make-up mogul and reality star Kylie Jenner are convinced that the mom of two has secretly revealed the name of her second child.

The influencer gave birth to her son in February and a few days later shared that his name was Wolf Webster via her Instagram stories.

However, a month later, Jenner took to her social media page again to share that her son was no longer named Wolf.

Tribute to her sister?

"We just really didn't feel like it was him. Just wanted to share because I keep seeing Wolf everywhere," she told followers.

During an appearance on Live with Kelly and Ryan, Kylie's sister Kim Kardashian spilled the beans about how Kylie had been "lingering" on a new name.

And if fans have anything to say about it, it's potentially Kenny after spotting the name in a new Kylie Cosmetics eyeshadow palette under the shade "Ky and Kenny".

"Maybe Kylie will name 'Wolf' Kenny after her sis? She has a Kenny shade for her make-up," a fan wrote on a Reddit post.

WATCH | How did Offset and Cardi B come up with their son's unusual name?

Fans may just need to keep speculating for quite some time because, according to Jenner, the new name won't be shared anytime soon.

"I don't want to announce the new name and then change it again.... we're just not ready to share a new name yet," she told Extra.

Jenner may also just be taking her time a la big sister Kim who was responsible for starting the unique name trend in the family with daughters North and Chicago and sons Saint and Psalm.

"When I had my kids, I didn't name them until they were born. You really want to see what they look like, and I always, when I would hear people do that, I would say, 'How do you not be prepared for that? You have nine months to think about this.' But no matter what, it's just the hardest decision ever," the mom of four said during her Live with Kelly and Ryan interview.

It also doesn't help that celebrity baby names have become more unusual and bizarre in the past few years.

Here's a look at some of the most stand-out names of celeb babies born in recent years.

Parents: Offset and Cardi B

We live in a world where facts and fiction get blurred
In times of uncertainty you need journalism you can trust. For 14 free days, you can have access to a world of in-depth analyses, investigative journalism, top opinions and a range of features. Journalism strengthens democracy. Invest in the future today. Thereafter you will be billed R75 per month. You can cancel anytime and if you cancel within 14 days you won't be billed.
Subscribe to News24
Next on Parent24
WATCH | Here's what Nick Jonas and Priyanka Chopra named their baby girl