How to choose a baby name you won't regret 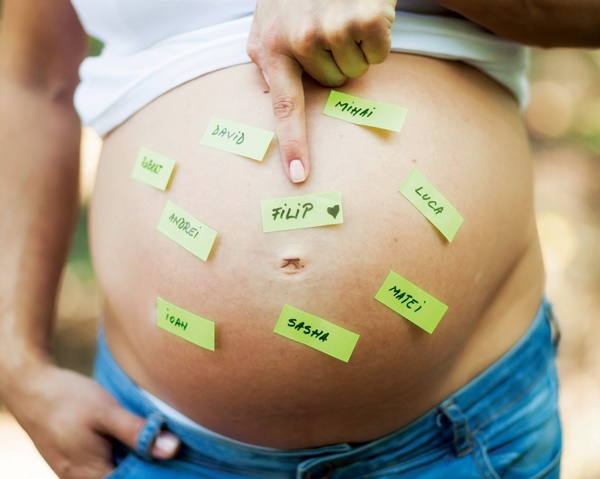 Today, about 216 000 babies will be born on Earth. Each will be given a carefully chosen name. How will you as parents make this important decision?

When my daughter was born in the early 1990s, I called her Isabella – a family name that, at the time, had hardly been in popular use for decades. Fast forward 10 years and the name Isabella has leap-frogged up near the top of the most popular girls’ names lists, and remains a hot favourite with parents today. Name choices are constantly changing.

According to a survey carried out by BabyCentre.com, parents over 35 are more likely to choose a classic or old-fashioned name, such as Grace, Katherine, George and Lawrence. Younger parents, on the other hand, are more attracted to uncommon or unique names. But often people hit on the same unique name, and all too soon they start a trend that makes the name common.

Nicky Willemse is a 38-year-old mom to children Finn, Holly and Jesse. “I’ve come across other kids with those names – especially Holly – so by being original, you’re not,” Nicky says. “My cousin’s daughters are Melanie and Samantha, which to me seem old-fashioned today. I haven’t come across any other little Mels or Sams.”

Nicky might be surprised, then, to find both Mel and Sam on Coca-Cola South Africa’s list of most popular local names that appear on their personalised Coke cans and that Samantha regularly appears near the top of most popular girls’ names lists, while Melanie, although it’s further down, is there too.

“There was a strong trend in the 1980s and 1990s to name babies after celebrities, so there were lots of Brads and Britneys,” explains Charlene Smith, author of Baby Names for South African Babies.

“However, we’re living in a time of disillusionment: celebrities are often proven to be paper heroes or heroines, the economy is terrible everywhere in the world, and hopelessness is common, therfore baby names are going back to more romantic or Biblical names.” Indeed, NameTrends.net lists Noah, Jacob, Daniel, Sophia, Abigail and Elizabeth among the top names of 2013.

BabyCentre.com seems to agree with Charlene: “The latest trend in the US is the return of old-fashioned names we haven’t heard since our grannies’ generation,” says the site. “Lillian and Violet have already crept back into the top 100, so we can expect Myrtle, Doris, Dorothy, Winnie and Pearl to follow suit. For boys, Ike, Eugene, Vernon and Virgil are slowly gaining ground.”

For boys, “simple, workman-like names that imply strength” such as Mason and Max are also popular, says Charlene, and Michael and Matthew remain popular. Surprisingly, however, old stalwarts David and James have both fallen out of favour.

“When I wrote my book [in the late 1990s], there was a move to traditional African names [for South African babies] even if tradition wasn’t being observed,” says Charlene.

“In the early years after democracy, there was a strong need to identify with Africa and tradition among white and black parents, so Thembi, Thandi and Lindi were easy crosscultural names; and Sipho and Nkosi became common boys’ names.” (She notes that interestingly neither Nelson nor Rohihlahla ever became as popular.)

Read: The ABCs of Xhosa names

These days, she says, while traditional names are still preferred, there’s greater confidence, especially among upwardly mobile or well educated parents, regardless of race, to choose a name that appeals to them.

“It doesn’t matter if the origins are Irish or American or Pakistani or Zulu, the parents choose the name they like,” she says.

Hindu babies tend to be named by a Vedic astrologer consulted by the parents, and this naming has to do with the time and date of birth, Charlene explains. And a big trend among Afrikaans parents remains combining names (Elizmari, Jo-Marie) or using surnames as first names (De Wet, Brandt).

“These days, Afrikaans parents are more likely than any other segment to choose the name of a local or foreign celebrity,” Charlene adds.

We live in a world where facts and fiction get blurred
In times of uncertainty you need journalism you can trust. For 14 free days, you can have access to a world of in-depth analyses, investigative journalism, top opinions and a range of features. Journalism strengthens democracy. Invest in the future today. Thereafter you will be billed R75 per month. You can cancel anytime and if you cancel within 14 days you won't be billed.
Subscribe to News24
Related Links
ABC of Setswana names
The top baby names in South Africa for 2016
Unisex names for kids
Next on Parent24
These are the most popular travel-inspired baby names, according to decades of data