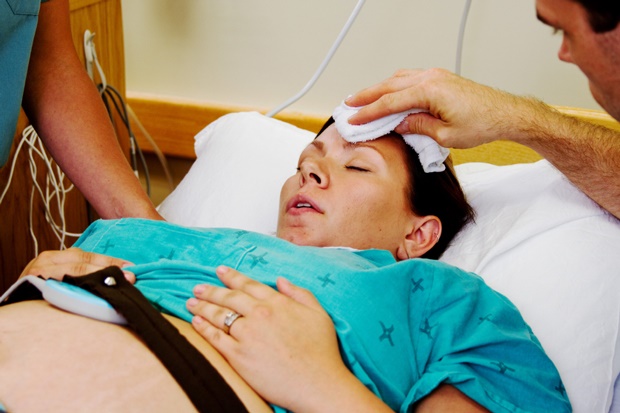 What is the placenta?

The placenta is like a guest who is first to arrive and last to leave; helping behind the scenes to make sure the pregnancy goes well. Even before thefertilised egg touches down onto the surface of the womb, lining cells within its shell have split into two parts – one for the baby, the other for the placenta.

At five weeks, the embryo looks like a tiny seahorse precariously attached to the womb by primitive blood vessels that will soon become the placenta and cord. The primitive placenta makes a hormone called hCG (human chorionic gonadotropin) that sends a message to the ovaries that implantation has been successful.

On receiving this message, the ovaries go on holiday until after mom has stopped breastfeeding. Until then, the placenta takes over their work of making oestrogen and progesterone. Throughout pregnancy, sustainable levels of progesterone keep the baby safe and the womb muscles relaxed. When labour starts, the sudden drop in progesterone triggers the start of contractions.

With every contraction, the placenta is gradually preparing for separating from the wall of the womb. This is a two-part operation: First the separation, then expulsion.

Separation usually begins from the middle of the placenta when there is not enough womb surface to stay attached to. Bleeding is controlled by clotting and by an ingenious method of cutting off the blood supply to the placenta by the mishmash design of the womb-muscle fibres.

When the placenta is ready to come away, it’s gently pulled out (using the cord) like an inverted umbrella. Sometimes the placenta slips out like a button through a buttonhole.

As long as there are no pieces left behind, this is usually described as uncomfortable, but painless. When women have a c-section, the placenta is peeled off manually.

How long does it take?

The third stage can take a few minutes to 60 minutes. It can be helped along by allowing the baby to suckle at the breast (which releases a natural muscle contracting hormone called oxytocin) and also by external womb stimulation (rubbing) or giving an injection called syntometrine.

When the doctor/midwife is ready to deliver the placenta, mom is asked to cough or push and it comes out with a rush of fresh blood that can be frightening if she is not prepared for it.

We live in a world where facts and fiction get blurred
In times of uncertainty you need journalism you can trust. For 14 free days, you can have access to a world of in-depth analyses, investigative journalism, top opinions and a range of features. Journalism strengthens democracy. Invest in the future today. Thereafter you will be billed R75 per month. You can cancel anytime and if you cancel within 14 days you won't be billed.
Subscribe to News24
Related Links
"I gave birth in our car"
What is placenta calcification?
Next on Parent24
Stillbirth: It's not your fault, and this is why